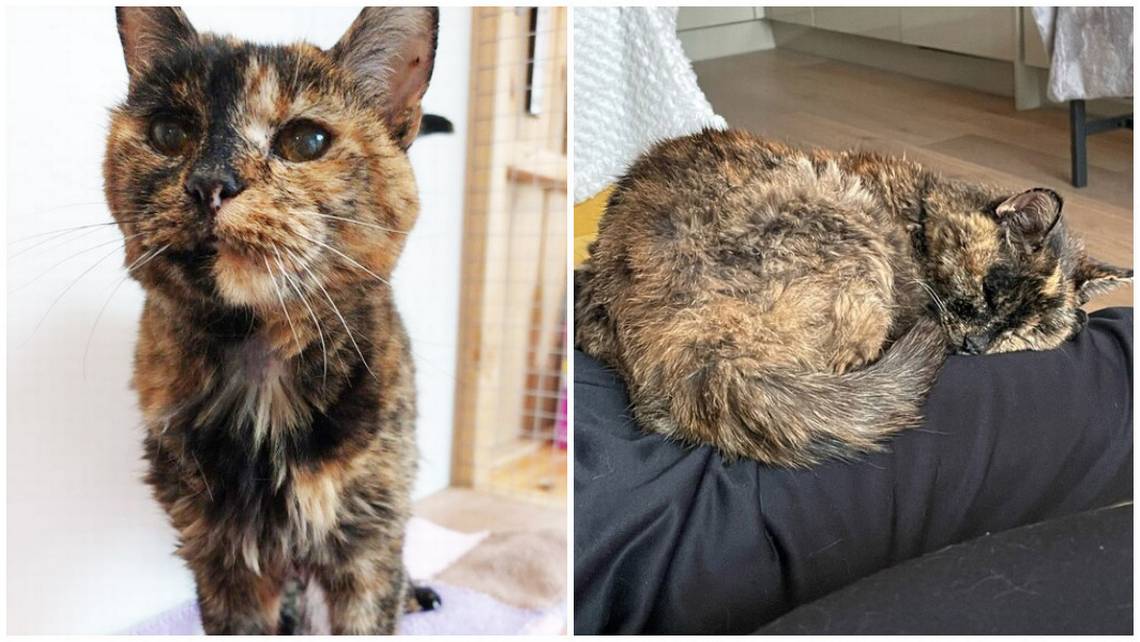 The “world’s oldest living cat” is starting a new chapter.

She’s lived 26 years and 329 days, and she’s nearly 120 in human years. And on Thursday, Nov. 24, Guinness World Records officially recognized her as the oldest cat on the planet.

“Don’t let appearances fool you: Flossie might still be as beautiful and playful as a kitty, but she’s a senior lady,” Guinness said in a news release.

Flossie the British cat has lived a full life. She was spotted roaming the streets in 1995 and lived in a colony of cats close to a hospital.

Hospital workers decided to give each one a home. Flossie was adopted by a hospital worker in December of that year and suddenly “found herself surrounded by love, warm meals and toys,” Guinness World Records said.

The cat lived with that owner for a decade until she passed away. Then, the owner’s sister took the cat in.

“Sadly, after 14 years of living in the new home, the kitty found herself yet again in need of a house when her second owner also passed away,” Guinness said. “She was then aged 24.”

The previous owner’s son took the cat in, but he decided he may not have been the best owner for her at the time.

After Flossie lived with him for three years, the son decided to take the cat to volunteers at the Cats Protection’s Tunbridge Wells, Crowborough and District Branch.

“It wasn’t an easy decision,” Naomi Rosling at Cats Protection said in the news release. “He sought our help when it was in Flossie’s best interests. Responsible cat ownership is when someone thinks about an animal’s needs above their feelings.”

The volunteers, however, were “flabbergasted” by Flossie. They didn’t believe the cat was 27 years old.

The brown and black cat is in great health for her age. She’s “poorly sighted and deaf,” but she’s still playful and unbothered, her current owner Vicki Green told Guinness World Records.

Green met Flossie at Cats Protection. She had experience caring for older cats and welcomed Flossie into her home.

“She was loud for the first few nights because she can’t see in the dark and was a bit confused in her new surroundings, but she sleeps through the night now, snuggled on the bed with me,” Green said.

Flossie has adapted to her new chapter well. She has a yellow blanket she adores, and she loves to cuddle and nap.

“If I’m in such good shape when I’m her age with someone who does what’s best for me when I need it most, I shall be a very happy lady,” Green said.

Flossie could live for much longer. According to Guinness World Records, the oldest cat who ever lived was a full decade older than Flossie. Creme Puff was born in Texas and lived to be 38 years and three days old.

These cat names are the most popular, US report finds. Which others made the list?