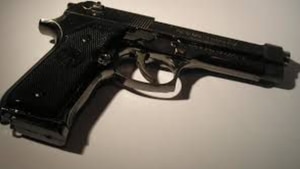 A woman is in the hospital after being shot several times inside her own home, according to Flowery Branch police.

Officers say they were called to a home on Chattahoochee St. just after 11:30 a.m. on Tuesday morning where they found a woman with multiple gunshot wounds in the street.

They were able to apply a tourniquet to the woman and send her to the hospital. She is currently listed as stable.

Investigators quickly identified Fonda Spratt, 56, as the shooter and took her into custody.

Detectives learned that Spratt walked into the victim’s home and confronted her about barking dogs before pulling out a gun and shooting her several times.

“This is incredibly unfortunate and could have ended in catastrophic results. There could have been more innocent individuals injured or killed,” Flowery Branch Police Chief Christopher Hulsey said.

Spratt was charged with two counts of aggravated assault, burglary, reckless conduct and possession of a firearm during the commission of a crime. More charges are possible.