With issues resolved, Bradley to get Iron Fist protection system 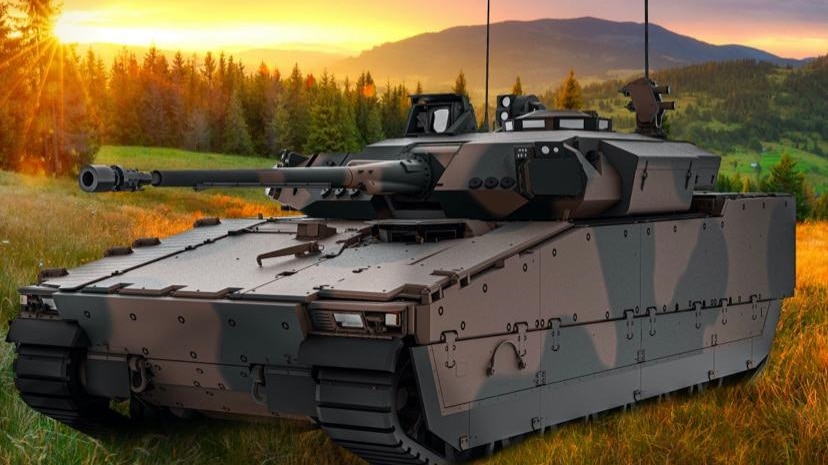 WASHINGTON — Following a redesign of how Elbit Systems’ Iron Fist active protection system is incorporated onto a Bradley infantry fighting vehicle, the U.S. Army is now preparing to field the capability to a full brigade.

The Army has worked toward providing the Bradley fleet with APS technology since receiving a directed requirement to do so in 2016, but the service struggled with the original system and configuration in earlier characterization testing.

“In 2018, with initial testing, we found various areas where the system had some challenges,” Lt. Col. Mario Iglesias, M2A4 Bradley product manager, told Defense News in a recent interview.

The system was only able to counter 50% of incoming threats, Iglesias said.

Israeli company Elbit Systems and Iron Fist’s lead integrator General Dynamics Ordnance and Tactical Systems made significant changes to how the system is installed on a Bradley, and they changed the countermeasure solution. The new version of the system is now called Iron Fist Light Decoupled.

The radars, optical sensors and other parts of the system are now mounted and tuned in different ways, Iglesias said, and the cabling associated with the computer hardware was reconfigured. The biggest change was to the software associated with the ability to correctly identify threats, process information and calculate a response, he added.

“Over the last two, three years, they have been able to mature it to the point that it’s much more reliable, demonstrated in most recent testing,” he said.

The system, in much more challenging and rigorous testing over the course of 2022, is now able to counter threats 70% of the time, he added.

“We truly tested the limits of the system,” Iglesias said. “We fired a lot more shots and, without giving details … we made it so a good amount of those shots were in what we call ‘an operationally relevant environment’ where you have other things operating; we go into areas where there are buildings and other vehicles in the area.”

Additionally, Elbit was able to recently demonstrate in Israel — using the existing Bradley and Iron Fist Light Decoupled configuration — the ability to counter drones while still maintaining the ability to target other threats like rocket-propelled grenades and anti-tank guided munitions.

“That was a capability that wasn’t required as part of our initial requirement, but due to what we see in Ukraine there has been some interest in what we can do to protect our vehicles from UAVs,” Iglesias said.

While the Army has determined the system is good enough to field a brigade set in 2025, “we do not have the funding in order to procure this set,” he explained.

The Army has yet to decide whether the system will go on more Bradleys or other vehicles, according to Iglesias. In the meantime, the service is conducting a limited characterization effort for the medium variant of the Trophy APS currently fielded on Abrams main battle tanks and the StrikeShield system.

The Trophy is made by Israeli company Rafael Advanced Defense Systems. The StrikeShield is produced by Germany’s Rheinmetall American firm Unified Business Technologies.

“We have obtained funding to move out,” Lisa Gronowski, the Army’s product manager for vehicle protection systems, told Defense News in the same interview.

To test both systems, the Army will use a platform-agnostic rig to collect performance data to decide whether the systems work well enough and are suitable for fielding on ground combat platforms, Gronowski said. Testing is to conclude by the end of the fiscal year.

“There is no continued action or phase two level of testing once that’s complete,” she noted.

The Army has yet to determine if there is a solution for the Stryker combat vehicle after the system it originally tested proved unsuitable for the vehicle.

While the Army focuses on delivering Iron Fist to one brigade, the Pentagon’s chief weapons tester noted in his annual report released this month that the Army intends to repeat the testing it conducted in 2022 related to effectiveness and survivability with production-representative systems prior to a limited-user test in fiscal 2025.

The report also said that senior noncommissioned officers, during a soldier touchpoint in September 2022, suggest improvements, such as giving the Bradley commander “the means to select and place protection zones in a standby mode as they load and unload dismount soldiers.”

The report also noted a recommendation that the system alert crew members on near misses so that they can locate and target the origin of the incoming threat.