Why is Walker polling anywhere near Warnock in Georgia’s U.S. Senate race? Tribalism 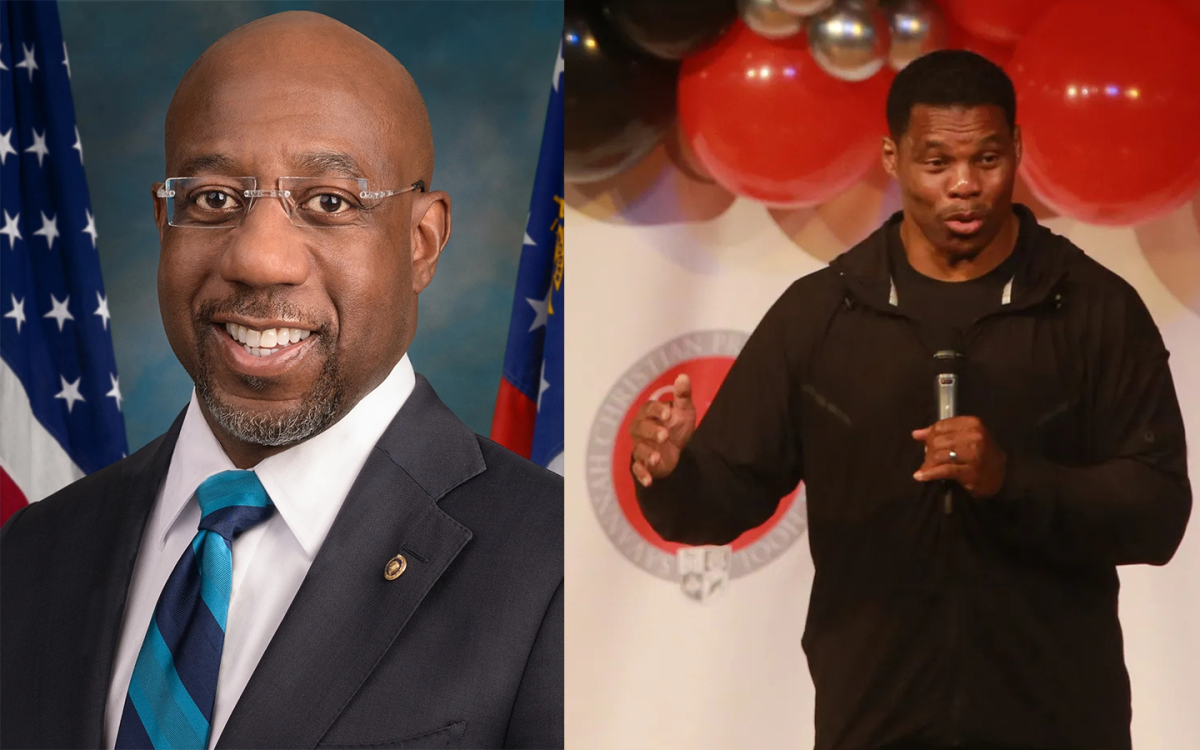 This is a commentary by Jack Bernard, the former chair of the Jasper County (Georgia) Commission and Republican Party. He was also chair of the Association of County Commissioners Tax Committee.

On the surface, Georgia’s U.S. Senate race should be a runaway.

On one side, we have a likeable, respectable incumbent, Sen. Raphael Warnock. He has a good record and no personal or professional baggage.

On the other, we have Herschel Walker, a lying buffoon with a horrible personal history. But the race is still uncomfortably close. Considering the background of the two candidates, the overwhelming question is “why”?

First, let’s look at the polls and the candidates. Lastly, we will examine the broader issues in state and national politics that are affecting the senatorial race.

‘I’m not that smart’: Herschel Walker says ‘he’ll do his best’ in debate against Warnock

The Real Clear Politics organization compiles all of the reputable political surveys. There are four recent relevant surveys.  Two surveys show Walker, arguably the worst candidate that the GOP could offer, ahead. Emerson shows it 46% for Walker and only 44% for Warnock. Trafalgar Group shows Walker beating Warnock, 48% to 47%.

Fox5/Insider Advantage has it 48% Warnock versus 45% Walker. While Fox News shows Warnock getting 46%, ahead of Walker by 4%. The bottom line is the race appears too close to call.

Let’s look at the Emerson poll in detail to determine why Walker is ahead in that survey. Despite an abominable personal history, Walker holds a 49% favorable or somewhat favorable view among Georgia voters. Emerson College Polling Executive Director Spencer Kimball said, “Walker leads Warnock among rural voters 58% to 24%. … in the suburbs, voters are breaking for Walker by a nine-point margin, 50% to 41%.”

Warnock is senior pastor of the famous Ebenezer Baptist Church in Atlanta and active in social movements, advocating for expansion of Medicaid under the Affordable Care Act and for increased voter registration.

Walker grew up in Wrightsville, about 15 minutes from where my wife grew up. His dad worked in the same mine as my wife’s uncle, who knew him well.

Walker has one positive accomplishment – football. As a running back, he played great football for the University of Georgia. He was the best they ever had. And he had a decent professional career. But what about since then?

His business career has been mediocre, although he claims otherwise. He stated his chicken company did $70 million annually in sales, but it was shown to only have $1.5 million in annual profits from 2008 to 2017.

On a personal level, Walker has written about having dissociative identity disorder, formerly known as having multiple personalities. His former wife accuses him of choking her on multiple occasions. And having held both a straight razor to her throat and a gun to her head at various times.

According to her, Walker “said he was going to blow my brains out.” Three years after their divorce, she had a protective order taken out against him.

More by Jack Bernard: Overturning Roe v. Wade was a mistake and will lead to unintended consequences

So, why is the race so close? The answer is tribalism. There are a considerable number of our fellow Georgians who will vote for a party rather than an individual. If someone runs as the candidate from a particular party, he must be fine, regardless of the facts. This must be why Walker, a Republican, is ahead by 34% among rural voters and 9% among suburban voters.

Although Walker’s history is readily available for anyone to see, the underlying question is, “Will it matter”? Will GOP-leaning voters in suburban and rural areas just pull the lever regardless of the facts and vote for all the GOP candidates? In November, we will see.

This article originally appeared on Savannah Morning News: Walker is a flawed U.S. Senate candidate but gets GOP support|Opinion