Why did Putin go to war, and can Ukraine win? A leading Russia historian chimes in 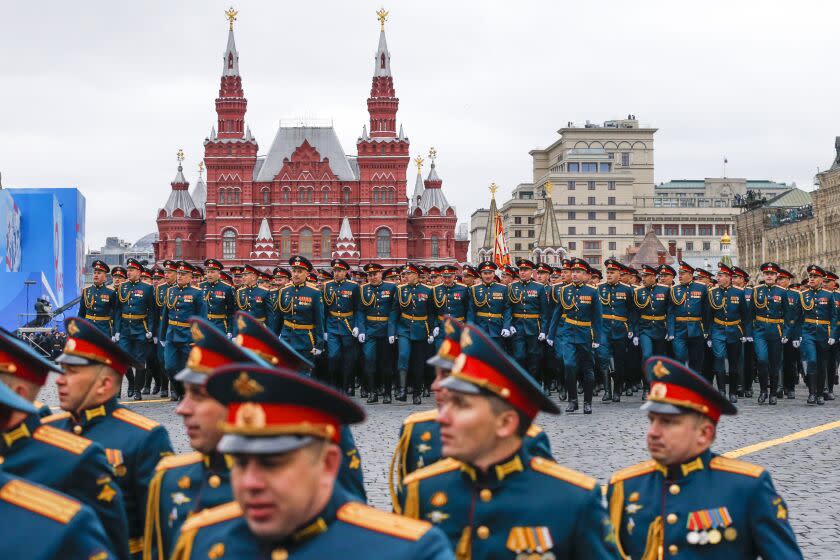 In the early days of the pandemic, British historian Orlando Figes began his “lockdown” book: a survey of the ideas, myths and beliefs that have molded Russians over the last thousand years, drawn from his decades of writing and research into Russian and European history. A prizewinning author of nine books, including “Revolutionary Russia” and “Crimea: The Last Crusade,” Figes delivered the manuscript of “The Story of Russia” to his publishers in the fall of 2021, just as Russian President Vladimir Putin started massing troops on the Ukrainian border.

On Feb. 24, Putin declared war on Ukraine, and Figes had to rewrite his new book’s last chapter as the country’s history once again veered into the territory of conquest, death and destruction. Publishing as the Russia-Ukraine war enters its seventh month, “The Story of Russia” is a superb work of narrative essay. An early review from Kirkus praised it as “a lucid, astute text that unpacks the myths of Russian history to help explain present-day motivations and actions.”

In recent days, the Ukrainian army has retaken significant territory occupied by Russia since the beginning of the war. But winter is coming, and rising energy prices caused by the war will roil the European economy, testing European resolve to continue to support Ukraine. Interviewed on Zoom from his home in Umbria, with follow-up over email, Figes answered questions about the conflict, the politics of repression in Russia and the plight of its young people. The conversation has been edited for length and clarity.

A key theme in your book is that since the very early days of the Russian nation, Russians have longed for an authority figure, from Ivan the Terrible to the czars to Stalin. Is Putin just one of a long line of dictatorial rulers?

There is a power-worshiping mentality of monarchy that is deeply rooted in Russian history. I think the Putin system has built on that, as did Stalin, who consciously built on this need for a czar. And I guess that any opposition or succession to Putin would also have to project power in that way. Dictatorships build their power base by eroding trust in other elements of a state system. Putin is a master of it.

Is longing for an authority figure embedded in the Russian psyche?

I tend to retract from the idea of there being power-worshiping DNA. But the sacralization of power, which I talk about at length in the book, testifies to the power of a godlike czar. The authority that can generate in Russia does seem to be a persistent pattern. But is that anymore a distinctly Russian sort of thing? What about the cult of Donald Trump?

Putin began his career in the KGB. He makes ruthless use of state security to silence his enemies, using exile, imprisonment and even murder. How has the partnership between Russian leadership and the political police shaped the country’s history?

It is an old tradition and goes back to Ivan the Terrible, if not to the Mongols beforehand, that there are enforcers of autocratic power that have license to kill without account. Stalin was arguably the first dictator to rule through the political police, and that became part of the merger between the KGB and now the way politics works in Putin’s Russia. It’s a weird compound of this KGB tradition, which Putin deploys masterfully, and a sort of medieval patrimonialism. You control these oligarchs. You own these people. It’s a very potent mix.

How does this system affect opposition to the war within Russia?

I don’t think we know how infiltrated the opposition is by the police, how much they actually know about what must be quite tiny groups of people operating through Telegram or their underground cells, as they’ve been doing with these fires against military conscription centers.

Putin, with his Stalinist language, talking about traitors and fifth columnists, is incendiary and encourages more surveillance and vigilante groups thinking they’re being patriotic [by] beating up someone who is known to be opposed to the war. That’s probably enough, at the moment, to keep the opposition in a dark corner.

One of your conclusions is that Russia has a “hateful” urge to punish Ukraine, because of Ukraine’s position as a rebellious former colony.

For the Ukrainians, this is essentially a war of liberation from an empire. Russia is behaving in an imperialist way. I don’t think this is genocide. I think that Zelensky’s people have overplayed that, and I disagree with people like Tim Snyder who think it’s genocide. It’s a denial of Ukrainian nationhood.

What I see on the ground is crimes against humanity, war crimes and some pretty horrific atrocities against civilians. We have to wait for the full investigation and the evidence. But what strikes me, from what we know so far, is that this is more in the category of Russian soldiers, or maybe Chechen soldiers, indoctrinated in this idea of Russia’s superiority to Ukrainians, which goes deep back in history.

There’s a tremendous range of views, from people who are now in jail or have been fined because they’ve courageously protested the war, to the Putinite nationalists who support the war. The Soviet legacy is stronger in the older generations. The younger generations are more savvy, because they have used the internet for information; they know how to use VPNs to get the information they need. Young people are less likely to have illusions or swallow the propaganda that state TV feeds out. What they do about it is another question.

The Russian economy is struggling under Western sanctions: how will that affect young people?

It’s a desperate situation for younger Russians who have, over the last 20 years or so, become a dynamic sector, with creative entrepreneurs, technicians, and all the rest of it. I think they’ll just leave. I think Russia will be set back a long ways as a result.

Over the last month Ukraine has retaken significant amounts of territory, and Russian forces seem to be in disarray. What do you make of this development?

It’s a positive development, of course. It shows that the Ukrainians are capable of victory, most likely if the Russian forces fall apart and even mutiny, as they did in 1917. That could force Putin out if he is blamed for the defeat. But there is a long way in this war to go, so first let’s see how the Russians respond in the Donbas. Do they have the forces and morale to capture all Donetsk and declare a victory? We shall see.

How do you think the war will end?

The fighting will go on for a long time. Yet in the end the Russians will be forced to negotiate a settlement, I think. Everything depends on how long the West is prepared to support the Ukrainians. My hope is that it will do so at least until [Ukraine] can negotiate from a position of strength. My fear is that the West will buckle under pressure from consumers hit by the economic crisis. If the Russians target Ukrainian infrastructure, as they have been threatening to, there will be another wave of refugees fleeing Ukraine for the West. Right-wing populists will be the beneficiaries and that will increase pressure on European governments to cut a deal with Putin. The survival of democracy depends on the West remaining united.

Gwinn, a Pulitzer Prize-winning journalist who lives in Seattle, writes about books and authors.