What Releasing Trump’s Tax Returns Tells Us About America 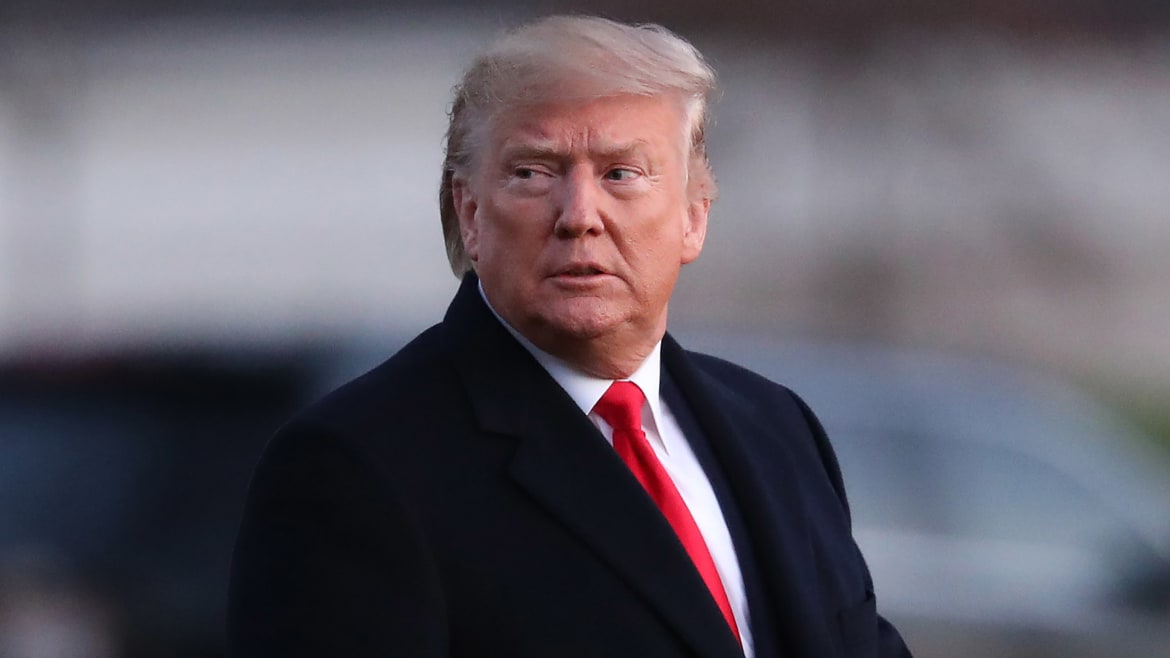 The Supreme Court’s rejection of an emergency request by former President Donald Trump to block release of his tax returns marks the culmination of a three-year legal fight with the House Ways and Means Committee—and the affirmation of a simple law allowing congressional investigators broad access to tax return information.

While it is unclear how quickly the returns will be turned over by the Treasury Department—and just how the work of the Committee may be affected by the anticipated turnover of the House of Representatives to a Republican majority—there is no doubt that the returns contain a potential treasure trove of information that Trump does not want revealed.

Garland Just Undermined Himself by Naming a Trump Special Counsel

The documents may include a fuller picture of the approximately 500 LLCs that Trump uses in his various business dealings by shedding light on just how income from such “pass-through” entities were treated by Trump in his tax filings, as well as information about foreign assets and the charities he claims to fund.

The value of this information may be inferred by how hard Trump has sought to conceal it from scrutiny and how Trump investigators—and Trump haters—have treated his tax returns as a “Holy Grail” for holding Trump accountable. But like all great quests, the end is less important than the means.

The means by which congressional investigators will finally have access to Trump’s returns says much about the state of our country. Unlike every other president since the 1970s, Trump refused to release his tax returns, despite pledging to do so. And when the Ways and Means Committee sought access to them, it was blocked by Trump’s Treasury Secretary Steve Mnuchin—who refused to turn over the tax returns, relying in part on support from Trump’s Justice Department.

After a lawsuit was filed, a Judge Trevor McFadden (a Trump appointee) sat on the case for two-and-a-half years, before finally ruling that the returns should be released. But, the judge still delayed the release until the D.C. Circuit federal court of appeals could rule.

Were Asian Americans Forgotten in SCOTUS Arguments Over Affirmative Action?

After the D.C. Circuit also ruled against Trump—and Trump’s request for a full en banc panel hearing was denied by the appeals court—the release was still thwarted by U.S. Supreme Court Chief Justice John Roberts, who issued a stay of action. Roberts did this on November 3—days before the midterm elections, which at the time were widely expected to result in Republicans taking control of the House of Representatives.

Contrary to Trump’s arguments and his treasury secretary’s contentions, the disclosure of a president’s tax returns to congressional investigators was not unprecedented. In 1973, following increasing concerns over whether President Richard Nixon had been underpaying his taxes, the IRS turned over Nixon’s tax returns to a congressional committee the same day they were requested.

Sound familiar? It should, because in 2020, The New York Times obtained tax return data for Trump, covering more than two decades, that revealed Trump paid no income tax for many years, had engaged in questionable tax practices, and had received more money from foreign sources than previously known.

The scandals of the Nixon/Watergate era have often provided guidance and insight into the abuse of power issues that have arisen with Trump—but there is a critical difference between the political climate of that era and ours. As has often been noted, the three branches united in holding Richard Nixon accountable—with Congress conducting hearings, the federal courts )including the Supreme Court) upholding the validity of the inquiries, including criminal investigations, and Nixon’s own Justice Department refusing to give in to such Nixon demands, like asking that the Watergate special prosecutor be fired.

How Releasing Trump’s Tax Returns Could Save Our Democracy

No such unity has existed vis a vis Trump.

Trump’s Justice and Treasury Departments aided his efforts to shield his taxes, and the federal judiciary added years of delay to the process. As Democratic Rep. Bill Pascrell of New Jersey noted, the quest for Trump’s taxes by the Ways and Means Committee has taken 1,329 days—nearly the length of the American Civil War. Ironically, the Supreme Court ruling against Trump also came on the anniversary of another 1,000 days—namely the anniversary of President John F. Kennedy’s assassination, which ended his 1,000 days in office.

Both of these events marked turning points in American history—the Civil War demonstrating our determination to fight for our democracy, and JFK’s murder marking the end of an what is considered a more innocent time in our history.

In contrast, Donald Trump’s taxes do not seem as monumental but the long fight to get them says much about the dysfunctions of our current system.