What does Taco Bell think of a new Florida competitor? Take a look at the sign 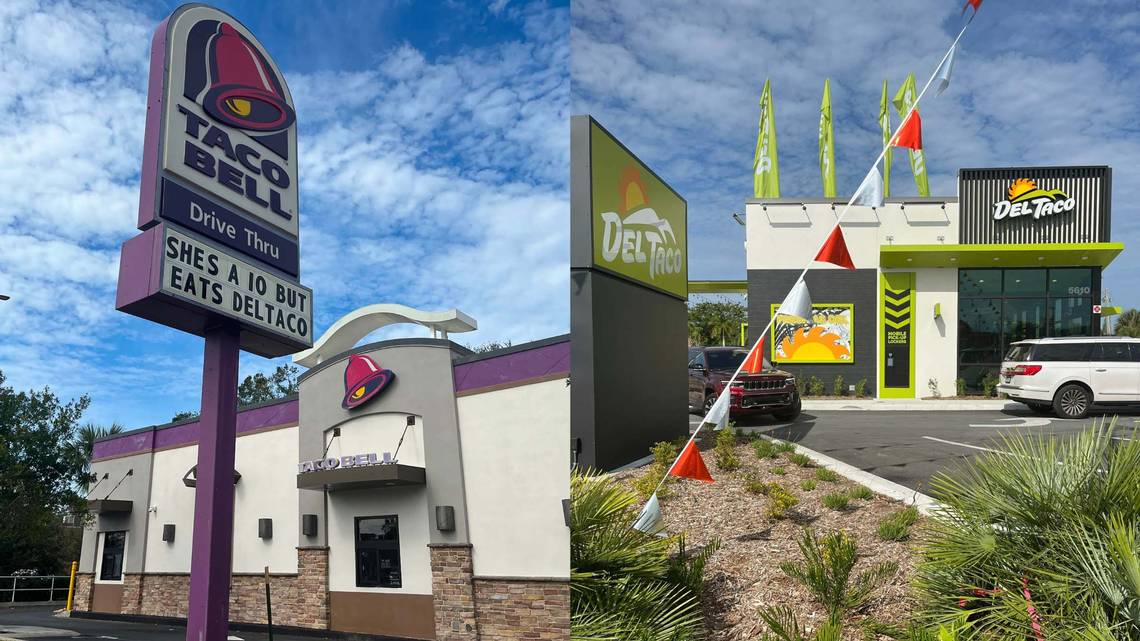 While locals immediately lined up for a new fast food taco option in the area, the Taco Bell just a few lots away on Manatee Avenue West chose to greet the new taco chain with a good old-fashioned sign war.

The phrase “she’s a 10 but …” is a social media meme that started on TikTok and spread to Twitter and other social media platforms this year.

Even though the Taco Bell sign was amusing and may have warranted a rebuttal from Del Taco, the sign battle was one-sided because Del Taco does not yet have a tall road sign.

Having two fast-food taco restaurants on the same street, let alone in the same city, in a growing metro like Bradenton, has sparked a Facebook debate about which is better and why.

Some residents took to a popular Facebook group, “Eff You! I’m from Bradenton!,” to declare the start of a “taco war.”

One poster shared a side-by-side photo of a fake response from Del Taco that said “She must like better tacos,” and the post got over 700 reactions and 100 comments.

One poster shared a very blurry photo of cars lined up for the Del Taco drive-thru at night and got over 200 comments, many of which were joking about the quality of the photo.

“I remember when Taco Bell opened on Manatee Ave it was the same way don’t be judging,” a commenter said.

During the Saturday, Nov. 19, lunch hour, the Taco Bell on Manatee Avenue looked visibly empty, with few cars in its parking lot and drive-thru line.

On the other hand, Del Taco had too many cars coming and going to count. They even had two men using traffic wands to help customers in and out of the parking lot and drive-thru.

Manatee County Government shared in a Facebook post on Nov. 17 that Del Taco celebrated its grand opening at 5610 Manatee Avenue in Bradenton.