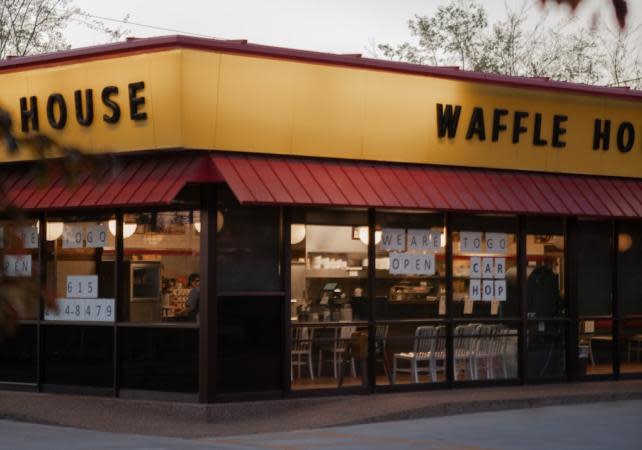 People just want to go to work, make their money, and go home. Although every day won’t go smoothly, most people don’t expect that they’ll end up having to roast a customer. Well, a TikToker by the name of Deyonna recently went viral after sharing a video of the rough morning she had while on the clock at Waffle House.

It was 7 a.m. during the young restaurant server’s shift when she had to let a male diner have it. According to Deyonna, the customer made advances at her but when she turned him down, he began berating her.

Deyonna posted a teaser of the video in August, but it wasn’t long before her TikTok followers wanted to see more.

The video, which has now garnered over 145k plays on TikTok, starts in the middle of their dispute.

The male customer seemingly brings up his wife, who resides in New York, and the two go back and forth before Deyonna replies, ”Your grown ass still doing long-distance? You a little too big for that baby.”

The man then asks for her name, which Deyonna obliges. He then says he’s going to look her up on social media to see what she looks like outside of her work clothes before proceeding to call her “bummy.”

Flabbergasted, Deyonna repeats the insult and faces the camera toward the male customer and his friend.

“Y’all, not a customer told me I look bummy,” she says after hopping back in the video. “And in the morning, he’s wearing these shoes with some grey damn pants. Who are you? Do you have a haircut?”

She continued, “Do you even know me to be talking out your mouth the way you’re talking to me? Like I said,  average Black man who be so disrespectful to black women…you that man!”

Before ending the video, the frustrated waitress compared their smiles, showing her straight teeth to the camera, and warned the unruly customer to “pipe it down.”

So what caused this confrontation? According to Deyonna, she had just gotten to work when the customer at her coworker’s table began calling for her and flagging her down.

Deyonna explains that she chose to ignore the customer because she did not want to intrude on her coworker who was already waiting on his table.  After clocking in for work, Deyonna says the man began calling for her again. She goes on to say that he requested silverware, although her coworker had already brought him some, and he was in the middle of eating his meal when she walked in.

“I would’ve tipped you $20 if you just came over here and gave me some silverware,” Deyonna recalls the customer saying rudely. She then responds, “‘You thought I needed it?’”

It went further when he told the young lady, “Obviously, you needed my tip, you work here.”

Don’t be fooled, Deyonna says she makes bank as a Waffle House server, bringing in $1,000 a week at times, so money is not an issue.

Supporters left comments backing Deyonna for defending herself. Many of the commenters could sense that the customer had ulterior motives.

“He obviously doesn’t have a wife or he’s disrespecting her. A man who has a wife wouldn’t get that mad over that and wouldn’t even try to call you over” one user commented.

“It’s givinnng… he was tryna holla, you weren’t subscribing, and he got mad and tried to belittle you,” another said.

“But he wanted to talk to you. He’s mad because you didn’t give him the time a day and good thing you didn’t,” replied another.