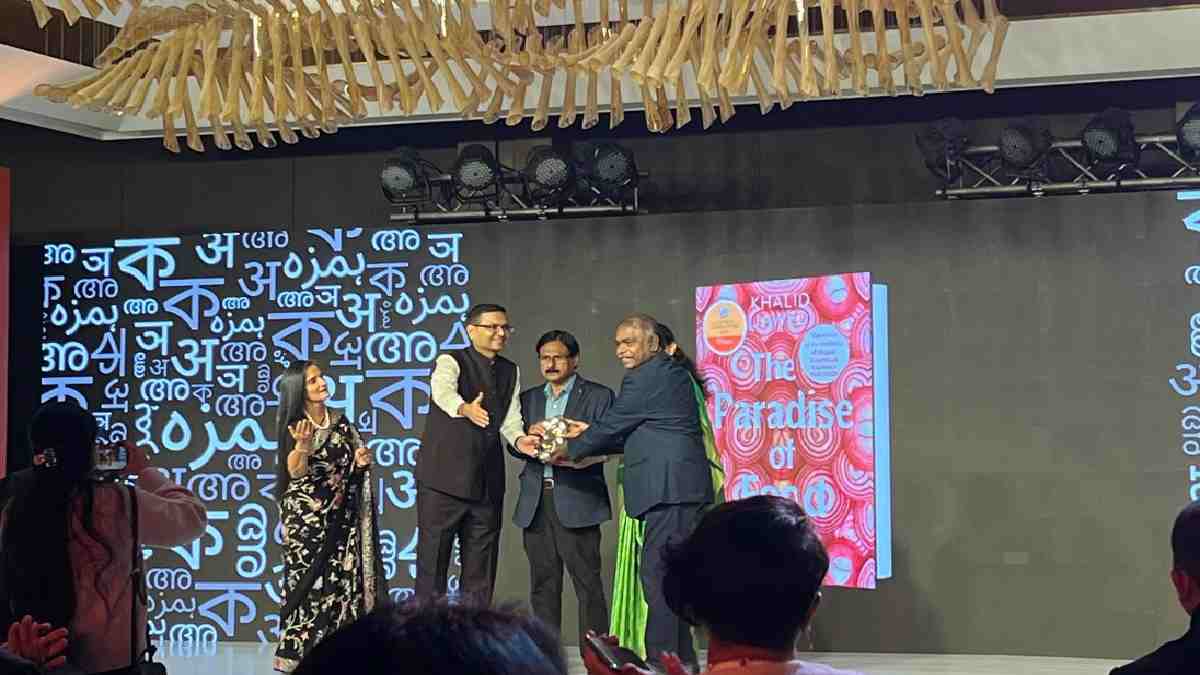 JVB Prize for Literature 2022: Author Khalid Jawed’s ‘The Paradise of Food’ won the fifth JCB Prize for Literature 2022. The book has been translated by Baran Farooqi from Urdu. Khalid Jawed’s book ‘The Paradise of Food’ which was originally published as ‘Ne’mat Khana’ 2014, is the fourth translation to win the award and the first work in Urdu. Urdu writer Khalid Jawed received the prize money of Rs. 25 lakh along with a trophy- a sculpture by Delhi artist duo Thukral and Tagra, “Mirror Melting”. Baroon Farooqi also received an additional Rs. 10 lakh for the award.

Congratulations Khalid Jawed and Baran Farooqi! The 2022 #JCBPrize goes to The Paradise of Food @juggernautbooks pic.twitter.com/eM64SNK06W

JCB prize for Literature 2022: What Khalid Jawed said on winning the award?

Urdu writer Khalid Jawed on winning the award said that he had never expected that his book would win this recognition. Jawed said, “We look for happiness every single day and in different corners of our world. But it is today that I have felt true happiness. I wrote this novel in 2014 and it is today that it has been recognised.”

He further added that it was because of Baran Farooqi’s skill of transporting his world into another world that the novel has been recognized for the award.

2022 JCB Prize for Literature: What is the winning book about?

Khalid Jawed’s ‘The Paradise of Food’ tells the story of a middle-class joint Muslim Family over a span of 50 years where the narrator struggles to find his place, at odds in his home and the world outside.

1. The winner of JCB Prize for Literature 2022 was selected by a panel of five judges, consisting of journalist and editor AS Panneerselvan, author Amitabha Bagchi, author-academician Rakhee Balaram, translator-historian J Devika, and author Janice Pariat.

2. The shortlisted books, which only included translation, also featured the International Booker-winning Novel Tomb of Sand’ by Geetanjali Shree and Imaan by Manoranjan Byapari.

3. It was also the first time that the titles in Hindi and Nepali made it to the shortlist of the Literary Award.

4. The shortlist also included the debut books- Song of the Soil by Chuden Kabimo and ‘Valli’ by Sheela Tomy.

About JCB Prize for Literature

JCB Prize for Literature award was instituted by the JCB Literature Foundation, a not-for-profit company, in 2018 to promote the art of literature in India.