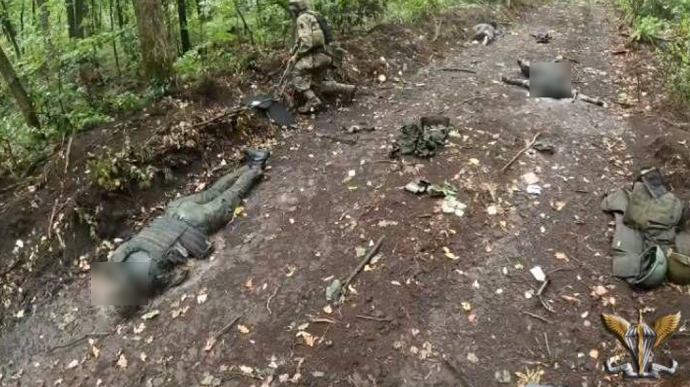 In Donetsk Oblast, paratroopers of the 81st separate airborne brigade of the Ukrainian Armed Forces eliminated a group of Russian troops.

Source: Ukrainian Air Assault Forces of the Armed Forces of Ukraine on Telegram

Details: The Ukrainian military has published photos of eliminated Russian soldiers. Their military ID cards and passports were found at the scene of the battle, and their mobile phones were seized.

In addition, military contract documents were found among the belongings of the occupiers, which were drafted by the Ministry of Defence of the Russian Federation for six months of participation in the hostilities in Ukraine.

Quote: “The pictures show demilitarised invaders, their personal belongings and six-month contracts that allow them to return home properly and give their relatives a new Lada.” (Russian state TV has boasted that families of soldiers killed in Ukraine can buy a brand new Lada car).