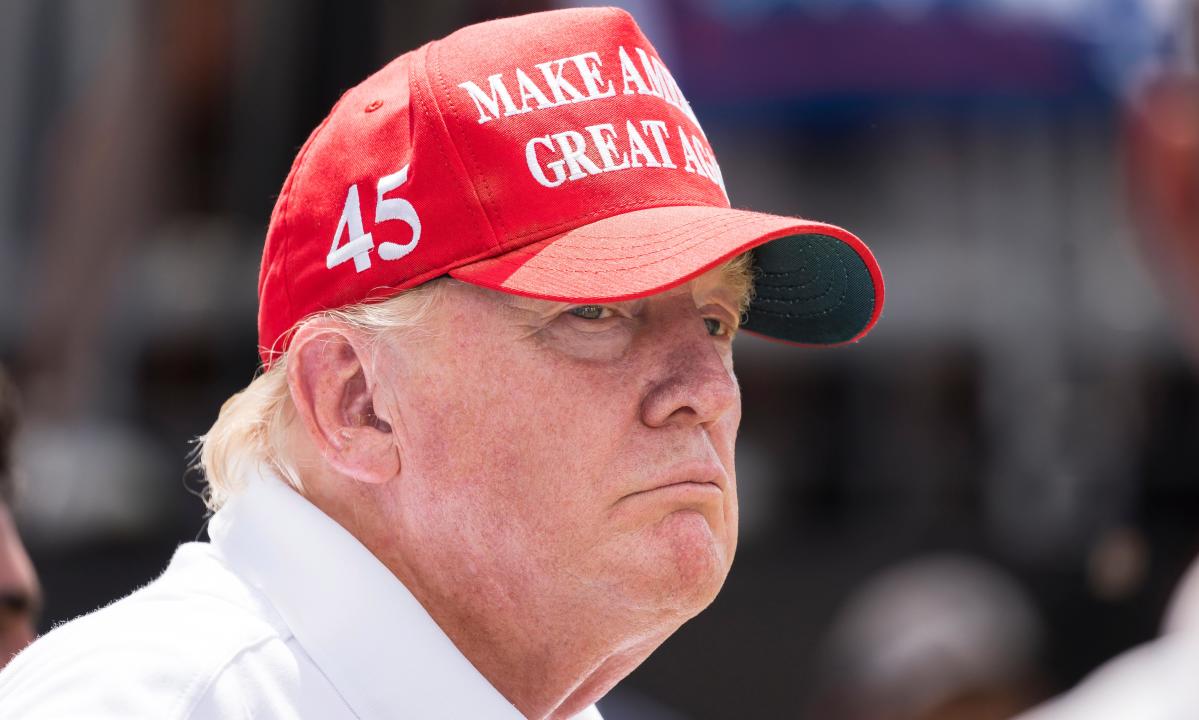 A spokesperson for Donald Trump would not say if the former president knew a notorious Philadelphia mobster, after the two men were photographed together at a Trump-owned golf club earlier this month.

Related: Trump is trying to make a comeback. It’s not working | Lloyd Green

“President Trump takes countless photos with people,” the spokesperson told the Philadelphia Inquirer, which obtained the picture of Trump and Joseph “Skinny Joey” Merlino standing together and making thumbs-up gestures.

“That does not mean he knows every single person he comes in contact with.”

The Inquirer said the picture was provided by a source who requested anonymity. It shows Trump with two men, one unidentified, the other Merlino.

Merlino, the paper said, was once “a leader of a violent crew on his way up to being boss of an organised crime operation active in Philadelphia and Atlantic City” – the latter city one where Trump had casino interests.

Merlino was convicted on racketeering charges in 2001, and spent a decade in prison. He was imprisoned again in 2018, after pleading guilty to a gambling charge, then released in 2020.

Merlino and Trump, the Inquirer said, “share an affinity for golf and an aversion to cooperating witnesses who ‘flip’ to help federal investigators”.

Trump made his view clear in 2018, when his former lawyer and fixer Michael Cohen, who went to jail on campaign finance charges and for lying to Congress, began to cooperate with investigators looking into Trump’s links to Russia.

“It’s called flipping and it almost ought to be illegal,” Trump said then. “It’s not a fair thing, but that’s why he did it. He made a very good deal.”

The same year, after being sentenced, Merlino said: “President Trump was right. They need to outlaw the flippers.”

Trump has regularly been compared to a mafia don, given his penchant for threatening those who do not do his bidding and links to New York organised crime figures including, notoriously, Anthony “Fat Tony” Salerno.

Speaking to CBS in 2013, Trump was asked if he had “ever knowingly done business with organised crime”.

He said: “You know, growing up in New York and doing business in New York, I would say there might have been one of those characters along the way, but generally speaking I like to stay away from that group.

“I have met on occasion a few of those people. They happen to be very nice people.”

Related: US mobster Skinny Joey gets two years in prison – and agrees with Trump on ‘flippers’

Three years later, Trump won the presidency. He lost it in 2020 but is now the only declared candidate for the Republican presidential nomination in 2024.

His campaign has been dogged by controversy, not least regarding extensive legal jeopardy over his business practices, his attempt to overturn his 2020 defeat, his retention of classified documents and an allegation of rape by the writer E Jean Carroll, which he denies.

Soon after Trump announced his 2024 campaign, last November, he ran into trouble when it was revealed he had dinner with the rapper Kanye West, who has expressed extreme, antisemitic views, and Nick Fuentes, a white supremacist activist.

Trump’s defense was that he did not know Fuentes.