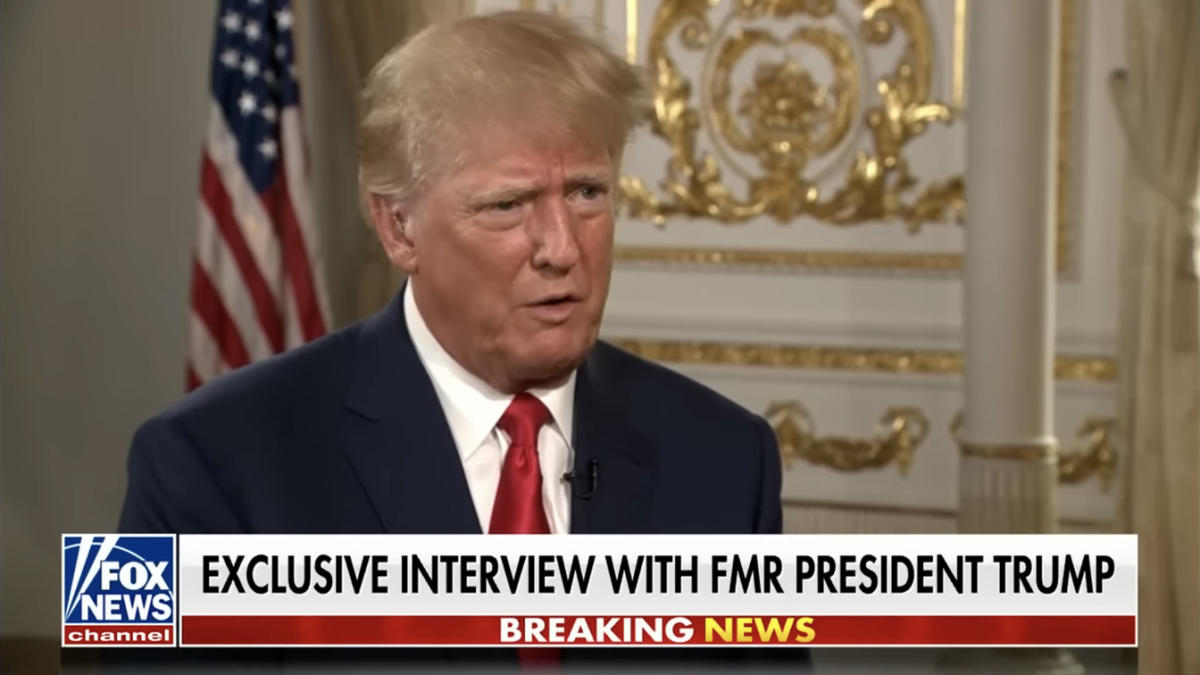 Donald Trump had a tough week — and it’s only Thursday.

With the legal protections he enjoyed while president fading from view, Trump was reminded again and again that the risks from criminal and civil proceedings are greater than at any time since he stepped onto the golden escalator at Manhattan’s Trump Tower in 2015 and declared himself a presidential candidate.

While Trump has spent much of his adult life embroiled in court cases, sometimes avoiding the worst consequences, the last week graphically illustrated that he now finds himself in serious legal jeopardy. He is widely expected to seek the GOP nomination again in 2024.

Last Thursday, Fulton County District Attorney Fani Willis, who is investigating efforts by Trump and his allies to overturn the 2020 presidential election results in Georgia, indicated that she has heard credible information that crimes were committed.

“The allegations are very serious. If indicted and convicted, people are facing prison sentences,” Willis told the Washington Post.

So far, at least 17 people in Trump’s orbit have been notified that they are targets of Willis’ criminal investigation. She told the Post that her team has not decided on whether they will seek Trump’s testimony. But a key piece of evidence is Trump himself speaking: Georgia Secretary of State Brad Raffensperger’s office recorded the president pressuring election officials to “find 11,780 votes” — the exact number needed to reverse his loss to Joe Biden in the battleground state.

In response to Willis’s assessment that her investigation could potentially lead to convictions and jail time for at least some people involved, Trump lashed out on his personal social network site.

“She is basing her potential claims on trying to find a tiny word or phrase (that isn’t there) during an absolutely PERFECT phone call, concerning widespread Election Fraud in Georgia, with Secretary of State Brad Raffensperger and many lawyers and other officials who were knowingly on the line, had no problems with the call, and didn’t voice any objections or complaints about anything that I said on the call which could be construed as inappropriate,” Trump wrote on Truth Social. “A strictly political Witch Hunt!”

Trump’s legal issues are not confined to Georgia. The most high-profile ongoing investigation stems from the Justice Department’s seizure of highly classified documents from Trump’s Mar-a-Lago estate in apparent violation of federal law.

The former president scored a short-lived legal victory last Thursday when a district judge he appointed, Aileen Cannon, ruled that the Justice Department could not continue scrutinizing the documents until a court-appointed special master had reviewed more than 11,000 records in question to determine if any were shielded by executive or attorney-client privilege. The legal wrangling risked significantly slowing down the investigation.

But on Wednesday, a federal appeals court ruled that Cannon had erred in prohibiting the Justice Department from continuing with its investigation into the documents while the special master conducted his review. The three-judge panel of the 11th Circuit Court of Appeals, two of whom were appointed by Trump, unanimously stayed the portion of Cannon’s much-criticized prior ruling.

In its ruling, the appeals court also scoffed at the arguments floated by Trump and his lawyers to explain why he had held on to the documents.

“[Trump] has not even attempted to show that he has a need to know the information contained in the classified documents,” the panel said in its ruling. “Nor has he established that the current administration has waived that requirement for these documents.”

Key to Trump’s legal strategy is his claim that he declassified the documents before storing them at his Florida home and country club.

But on Tuesday, Judge Raymond Dearie, whom Cannon had installed as special master, threw cold water on that assertion. At his first 40-minute hearing with lawyers for the former president and the government, Dearie repeatedly pressed Trump’s legal team on their refusal to present evidence that Trump had in fact declassified any of the material clearly marked as highly sensitive.

“My view of it is: You can’t have your cake and eat it,” Dearie said, adding that he would finish with his review by the end of November.

On Monday, the New York Times also reported that a White House lawyer, Eric Herschmann, had informed Trump late last year that he faced possible legal consequences if he did not immediately return the documents he had taken to Mar-a-Lago.

Herschmann testified before the House Jan. 6 Select Committee about actions taken by Trump and his allies leading up to and following the deadly riot at the U.S. Capitol. He has also been subpoenaed by the Justice Department in its own probe of the attack on the Capitol.

On Wednesday, New York Attorney General Letitia James announced that she was suing Trump and his three eldest children for business fraud, after a long-running investigation into how the Trump Organization allegedly inflated the value of real estate assets in order to obtain favorable loan rates and pay less in taxes.

“I am announcing today that we are filing a lawsuit against Donald Trump for violating the law as part of his efforts to generate profits for himself, his family and his company,” James said at a news conference Wednesday. “The complaint demonstrates that Donald Trump falsely inflated his net worth by billions of dollars to unjustly enrich himself and to cheat the system, thereby cheating all of us.”

If James is able to prove her case in court, the results could be damaging for Trump’s business empire. The lawsuit seeks $250 million in damages, the removal of Trump and his three children from their positions in the Trump Organization, the appointment of an independent monitor for five years to oversee the company’s compliance with the law, a ban on the business’s commercial real estate acquisitions for five years, and a permanent ban on Trump — and Don Jr., Eric and Ivanka Trump — from serving as officer or director of any New York corporation.

James also announced Wednesday that she would file a criminal referral to federal prosecutors and a tax fraud referral to the IRS. That could lead to yet another federal investigations that could result in criminal charges being filed, and, if convicted, Trump could face the possibility of jail time.

In response to the lawsuit, Trump attacked James, who is Black, by baselessly labeling her a racist.

“Another Witch Hunt by a racist Attorney General, Letitia James,” Trump wrote, adding that James was “a fraud who campaigned on a ‘get Trump’ platform, despite the fact that the city is one of the crime and murder disasters of the world under her watch!”

Trump ended Wednesday on Fox News, where he floated another novel explanation for his handling of the classified documents.

A legal expert told Yahoo News that the argument make no sense.

“It is not just nonsense; it is nonsense on stilts. It almost seems delusional,” said Paul Rosenzweig, a George Washington University law professor and former deputy assistant secretary for policy in the Department of Homeland Security