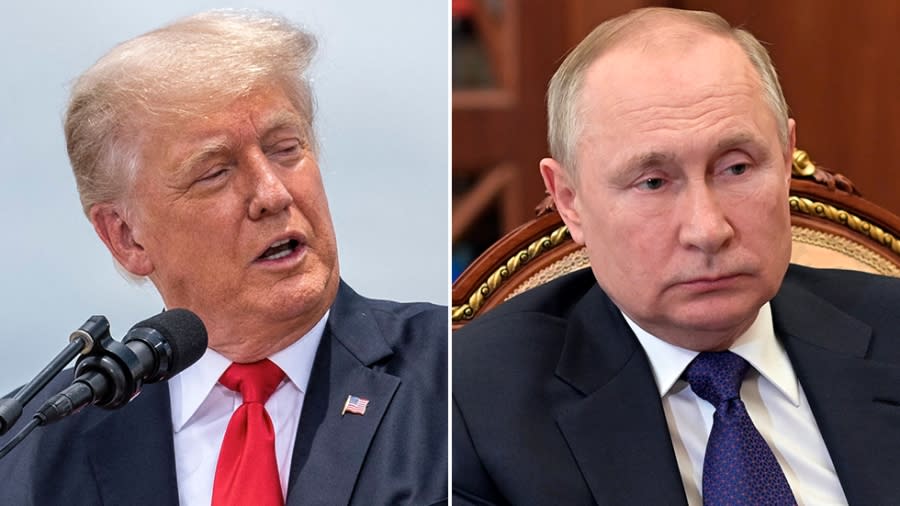 Former President Trump responded Wednesday to Russian President Vladimir Putin’s hinting at being willing to use nuclear weapons in Ukraine, saying that the conflict should never have happened and that it could lead to a world war.

Trump said on his social media platform Truth Social that the conflict would not have come to pass if he were still in the Oval Office.

“But as I have made very clear for quite some time, this could now end up being World War III,” he said.

Putin announced earlier on Wednesday in an address to the Russian people that he was calling up about 300,000 reservists to provide reinforcements to soldiers in Ukraine, where his armies have recently been struggling. He accused Western countries of “nuclear blackmail” and threatened to use Russia’s nuclear weapons.

“This is not a bluff. And those who try to blackmail us with nuclear weapons should know that the weathervane can turn and point towards them,” Putin said.

The Russian president has repeatedly made threats about using nuclear weapons since the full-scale invasion of Ukraine began in February.

Ukraine has retaken control of thousands of square kilometers of its territory as part of a counteroffensive this month.