Trump declares himself the winner of his own club championship 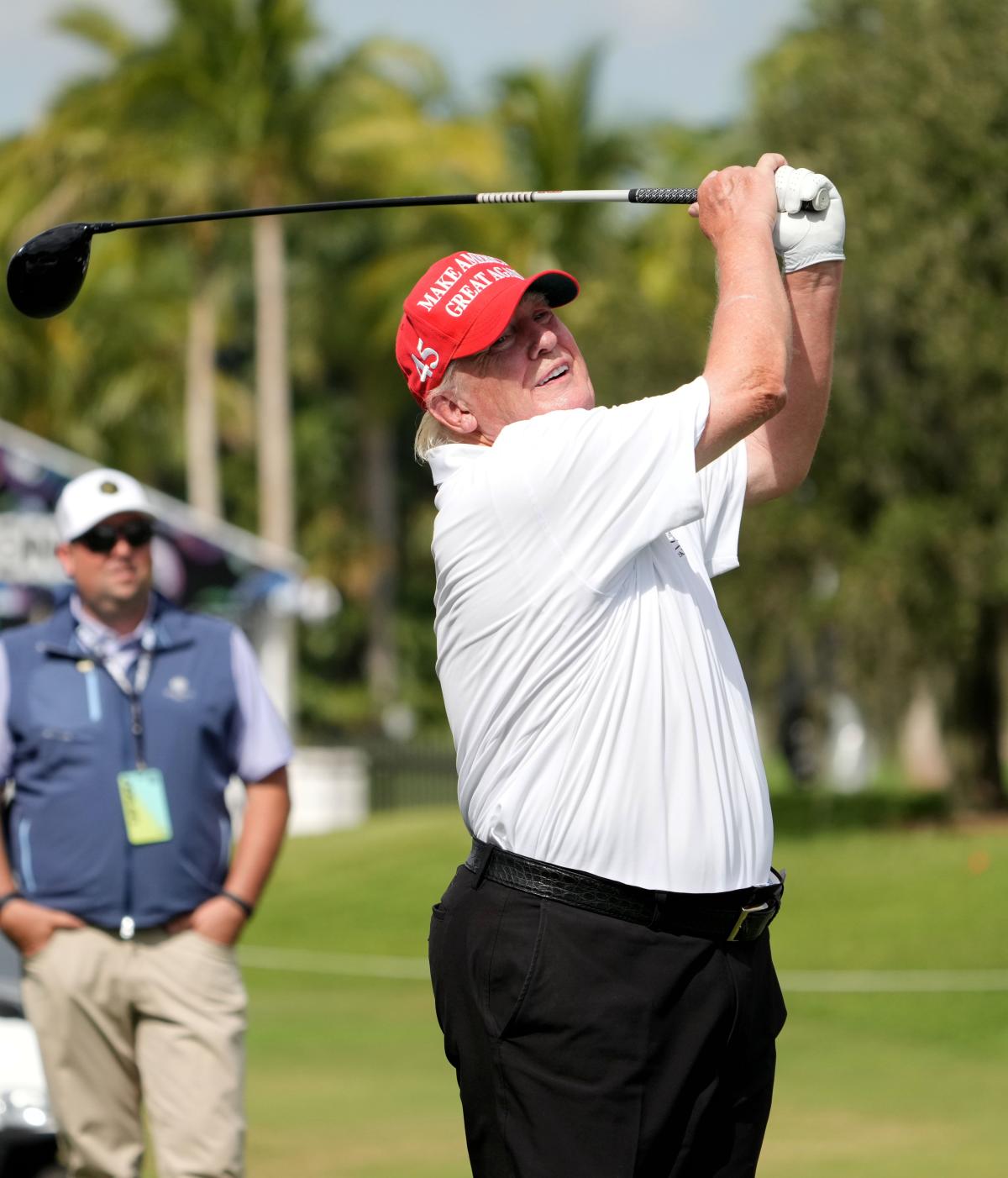 Donald Trump has declared himself a winner … again.

Trump announced on his social media platform on Tuesday that he won the Senior Club Championship at Trump International Golf Club in unincorporated West Palm Beach last weekend, despite not playing the first round of the tournament.

Members arrived the second day surprised to see Trump with a five-point lead, according to the Daily Mail. But Trump never played the first round as he was attending a funeral in North Carolina of ardent supporter Lynette Hardaway, known by the moniker “Diamond” of the conservative political commentary duo Diamond and Silk.

Trump told tournament organizers he played a strong round on the course Thursday, two days before the tournament started, and decided that would count as his Saturday score for the club championship. That score was five points better than any competitor posted during Saturday’s first round.

Trump and LIV:Trump spends LIV pro-am praising his game and proving Joe Biden is in his head | D’Angelo

Trump called it a “great honor” to have won “on of the best courses in the Country, in Palm Beach County,” in his post on Truth Social.

Trump’s Thursday round gave him a score of 40 using the Stableford method, five better than Saturday’s best round, according to the Daily Mail. The Stableford method awards one point for bogey, two for par, three for a birdie and so on.

Trump, the Palm Beach resident and former president who played more golf while in office than any other president, made a hole-in-one on the course in April, a feat verified by Hall of Fame golfer Ernie Els, who was part of Trump’s foursome that day. Trump used a 5-iron on the 181-yard seventh hole.

In October, Trump played in the pro-am before LIV Golf’s season finale at his course in Doral.

This article originally appeared on Palm Beach Post: Donald Trump declares himself winner of his own golf championship