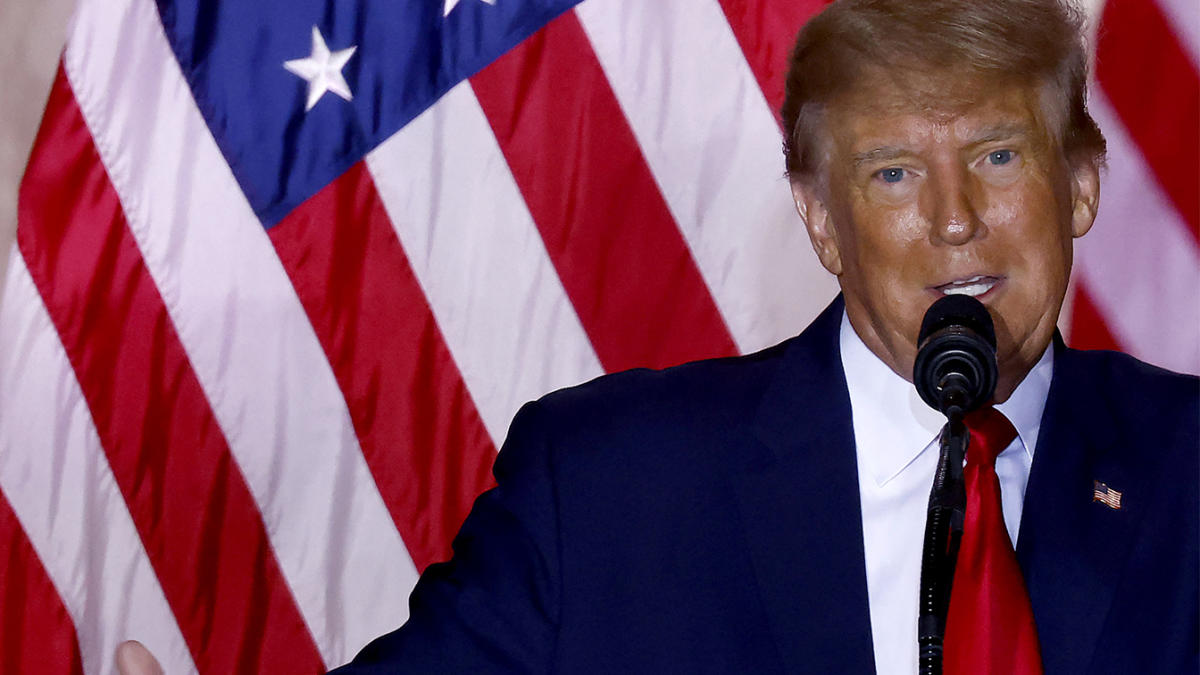 Last week, while announcing his presidential candidacy, Donald Trump said minorities were thriving during his time in office.

“Two years ago, when I left office, the United States stood ready for its golden age. Our nation was at the pinnacle of power, prosperity and prestige, towering above all rivals, vanquishing all enemies and striding into the future confident and so strong,” Trump said at his Mar-a-Lago estate in Palm Beach, Fla., where his campaign will be headquartered.

But advocates and experts say otherwise. Stop AAPI Hate, an organization that was created in 2020 after the rise in anti-Asian hate, believes that people of color were put in harm’s way during the Trump administration.

“During the pandemic, in 2020, [Trump’s] systematic use of [anti-Asian-and-Pacific-Islander] rhetoric really drove a sharp rise in hate incidents, unjust racial profiling and overall deeper divisions across our nation,” Manjusha Kulkarni, the executive director of Stop AAPI Hate, told Yahoo News.

The Center for the Study of Hate & Extremism at California State University, San Bernardino, found that anti-Asian hate crimes increased in 16 of the largest U.S. cities by 145% in 2020, during Trump’s time in office.

“Asian Americans are VERY angry at what China has done to our Country, and the World. Chinese Americans are the most angry of all. I don’t blame them!” Trump tweeted on May 12, 2020.

In 2020, Trump posted at least two dozen tweets that used negative rhetoric against Asian Americans, and the tweets were shared over 1 million times, according to Stop AAPI Hate.

“I feel like we’re still really paying for the cost of Trump’s presidency and his extreme rhetoric and dehumanizing of communities of color,” Sung Yeon Choimorrow, the executive director of the National Asian Pacific American Women’s Forum, told Yahoo News.

However, Kulkarni said it’s not just Trump’s rhetoric that harmed minorities but also the policies implemented during his administration.

“The immigration ban that suspended visas from China, [the] ban on Chinese students and researchers, policies targeting the use of WeChat and even the ban on federal racial sensitivity training. Those were some of the ones that had a truly devastating impact on our communities,” she said.

Two years after Trump’s time in office, Asian American communities say they are still dealing with the impact of his decisions.

“Many of our community members are being targeted, whether it’s violence in the streets or some sort of discrimination, but we’re still facing that. So that’s like a very in our face still present threat to our safety,” Choimorrow said.

In the 2020 presidential election, Black Americans largely voted for Joe Biden, with over 90% voting against Trump. Four in 10 of Biden’s votes came from Black, Hispanic and Asian American voters, though Trump did make gains among Hispanic voters, according to Pew Research Center.

“We know who’s good for us, we know what’s best for us. We feel like Trump did not represent our values and did not help our communities,” Svante Myrick, president of People for the American Way, a progressive advocacy organization, told Yahoo News.

Some minority voters have expressed support for Trump. Mateo Mokarzel, a graduate student in Texas, told BBC News in 2020 that Trump’s policies and ideals protect the United States. “He has a strong nationalist stance, and they try to portray that as racist,” he said. “Protecting your borders and building up your economy is something most Americans want. I don’t see how that’s racist or some kind of dog whistle.”

Others have argued that Trump made key strides in the right direction for minorities and criminal justice reform. In 2018, the Trump administration commuted Alice Johnson’s sentence and signed into law the First Step Act, which increased prisoner rehabilitation efforts and gave judges more leeway with the sentencing of drug offenders.

Actor Isaiah Washington praised Trump at the time for passing the legislation. “I voted for 44 twice. I even checked my emails in his Senate Office while lobbying for Salone to be given another chance to rebrand. Not once in 8 years was I given any support regarding Africa or the Black Agenda, but 45 invites me to the WH to celebrate the #FirstStepAct,” Washington tweeted.

But advocates say the First Step Act had overwhelming support before Trump got involved. “He’s trying to take credit for something that would have happened with or without him, which is, you know, frankly, typical Trump,” Myrick said.

Myrick says Trump left a lasting impact on marginalized communities after he confirmed three conservative justices to the U.S. Supreme Court during his tenure.

“Ethnic minorities did not thrive. In fact, [Trump] was able to nominate no Black individuals to any appellate federal court in the country,” Carl Tobias, a law professor at the University of Richmond, told Yahoo news.

“We’ve already seen those effects: abortion, health care, voting rights, all of those areas where he did things that helped himself and the Republican Party,” he said.

Advocates say they are still working to reverse the damage from Trump’s time in office. “I think if he were to get reelected, it’s going to give him the megaphone, the microphone, again, to reignite that kind of racism and bigotry. As if we don’t already have enough of it in this country, I just think it’s going to be worse,” Choimorrow said.

As potential candidates prepare for the 2024 presidential election, minorities say they are depending on each other to show up to the polls and vote.

“I think the greatest evidence of accountability [for Trump] is the fact that he was not reelected [in 2020]. Seven million more people voted for his opponent than for him across the United States,” Kulkarni said.