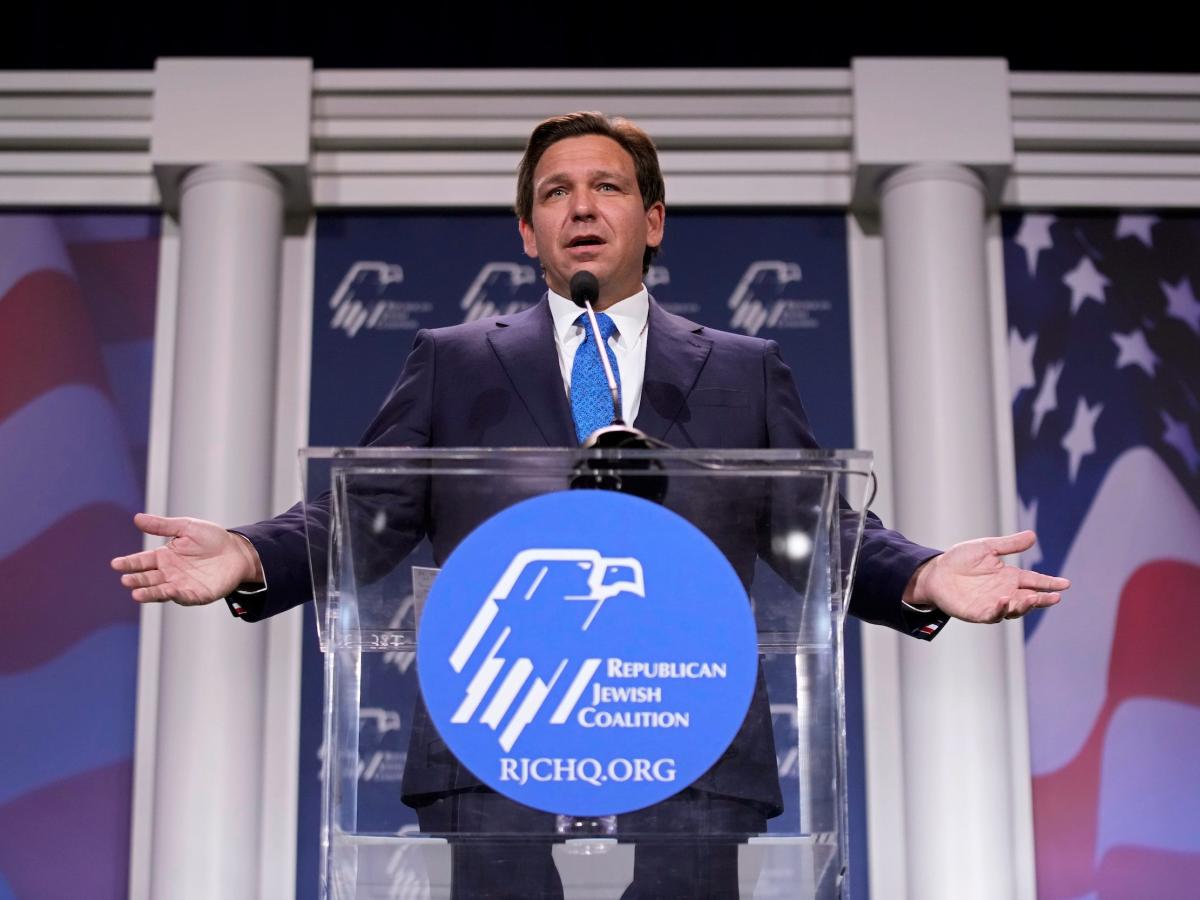 Top Republicans in the Florida legislature said Tuesday that they’d be willing to change state election law so that Gov. Ron DeSantis could run for president without resigning from his current job.

“I think that’s a great idea,” Florida House Speaker Paul Renner said in a press conference with reporters at the state capitol, when asked about potential changes to the state’s so-called “resign to run” election law in the forthcoming legislative session. “I think we’ll look at that.”

Senate President Kathleen Passidomo echoed Renner’s comments, saying it would be an “honor” to have someone from Florida running for president. She agreed with Renner it would be a “good idea” to change the law. “If an individual who is from Florida, who is a Florida governor, is running for president, I think he should be allowed to do it,” she said.

Under current Florida law, if DeSantis were to run for president then he would have to resign his post as governor — even if he eventually lost the presidency. Candidates have 10 days to resign after they qualify for federal office, but how exactly that is defined when it comes to the presidency isn’t clear and has been open to different interpretations, according to The Miami Herald.

DeSantis may have to resign either if decides to run for president, if he were to secure the GOP nomination, or if he wins the presidency. The text of the law reads, “Any officer who qualifies for federal public office must resign from the office he or she presently holds if the terms, or any part thereof, run concurrently with each other.”

Either way, a clarification from the legislature would make it easier for DeSantis to run for president and return to his post in the governor’s mansion if he doesn’t succeed. The legislature loosened the law in 2008 when then-Gov. Charlie Crist, a former Republican, was a running mate contender for GOP presidential candidate John McCain — but then changed it back in 2010.

DeSantis hasn’t tried to tamp down speculation that he might seek a White House bid, and hasn’t committed to serving out all four years as governor.

There’s a push among Republican donors and right-wing media to get him to run. A total of 33% of potential GOP primary voters said they’d vote for DeSantis today, shows a Morning Consult/Politico tracking poll released November 15. But he’s still 14 percentage points behind former President Donald Trump, who made his presidential run official in mid-November.

On Election Day, DeSantis commanded a 20-point victory in Florida, and along with it came a Republican supermajority in the Florida House and Senate that is likely to be deferential to the governor’s priorities. Both Renner and Passidomo were elected to their leadership posts on Tuesday, after which they took questions from the press.

It’s not clear whether DeSantis would want to hold down the grueling task of running for president while also leading the third-largest state in the US. DeSantis resigned from the US House when he ran for governor. If he were to resign the governorship then Lt. Gov. Jeanette Nuñez would replace him, becoming the first woman to become governor of Florida.

November 22, 2022: This story has been updated with additional quotes from Senate President Kathleen Passidomo.