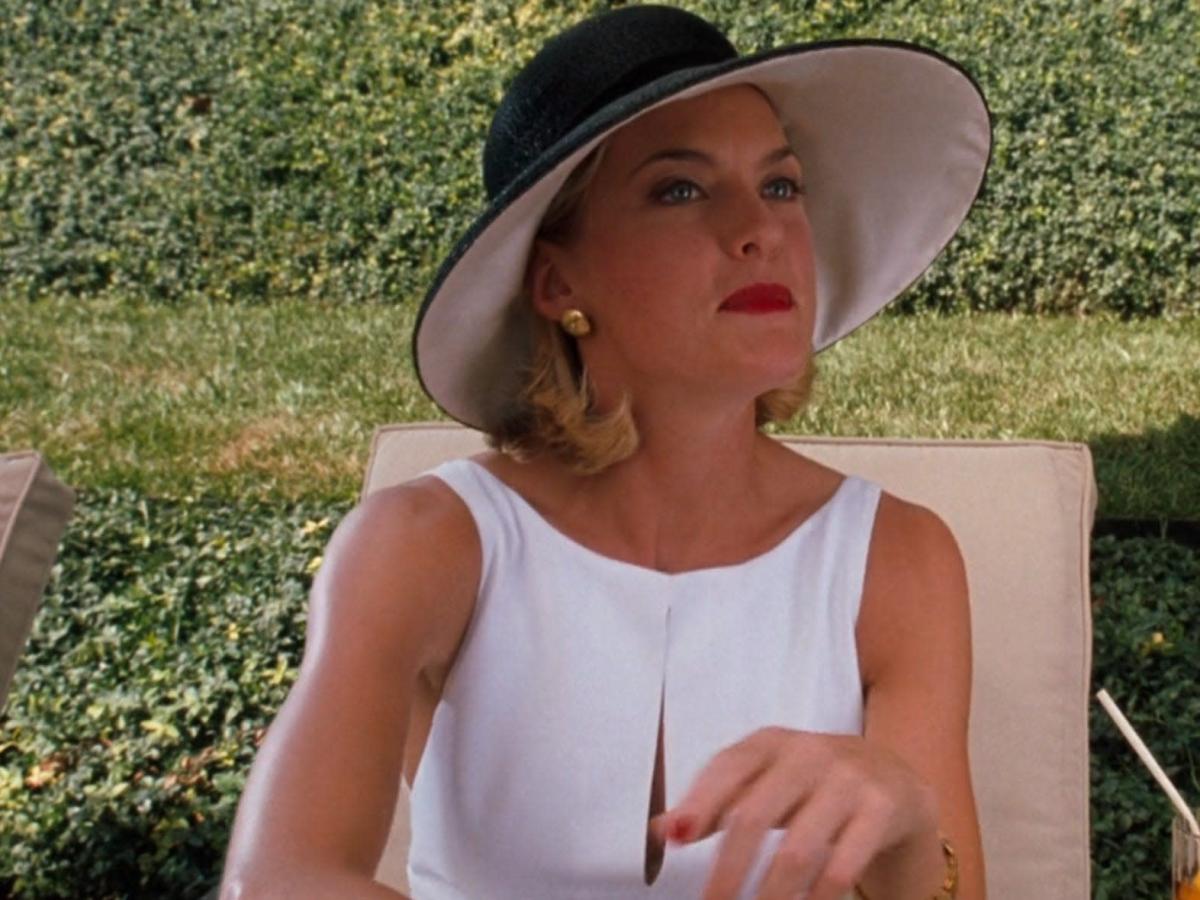 Actor Elaine Hendrix has gone viral with a TikTok video rethinking the movie “The Parent Trap” to commemorate the 24th anniversary of its release. Hendrix, who plays villain Meredith Blake in the movie, has inspired people to question whether her character was really as bad as she seemed.

“The Parent Trap,” which was released in 1998, sees Lindsay Lohan playing 11-year-old identical twins Annie and Hallie, who were separated at birth and each raised by one of their parents, meeting for the first time at a summer camp and then plotting to get their parents to reconcile.

Hendrix played Meredith Blake, a glamorous woman engaged to the twins’ father, a vineyard owner called Nick. Meredith is portrayed as the “villain” of the story who stands in the way of the family being reunited, even saying she wants to “ship those brats off to Switzerland” after the wedding.

On July 29, exactly 24 years after the movie premiered, Hendrix posted a TikTok video referencing her character. It showed Hendrix opening a bottle of wine while “Easy On Me” by Adele played in the background. On-screen captions began, “He’s a 10 but,” referencing a popular meme where people point out perceived shortcomings that make a potential romantic partner unappealing.

“He’s a 10 but he had twins he secretly separated at birth when he broke up with their mother and didn’t tell you about it until the twins discovered each other at camp and swapped places to try and get their parents back together,” the text read.

It went on to describe events depicted in the movie from Meredith’s point of view, including the “pranks” Annie and Hallie played on her during a camping trip such as putting a lizard on her head and pushing her air mattress in the lake while she slept.

Hendrix’s video has received 1.6 million likes and 6.7 million views, making it one of the most popular she’s ever posted.

Several comments under the video were accompanied by the hashtag #justiceformeredithblake, with one person writing, “She was a successful woman who fell for a hot wine dad who lied about his family and was still in love with his ex.”

Other comments read, “Poor Meredith. You can do better,” and “Growing up is realizing Meredith Blake was a victim of circumstance not a villain.”

Posts arguing “Meredith Blake was not the villain” have circulated in the past, including a TikTok video posted by E! News in July 2021 which shows Hendrix in character explaining why Meredith was unfairly maligned.

Meredith’s fashion style in the movie has also garnered praise on the platform, with creators calling her outfits “iconic.”

Hendrix has nearly 700,000 followers on her TikTok account and has made other videos referencing “The Parent Trap” before, with comments under several videos telling her that they “loved” her role in the movie.

For more stories like this, check out coverage from Insider’s Digital Culture team here.