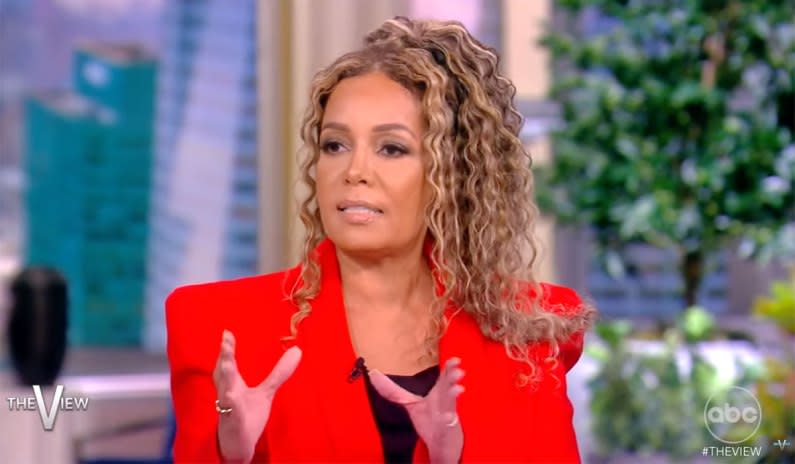 The View co-host Sunny Hostin landed herself in hot water for the second time this week when she suggested Republican Latinos “vote against their own self-interest.”

The show’s hosts were discussing recent comments by former Trump White House senior adviser Jared Kushner, who said that President Biden’s push to overturn former President Trump’s border policies has created a “catastrophe” at the southern border and that seeing migrants “being used as political pawns one way or the other is very troubling to me.”

Hostin said: “That’s what’s so interesting to me, that there are so many Latinos that vote Republican because they vote against their own self-interest. If you really are interested in these types of issues, then you’re a Democrat.”

Hostin’s comments on Friday are far from the first time she has suggested people of color must be Democrats.

She also previously came under fire for claiming “black Republicans” are an “oxymoron” and for accusing CNN commentator Van Jones of being a “chameleon” and giving “racial cover” to former president Donald Trump.

Earlier this week she was widely criticized for suggesting former ambassador to the United Nations Nikki Haley uses “Nikki” as her first name to hide her Indian heritage.

“There are some of us that can be chameleons and decide not to embrace our ethnicities so that we can pass, so that we don’t have to go by …” Hostin said on Tuesday’s show.

She was then interrupted by co-host Sara Haines who said: “Sunny! You go by a different name!”

Hostin, who was born Asunción Cummings and goes by the nickname “Sunny,” replied: “That’s because most Americans can’t pronounce Asunción because of the undereducation in our culture.”

Haley responded to a clip of the interaction in a tweet on Tuesday saying: “It’s racist of you to judge my name. Nikki is an Indian name and is on my birth certificate—and I’m proud of that. What’s sad is the left’s hypocrisy towards conservative minorities. By the way, last I checked Sunny isn’t your birth name…”

Haley, who was born Nimarata Nikki Randhawa, has been called “Nikki” since she was born. Her parents immigrated to the U.S. from India.

USA Today debunked claims last year that Haley had changed her name to “get ahead” in politics. “Nikki” is a common nickname that means “little one” in Punjabi.

Haley is the former governor’s married name that she adopted after she wed husband Michael Haley in 1996 — six years before she entered politics, according to USA Today.