The Mirage hotel in Las Vegas was locked down and one person was found dead in a hotel room shooting: police 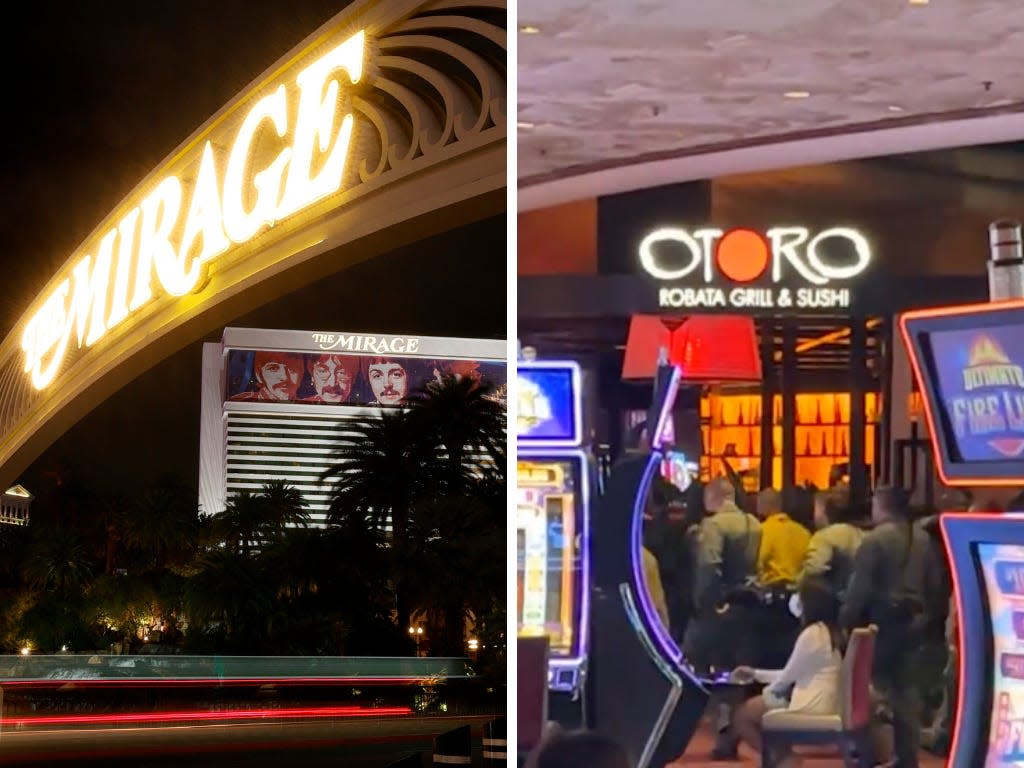 The Mirage hotel in Las Vegas was put under lockdown on Thursday night after reports emerged of a shooting in a hotel room.

The Las Vegas Metropolitan Police Department wrote in a tweet that it was investigating a shooting incident and that one person had been pronounced dead.

“We are investigating a shooting in a hotel room at the Mirage. One person has been pronounced deceased,” the department wrote. “This is an active investigation and we will provide more information as it becomes available. Please avoid the area.”

Eileen De La Cruz, a guest at the hotel, told Insider that they saw “security running in the casino” at around 8 p.m. and did not  “think anything of it.”

“Than we tried to walk to the strip and they wouldn’t let us out. We asked what was going on they said nothing. There was never any announcements asking us to stay in our rooms or anything,” she said.

She told Insider she saw a stretcher being brought in, but did not see anyone leaving on it.

As of press time, it was unclear if lockdown had been lifted.

Ronald Hohmann, who was in The Mirage at the time of the incident, posted a video to Twitter showing a group of uniformed officers moving through the premises. Hohmann told Insider he heard there had been a shooting in one of the rooms.

Another video from the scene appeared to show a group of law enforcement officers moving through the premises.

Photos and videos from the scene showed what appeared to be crowds of people being held near one of the hotel’s entrances.

NPR digital news director Saeed Ahmed reported that access to the second and eighth floors had been blocked, with staff citing an ongoing investigation.

Videos from the scene also showed police cars parked outside the hotel’s premises.

8 News Now anchor Sasha Loftis reported at 11 p.m. — around two hours after news of the lockdown first emerged — that the crime scene tape in front of The Mirage was taken down, and that guests were being allowed back in.

Representatives for The Mirage did not immediately respond to a request for comment from Insider.

This is a developing story. Please check back for updates.