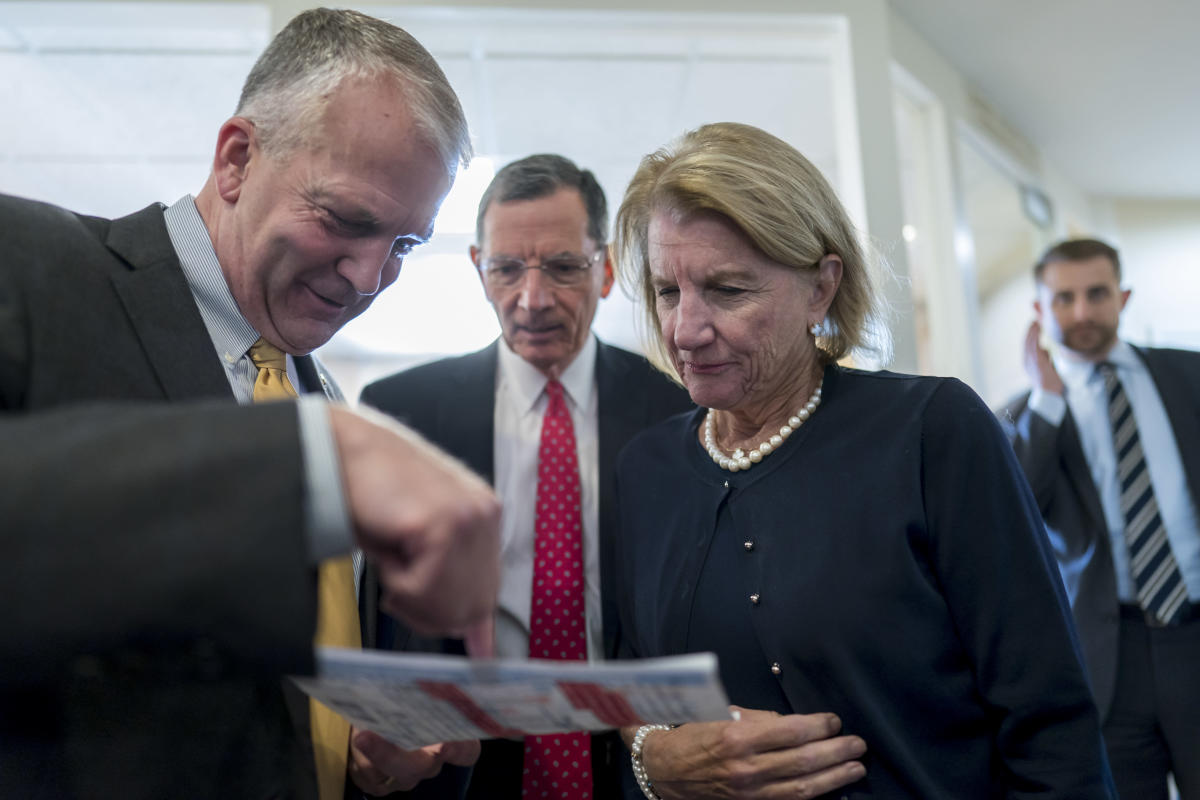 WASHINGTON (AP) — In a surprise victory for Republicans, the Senate on Thursday voted to overturn a Biden administration rule requiring rigorous environmental review of major infrastructure projects such as highways, pipelines and oil wells — a victory enabled in part by Democratic Sen. Joe Manchin of West Virginia.

Manchin, a key player on energy and climate issues and a swing vote in the closely divided Senate, joined Republicans to support the measure, which was approved 50-47. The vote comes as Manchin has proposed a separate list of legislative measures to speed up federal permitting for major projects in return for his support of a Democratic bill to address climate change.

Republicans voted unanimously to overturn the Biden permitting rule, while Manchin was the only Democrat to support it. Three senators were absent: Republican John Cornyn of Texas and Democrats Patrick Leahy of Vermont and Jeff Merkley of Oregon. The vote sends the measure to the Democratic-controlled House, where it is unlikely to move forward.

Still, the vote signaled strong Senate support for action to reform the often onerous federal permitting process, which can take up to eight to 10 years for highways and other major projects. Streamlining federal review is a top Manchin and GOP priority that is not shared by most Democrats.

Sen. Dan Sullivan, an Alaska Republican, sponsored the measure to overturn the Biden rule, saying new regulations under the National Environmental Policy Act, or NEPA, will further bog down the permitting process and delay critical infrastructure projects the country needs.

The Biden rule — which overturns an action by the Trump administration loosening environmental reviews — requires regulators to consider the likely impacts on climate change and nearby communities before approving major projects. The new requirement “is going to add to the red tape” that prevents major infrastructure projects from being approved in a timely manner, Sullivan said.

“The only people, in my view, who really like this new system are radical far-left environmental groups that don’t want to build anything … and probably the Chinese Communist Party,” he said on the Senate floor. China and other competitors likely “love the fact that it takes 9 to 10 years to permit a bridge in the U.S.A.,” Sullivan said.

“For years I’ve worked to fix our broken permitting system, and I know the (Biden) administration’s approach to permitting is dead wrong,” Manchin said in a statement. “Today’s vote to repeal these burdensome NEPA rules is a step in the right direction, but unfortunately this legislation is dead on arrival in the House. That’s why I fought so hard to secure a commitment (from Democratic leaders) on bipartisan permitting reform, which is the only way we’re going to actually fix this problem.”

The new rule, finalized this spring, restores key provisions of NEPA, a bedrock environmental law that is designed to ensure community safeguards during reviews for a wide range of federal projects, including roads, bridges and energy development such as pipelines and oil wells. The longstanding reviews were scaled back under former President Donald Trump in a bid to fast-track projects and create jobs.

The White House Council on Environmental Quality said in implementing the new rule that it should restore public confidence during environmental reviews. The change could actually speed up projects by helping to “ensure that projects get built right the first time,” said CEQ Chair Brenda Mallory.

Projects approved by the Trump administration were frequently delayed or defeated by lengthy court battles from groups challenging environmental reviews as inadequate.

Manchin, who brokered a surprise deal last week on climate legislation with Senate Majority Leader Chuck Schumer, said he’s won promises from Biden and Democratic leaders in Congress to pursue permitting reforms in the Senate to speed approval of projects in his energy-producing state and across the country. Manchin’s wish list includes swift approval of the controversial Mountain Valley natural gas pipeline in his home state and Virginia. The pipeline is nearly complete but has been delayed for years by court battles and other issues.

Manchin’s list includes a number of in the proposals supported by Republicans, including a two-year deadline on environmental reviews; changes to the Clean Water Act; limitations on judicial review; and prompt action on projects determined by the Energy secretary to be in the national interest.

Environmental groups have decried Manchin’s proposals as counter-productive to the climate legislation and a threat to the environment and communities where projects would be built.

Madeleine Foote, deputy legislative director of the League of Conservation Voters, dismissed the Senate vote Thursday as “nothing more than a Republican-led stunt to appease their fossil fuel-industry allies.”

Foote and other environmentalists said strong NEPA review is needed to ensure that those most affected by an energy project have a say in the projects built in their communities.

“Thorough, community-based environmental reviews are critical to helping eliminate environmental racism and making sure low-income communities and communities of color are protected from polluters who want to build dirty, toxic projects in their backyards,” Foote said.

She called on Congress to approve the Manchin-Schumer climate bill as soon as possible. Schumer said votes on the bill are likely this weekend.

Kabir Green, director of federal affairs at the Natural Resources Defense Council, another environmental group, said Americans are “seeing the effects of climate change in catastrophic detail, from the heat waves in Texas to wildfires in New Mexico to the devastating flooding in Kentucky. But the Senate is voting to prevent the federal government from considering climate change when making decisions. This makes no sense.”