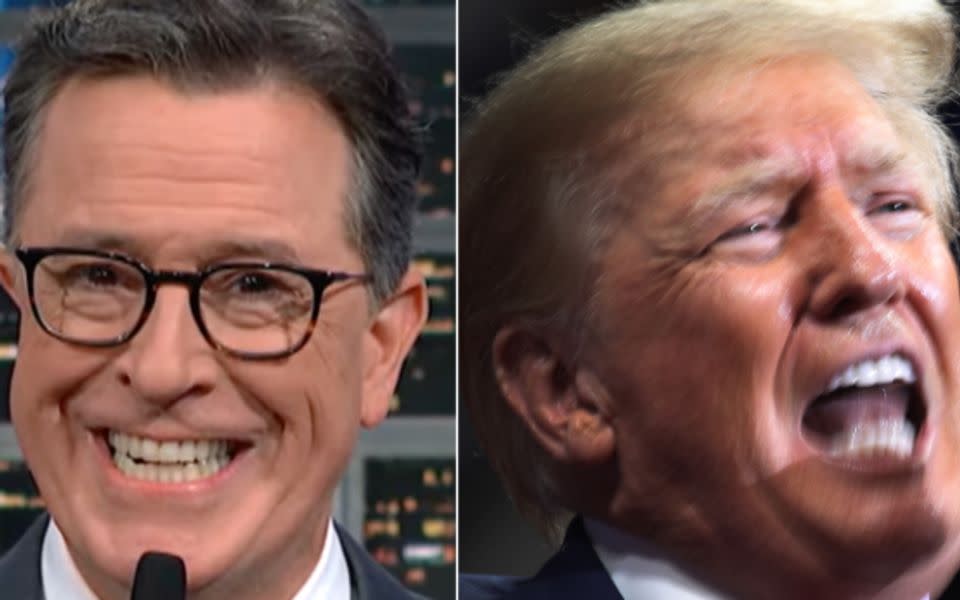 Donald Trump is famously thin-skinned about any number of subjects, but as “Late Show” host Stephen Colbert pointed out on Wednesday, there’s one topic about which he’s especially touchy.

“The one thing he hates more than anything is people hearing he’s not as rich he claims he is,” Colbert said during his opening monologue.

This week, the public got a taste of exactly that after New York Attorney General Letitia James filed a civil lawsuit accusing Trump and his family of “staggering” fraud. James claimed the former president had dramatically inflated the values of his assets, especially his Mar-a-Lago home.

Trump claimed it was worth $739 million while James said the actual value was just one-tenth of that number.

“Well, of course it’s worth less now,” Colbert cracked. “The FBI took away all the most re-sellable documents.”