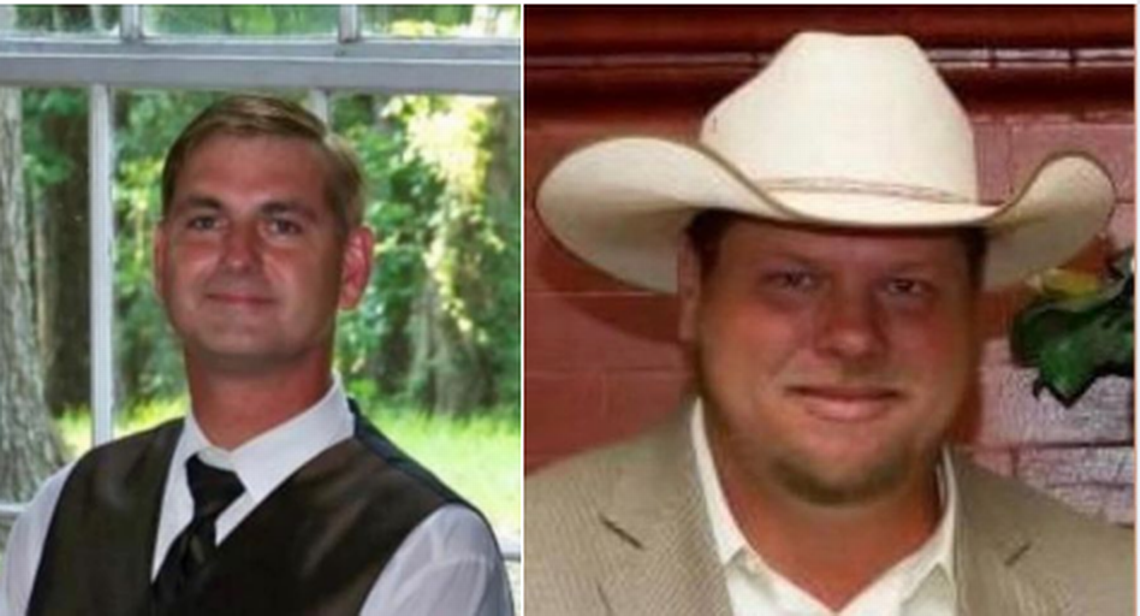 It has been so many years since Florida’s Baker County had a homicide that Sheriff Scotty Rhoden says he can’t remember the last one.

He now has two, however, and the shocking details are terrifying people in this sparsely populated county of about 30,000.

Two men were found shot to death Monday, Aug. 1, at a rural home outside of Macclenny and the crime scene was grisly, Rhoden said at a news conference. Macclenny is about 30 miles west of Jacksonville.

“Autopsies were performed. … We can say that these two victims were brutally murdered and may have been targeted,” Rhoden said.

“Let’s make no mistake about it: This was an execution-style murder.”

Much about the case remains a mystery, with no known suspects and no known motive.

The victims have been identified as David “Daniel” Sigers, 54, and James Michael “Bo” Thomas, 49, according to a news release.

Investigators believed they were shot over the weekend.

The killings were discovered at 11:25 a.m. Monday, when the Baker County Sheriff’s Office got a report of bodies in a home on Sawtooth Road, not far from the Georgia state line.

“Deputies entered the residence and found two adult males in different parts of the house deceased from what appear to be gunshot wounds,” the sheriff’s office said.

A $5,000 reward is being offered for tips leading to an arrest of the suspects, but the sheriff’s office has been tight-lipped about details.

Among the details not revealed: how many times the men were shot, why investigators believe they were targeted, and why the crime scene is described as “brutal.”

What Rhoden did say is that there is no evidence the killings are drug related.

Sigers had no criminal history and Thomas only had “some minor misdemeanor offenses” on his record, officials say.

Investigators are asking neighbors to report if they saw any strange or unusual activity over the weekend. “There’s nothing that’s too small,” Rhoden says.

An obituary reports it happened at Sigers’ home, where he maintained “a quiet, private life.” He “was a lifelong resident of Baker County,” who played nose guard for the Baker High Wildcats football team and served in the U.S. Army, the obituary says.

Thomas also grew up in Macclenny and attended Baker High, according to his obituary. He owned Bo Thomas Construction LLC, and was a father of four.

Both men were avid hunters and talented musicians, with Thomas serving as a member of the Whiskey Moon String Band and the Modern Day Troubadours, his obituary says.

There is no evidence of an “imminent threat” to people living in the sparsely populated area, the sheriff’s office says.

However, that hasn’t eased fears or stopped speculation over the motive. Many people have questions, which aren’t being answered at this time.

“Obviously more than 1 person did this. This had to have been 2 or more,” Micah Morrison wrote.

“Say your prayers and lock all doors and have your weapon handy,” Michelle Dawn Lowe Baughman posted.

The Florida Department of Law Enforcement is assisting the sheriff’s office in the investigation, including processing the crime scene, officials said.