‘She Needs To Be Put Down’ 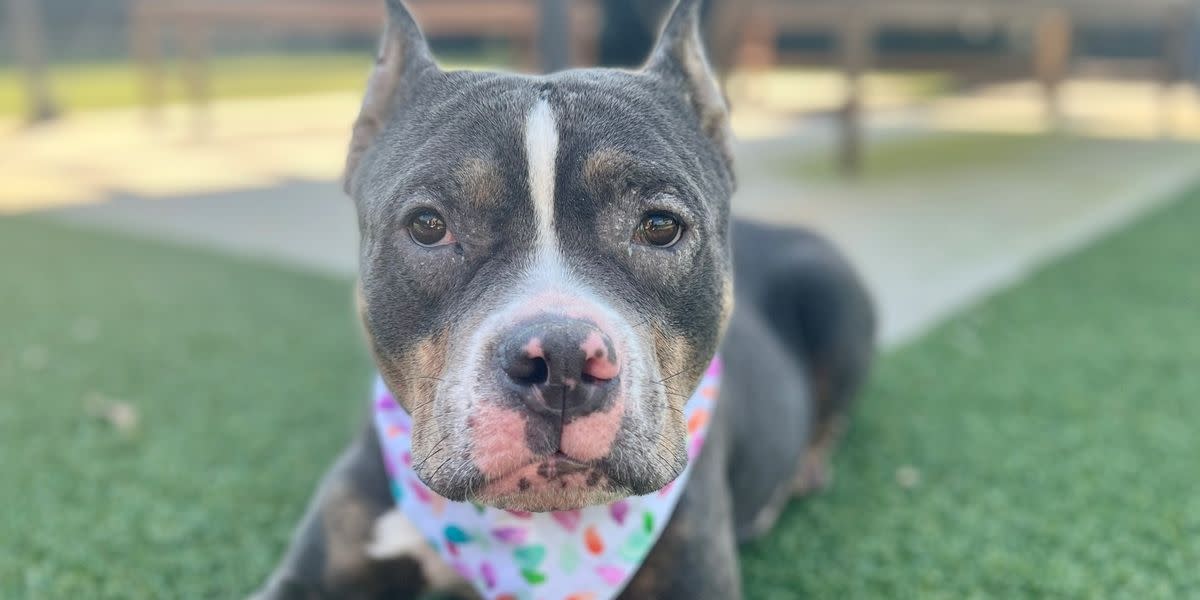 A dog with a rare, severe heart condition was apparently abandoned by someone who could not care for her anymore.

Remy, a 4-year-old Staffy mix, was found tied to a pole Sunday outside the Greenville Humane Society in South Carolina. Staff at the Humane Society told local news channel WYFF that according to security footage, Remy appeared to have been tied up Saturday night, and wasn’t discovered until the next morning.

Whoever left the pup also left a handwritten note. As seen in a photo posted by the shelter on Facebook, the note explains that Remy has health issues and her owner “could not take care of her the way she needed to be.”

“She has illnesses I don’t believe are fixable,” the note reads. “She needs to be Put Down as soon as possible.”

Rachel Delport, the shelter’s CEO, told WYFF that she doesn’t think the owner had malicious intent.

“It was someone who truly wanted the best for her, and just didn’t know what to do,” Delport said.

The shelter said on Facebook that upon discovering Remy, staff members “immediately brought her inside, gave her food, and began a thorough veterinary evaluation.”

Remy appeared to have a skin condition that the shelter chalked up to a poor diet. But the medical exam also revealed something much more concerning.

“Unfortunately, it was determined that Remy is suffering from a grade six heart murmur, which is the most severe and can often be felt through the chest wall,” the shelter’s post reads. The post says the “serious condition” will require an echocardiogram. Remy may also need surgery or a lifelong medication regimen, which Delport told WYFF would be “very expensive.”

Delport said there’s been a surge in abandoned pets “everywhere,” and that 15 animals have been left outside the Greenville facility in the past two weeks. The shelter also noted on Facebook that Remy is one of 96 sick or injured animals in its care.

Due to this, the shelter is asking for donations to its Hope Fund to help these ailing animals.

Delport told WYFF that she understands the reasons why many people desert their pets. She urged people who feel overwhelmed to reach out to the humane society.

“We never want to see an animal abandoned, but if you’re trying in to seek help, please give us a call,” Delport said. “See how we can help, and do things the right way.”