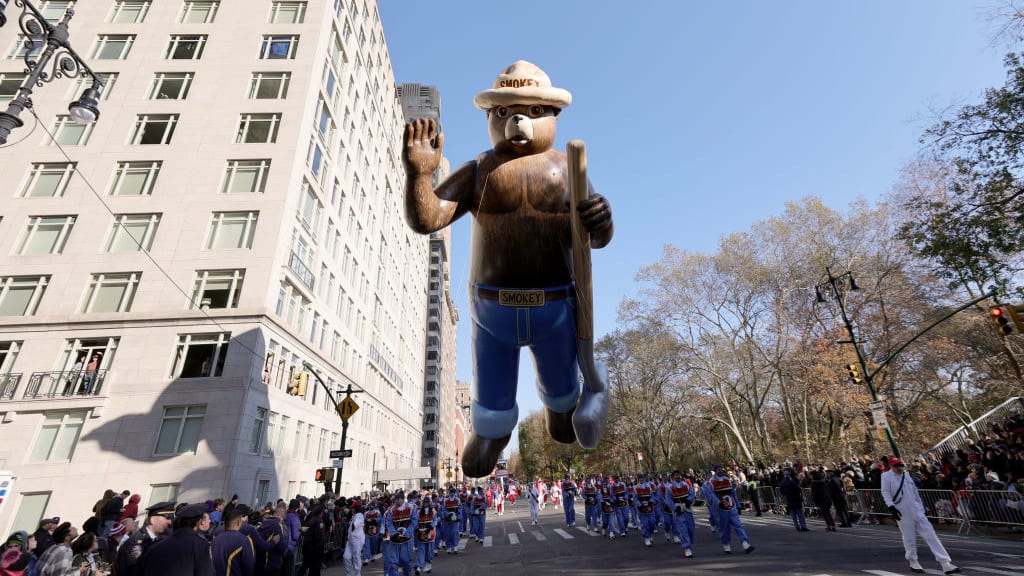 Smokey Bear is supposed to communicate an important message about wildfire safety. But viewers were talking about his balloon at the Macy’s Thanksgiving Day Parade for a totally different reason this year: his looming, brawny, unsettling hotness.

As the giant floating bear floated over the streets of New York City Thursday, spectators took to social media to ask why the iconic shirtless character had been made to look unusually swole this year with particularly bulging pec muscles.

Created in 1944, Smokey Bear has served as a stalwart public service announcement about the dangers of unplanned wildfires ever since. With his slogan—“only YOU can prevent forest fires”—Smokey has raised awareness about a problem which continues to destroy wildlife and infrastructure on a mind-boggling scale. Over 62,000 fires have burned more than seven million acres in the U.S. this year alone, according to National Interagency Fire Center stats.

Behind the Scenes Inflating the Macy’s Thanksgiving Day Parade

But as the necessity of wildfire safety has increased, so too has Smokey Bear’s hotness. Despite being originally designed to have a body similar to that of an actual bear, the character’s appearance inadvertently dropped ursine realism in favor of a leaner, voluptuous look in a 2007 redesign, according to Slate.

Even so, it seems some people are still unnerved by the sight of a ripped Smokey Bear a full decade-and-a-half later: