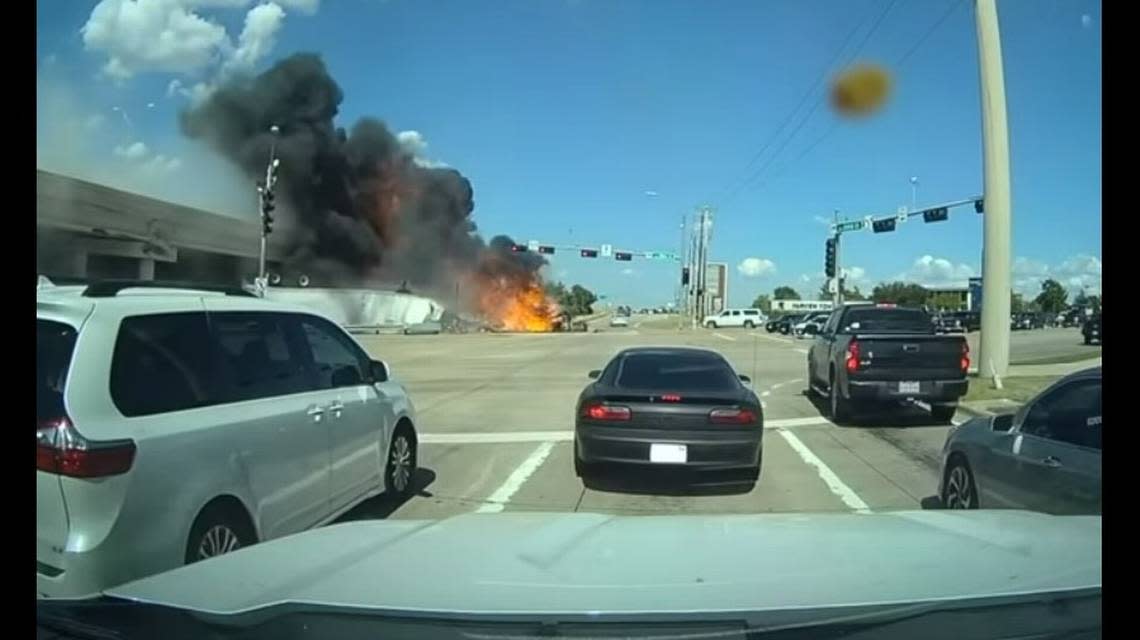 The driver of an tractor-trailer was killed Tuesday afternoon when his rig flew off a U.S. 75 overpass in Allen, crashed onto a street and caught fire, according to police and news reports.

No other injuries were reported in the crash, which occurred at U.S. 75 and Stacy Road in Allen, north of Dallas.

The name of the driver who died has not been released by authorities.

The fatal wreck occurred just before 3 p.m. Tuesday in the 2000 block of northbound US 75 in Allen.

Allen police said it appeared the semi-truck was going northbound on the highway when it collided with another vehicle. The impact caused the 18-wheeler to flip over a barrier and fall off the highway.

Dash-camera video from a witness obtained by WFAA-TV shows the tractor-tractor falling off the overpass and then bursting into flames.

WFAA reported that letters and packages — some with post office markings — spilled from the truck onto the road. A USPS employee was seen taking photos and making phone calls, WFAA reported, but USPS hasn’t confirmed whether the truck belongs to the postal service or whether the driver was a postal employee.

The driver of the other vehicle involved in the crash wasn’t hurt and cooperated with police, according to WFAA.

“Our thoughts and deepest condolences are with the victim’s family and friends as they deal with their loss,” Allen police said in a news release.

Allen police are asking anyone who witnessed the accident to call them at 214-509-4288 as the investigation continues. The Texas Department of Transportation also is investigating.