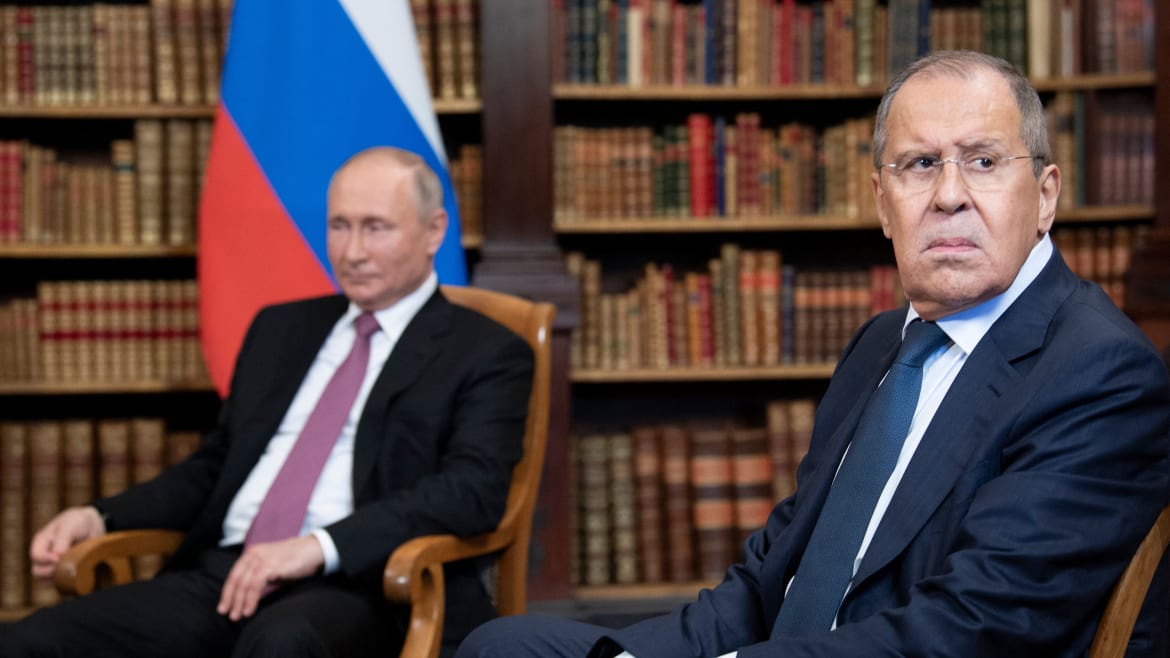 Polish officials have been accused of disinviting Russian Foreign Minister Sergei Lavrov from a meeting of the Organization for Security and Cooperation in Europe (OSCE) in Lodz, Poland, next week, just days after questions arose over whether Russia’s war in Ukraine is spilling over into neighboring Poland.

“Nowadays, the Polish chairmanship is practically demolishing this negotiating venue when they physically prevent a delegation from taking part and speaking,” Zakharova said, according to TASS.

The Polish Foreign Ministry notified the Kremlin about Lavrov not being welcome via diplomatic note, a spokesperson for the foreign ministry said. Poland has also blocked Russian legislators from joining in on the OSCE Parliamentary Assembly meeting this week in Warsaw, according to local Polish news outlet, TVP World.

Lavrov is not allowed to attend because he is sanctioned, according to Poland.

“Delegations should be adjusted to the current EU regulations and not include persons that are sanctioned by the European Union,” the Polish OSCE chairmanship said.

Lavrov’s exclusion from the meeting comes as Warsaw grapples with the consequences of Russia’s war in Ukraine spilling over into Poland. Last week, hours after Russia unleashed dozens of missile strikes on cities throughout Ukraine, an explosion in Przewodów in Poland, near Poland’s border with Ukraine, killed two Polish citizens.

The incident raised questions over whether Poland, a member of the North Atlantic Treaty Organization (NATO), could trigger a collective NATO retaliation that could lead to the most escalatory moment yet in Russia’s nearly ten-month-long war in Ukraine.

Some authorities, including those in Ukraine, have cast suspicion on whether the hit was deliberate or accidental on behalf of the Russians. The Polish Minister of Foreign Affairs, Zbigniew Rau—who currently serves as the OSCE Chairman-in-Office—summoned the Russian ambassador over the incident in the initial hours following the strike.

NATO has said that evidence from a preliminary investigation points to Ukrainian air defenses, activated to defend against the Russian attacks, falling into Poland by accident. The White House National Security Council has indicated that there is no evidence yet to contradict that initial finding.

The investigation into the incident is ongoing. The Pentagon has experts on the ground investigating, according to U.S. Secretary of Defense Lloyd Austin.

Although Russia’s Permanent Representative at the OSCE, Alexander Lukashevich, will attend the meeting in Poland next week in Lavrov’s place, Russia is still protesting the decision.

“The decision by Poland, as the current chair [OSCE], to bar FM Lavrov from the OSCE Minister Council is an unprecedented step,” Russia’s Foreign Ministry said in a statement. “During all of this year, instead working to strengthen the OSCE, Warsaw has persistently destroyed its foundations.”

In response Russia’s complaint, the Polish OSCE Chairmanship shot back, pointing out that Russia is waging a war of choice in Ukraine, unprovoked.

“The decision by Russia, as a participating State of the [OSCE], to wage an unprovoked full-scale war of aggression against Ukraine is an unprecedented step,” the chairmanship said. “During all of this year, instead of working to strengthen the OSCE, Moscow has persistently destroyed its foundations.”