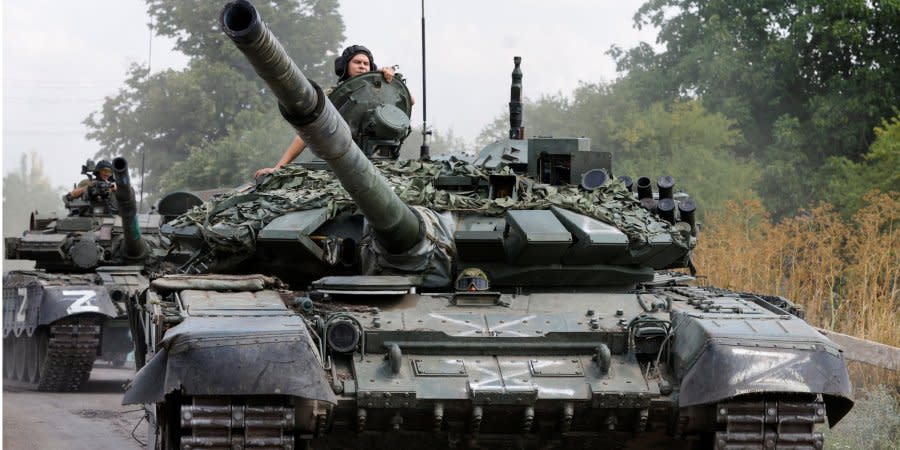 According to Levin, despite much media chatter about potential renewed Russian advances across a whole range of areas – from Kyiv to Odesa – Moscow lacks the reserves to mount a new major operation.

“While the (Ukrainian) General Staff realizes Russia can’t attack everywhere at once, especially since they are weakening their Donbas force, redeploying troops to southern Ukraine.”

“This means that (Russian) Izyum grouping isn’t doing great, and some of the troops were withdrawn from there,” said the expert.

Levin suggested that some kind of a Russian advance near Kharkiv could happen after all, but it would merely be a distraction, aimed at diverting and dispersing Ukrainian reserves from critically vulnerable Russian positions elsewhere.

“They could make it look like their armada is indeed marching on Kharkiv,” Levin said, describing a potential Russian military ruse.

A similar thing could happen with some minor skirmishes along the border with Belarus, which could create the impression that Kyiv urgently needs to reinforce its northern flank, according to Levin.

Russia’s primary focus is now on trying to hold on to occupied areas in southern Ukraine, the officer said, in particular – Melitopol, Zaporizhzhia Oblast, which is an often overlooked key city.

Levin concludes by saying that lacking capacity for another major advance, Moscow still thinks it has enough troops to hold onto what they’ve already captured in Ukraine.