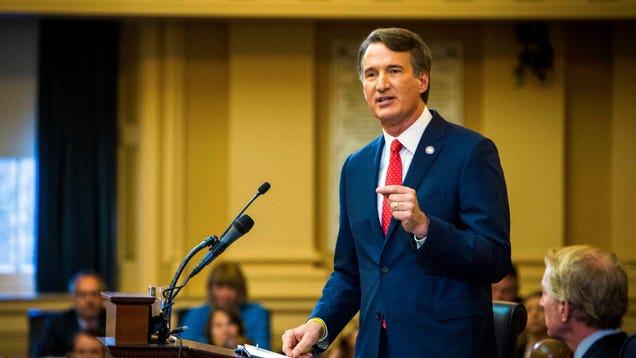 The governor of Virginia is blocking a potential Ford battery factory that would have provided thousands of jobs in an impoverished area—based on fearmongering about China.

The proposed factory is a partnership between Ford and Contemporary Amperex Technology Co. Ltd., also known as CATL, a Chinese battery manufacturer. As of last year, CATL was the world’s largest manufacturer of batteries for electric vehicles, holding onto a whopping 50% of the market share; it is one of Tesla’s most important suppliers. The $3.5 billion factory, which would produce EV batteries for Ford vehicles, would have created some 2,500 jobs in one of Virginia’s poorest areas, the Richmond-Times Dispatch reported.

All those jobs, it seems, weren’t tempting enough for Youngkin. Just days after news of the Ford and CATL partnership—and the possible choice of Virginia as a location—broke, the Daily Caller, a right-wing outlet, reported that Republican Governor Glenn Youngkin had instructed the Virginia Economic Development Partnership, a state agency, to take Virginia out of the running for housing the plant.

Youngkin didn’t publicly comment on the move until his annual state address on January 11. “I’ve said before that I want ‘Made in America’ to mean ‘Made in Virginia.’ But let me be clear, ‘Made in Virginia’ cannot be a front for the Chinese Communist Party,” Youngkin said during the address. Later, Youngkin told reporters that the Biden administration has a “maniacal focus on getting rid of all fossil fuel generation, replacing it with solar, wind, or replacing every car immediately with batteries” when “the reality is that the technology that in fact drives all that is owned and dominated by the Chinese.”

Youngkin elaborated on his comments in an interview with Bloomberg TV on Friday, when he referred to the Ford-CATL partnership as “a Trojan-horse relationship.”

“This is not a zero-sum game and I would have loved to have Ford come to Virginia and build a battery plant, if they were not using it as a front for a company that’s controlled by the Chinese Communist Party,” he said.

Youngkin’s actions don’t come in a vacuum; in fact, they may signal a coming wave of similar Republican attitude. As Axios reporter Jael Holzman outlined on Twitter last week, Republicans have begun raising concerns about Chinese control as a way to stymie or stall green energy developments. Politicians, including Sen. Marco Rubio and Tennessee Rep. Mark Green, have recently expressed concerns about a Texas-based battery company with some Chinese operations that got a Department of Energy grant, while the GOP is reportedly looking into other clean energy firms for Chinese connections, according to Holzman.

Bloomberg reported in December that the two companies were considering a setup that would allow Ford to own the plant, while CATL would oversee the production of the batteries. This arrangement would allow the factory to get production credits outlined in the Inflation Reduction Act that encourage national production of EV batteries. Youngkin told Bloomberg that he was also concerned about the potential complexities involving the subsidies when it came to the partnership.

Some Virginia politicians saw the move as little more than an attempt to court Republican voters ahead of Youngkin’s potential 2024 presidential bid.

“To deny [people in the community] jobs because you’re in last place in Republican presidential primaries [is] gubernatorial malpractice,” Democratic State Sen. Scott Surovell told the Richmond Times-Dispatch. “I mean, this is clearly just obvious to me that the governor’s in some kind of out-China-bashing-contest with [Florida Gov. Ron] DeSantis and Governor Greg Abbott out of Texas.”