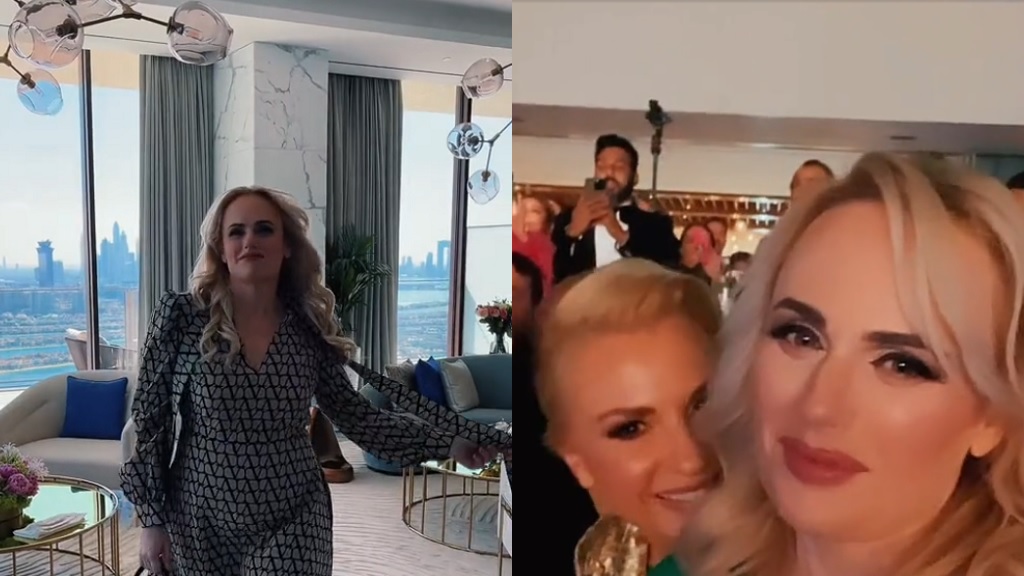 Several Instagram users heavily criticized actor Rebel Wilson for taking her fiancée on a trip to Dubai, United Arab Emirates (UAE), months after coming out as a member of the LGBTQ-plus community.

Wilson, 42, and her fiancée, Ramona Agruma, were among the many celebrities who attended Beyoncé’s concert at the Atlantis The Royal hotel in Dubai on Saturday.

“Atlantis The Royal is BEYond! What a weekend with BEY! @atlantistheroyal,” Wilson wrote in an Instagram post.

More from NextShark: Video: Malaysian artist draws multiple portraits with his hands, feet and mouth all at the same time

Besides attending the concert, an insider told Page Six that the “Pitch Perfect” alumna also served as a co-host for the opening of Nobu by the Beach at the same hotel the following day.

Same-sex activity between males is criminalized under the UAE’s 2021 penal code. The code also forbids other vaguely defined acts, such as public display of affection, gender nonconforming expressions and campaigns promoting the rights of LGBTQ-plus people.

The insider told Page Six that Wilson and Agruma never engaged in any public display of affection during their visit to Dubai. However, the two can be seen dancing and hugging each other in the video uploaded by Wilson on social media.

Many Instagram users were outraged by Wilson’s post, leaving comments reminding the “Senior Year” star of the persecution the LGBTQ-plus community has faced in the UAE.

“Aren’t You a member of LGBTQ+ community? The hypocrisy of it All,” one Instagram user commented.

“Curious…I’m guessing you weren’t openly a couple outside the hotel room!? I know the UAE laws don’t favor us queers,” another wrote in the comments.

“Gee Rebel. You do know that it’s the death penalty in Dubai for homosexuality?? Supporting such a country is really really poor form, especially as a member of that community,” one Instagram user criticized.

“Promoting a hotel in a country where it’s illegal to be gay is an interesting choice for a gay woman such as yourself Rebel,” one user wrote.

The comments on Wilson’s posts have since been limited.

“I thought I was searching for a Disney Prince… but maybe what I really needed all this time was a Disney Princess #loveislove,” Wilson wrote in the caption.

Wilson and Agruma welcomed their daughter, Royce Lillian, in November. She was reportedly born through surrogacy.