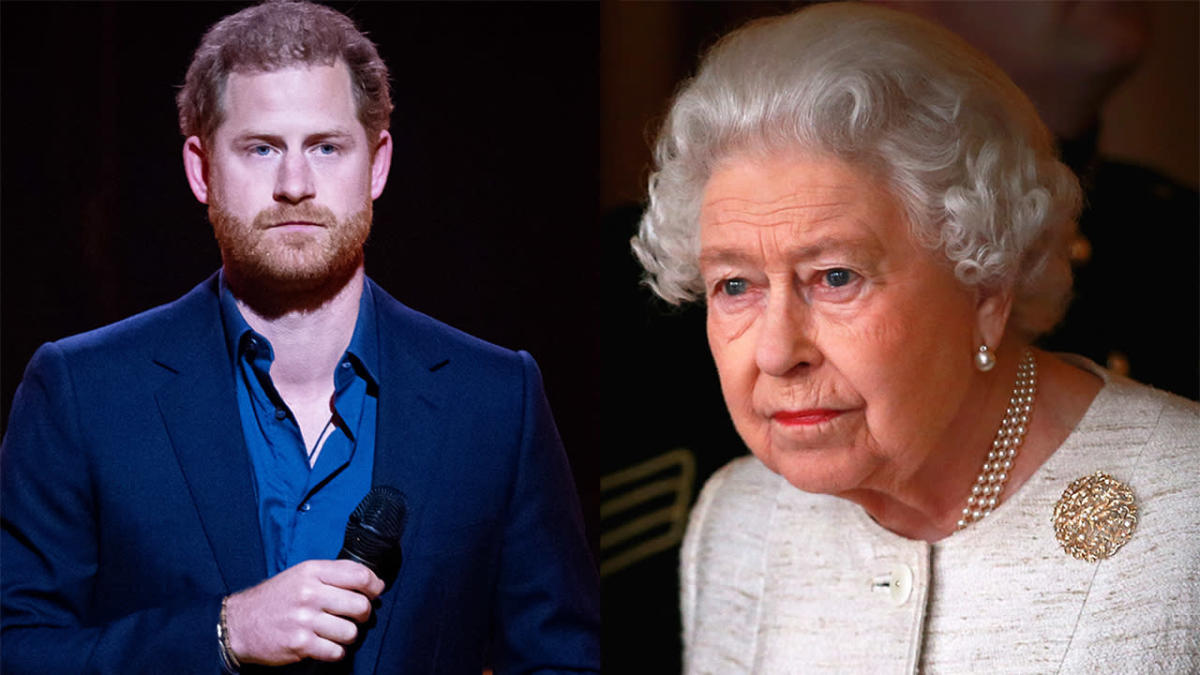 Queen Elizabeth has seemingly snubbed her grandson, Prince Harry, in a message sent to a religious conference.

On Wednesday, the reigning British monarch sent a message to the 15th Lambeth Conference, which is known as a gathering of Anglican bishops held at Lambeth Palace in London where they hold prayer and reflect on world affairs. This year’s theme, “God’s Church for God’s World – walking, listening and witnessing together,” aimed to explore how they can respond “to the needs of a 21st Century world.”

In her message, the 96-year-old noted that climate change was “threatening the lives and livelihoods of many people and communities, not least the poorest and those less able to adapt and adjust.”

“I was interested to learn that the focus of your programme at Lambeth Palace today is a reflection and dialogue on the theme of the environment, a cause close to the heart of my late husband, and carried on by The Prince of Wales and The Duke of Cambridge,” said the queen, referring to Prince Philip, as well as Prince Charles and Prince William.

MEGHAN MARKLE TURNS 41: 11 WAYS THE DUCHESS OF SUSSEX MADE HEADLINES SO FAR IN 2022

“Throughout my life, the message and teachings of Christ have been my guide and in them, I find hope,” she shared. “It is my heartfelt prayer that you will continue to be sustained by your faith in times of trial and encouraged by hope at times of despair.”

“I send my warmest good wishes to you all for a successful Conference and may God bless you in your ministry and service in his world,” Elizabeth concluded her message without mentioning Harry.

On July 18, Harry gave a speech to the United Nations in New York City in honor of Nelson Mandela Day. During his address to the General Assembly, the 37-year-old said that the world is at “a pivotal moment” as it faces crises including the coronavirus pandemic, climate change and the war in Ukraine, among others. He described how climate change was “wreaking havoc” on our planet and urged world leaders to act now and “save humanity.”

“We have an obligation to give as much — if not more — than we take,” he said. “Let’s seek out what we have in common, empower all people to reclaim our democracies, and harness the light of Mandela’s memory to illuminate the way forward.”

This is not the first time Elizabeth highlighted her family’s passion for the environment without mentioning Harry. In November 2021, the queen recorded a message for the COP26 summit in Scotland where she said that “it is a source of great pride to me that the leading role my husband played in encouraging people to protect our fragile planet, lives on through the work of our eldest son Charles and his eldest son William.”

“I could not be more proud of them,” Elizabeth added.

Then in December during her annual Christmas speech, Elizabeth said she was “proud beyond words” that Philip’s environmental advocacy has been “taken on and magnified by our eldest son Charles and his eldest son William – admirably supported by Camilla and Catherine.”

It is likely the queen omitted Harry in her statements because the prince and his wife, Meghan Markle, stepped back as senior members of the royal family in 2020. The couple, no longer working royals, now resides in California with their two children.

In April of this year, Harry told Hoda Kotb during the Invictus Games in The Netherlands that he privately visited his grandmother at Windsor Castle.

“Being with her, it was great,” he told the “Today” host. “It was just so nice to see her. She’s on great form. She’s always got a great sense of humor with me, and I’m just making sure she’s, you know, protected and got the right people around her.”

“We have a really special relationship,” said Harry. “We talk about things that she can’t talk about with anybody else.”

The Duke and Duchess of Sussex last saw the queen personally in June for the Platinum Jubilee, which marked the monarch’s 70 years on the throne. During their visit, the queen met with her great-grandchildren Archie and Lilibet, who was named after her.

Over the years, Harry has spoken out about climate change, much like his family members. In January, Charles praised the work of both his sons in an article for Newsweek’s climate change issue.

“As a father, I am proud that my sons have recognised this threat,” the 73-year-old wrote. “Most recently, my elder son, William, launched the prestigious Earthshot Prize to incentivise change and help repair our planet over the next ten years by identifying and investing in the technologies that can make a difference.”

“And my younger son, Harry, has passionately highlighted the impact of climate change, especially in relation to Africa, and committed his charity to being net zero,” wrote Charles.