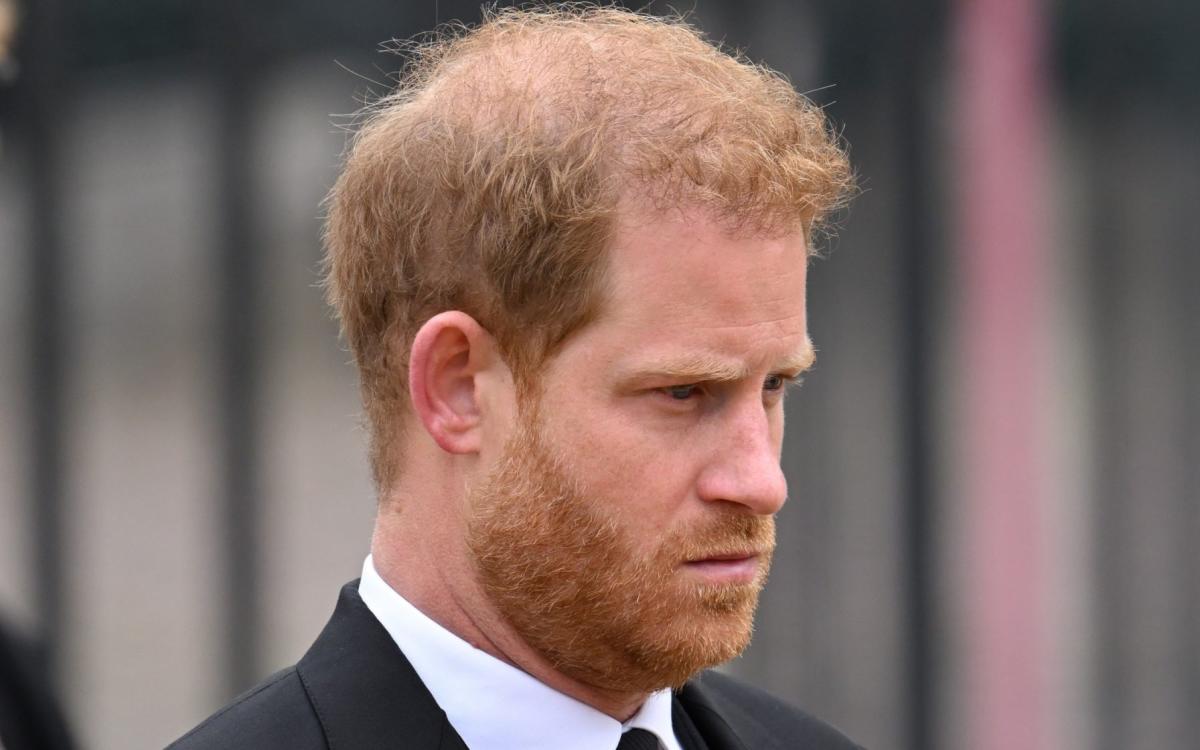 Prince Harry has made an eleventh-hour attempt to tone down parts of his forthcoming autobiography because he fears being vilified for it in the wake of the Queen’s death, according to reports.

The Duke of Sussex is worried that some of the revelations in his book “might not look so good” following the public outpouring of support for the monarchy, both at home and abroad, it is claimed.

The book, part of a three-title deal worth £36.8 million, is expected to be published this autumn, but the Duke is now said to be worried that it will be ill-timed as his father the King begins his reign.

He reportedly wants to make “refinements” to the manuscript, which had already been signed off by publishers Penguin Random House, though industry sources have questioned whether it might be too late.

Having invested such a huge sum of money in the Duke’s memoirs, the publishers are likely to want the book to be as revelatory as possible. The Duke had already been told to revise the manuscript after it was regarded as “too touchy-feely”, according to The Mail on Sunday, with too much of it taken up with his mental health struggles.

A separate report in The Sun on Sunday claimed that the publishers found the first draft “disappointing” and “too emotional”.

A source told both newspapers that: “Harry has thrown a spanner in the works as he is desperate to get it refined in the light of the Queen’s death, her funeral and his father Charles taking the throne.

“There may be things which might not look good if they come out so soon after the Queen’s death and his dad becoming King.

“He wants sections changed. It’s not a total rewrite by any means. He desperately wants to make changes. But it might be too late.”

No release date for the book has yet been made public, though it is understood that the publishers want it to be on the shelves in the US before Thanksgiving on November 24 so that it will hit the all-important Christmas market.

The Duke was reportedly paid an £18.4m advance for the three books, which has been ghost-written by Pulitzer Prize-winning American author JR Moehringer.

Rather than watering down the memoir, it remains possible that the publishers will want the Duke to add detail about what happened after the Queen’s death when there were clear tensions between Prince Harry, his brother Prince William and the King over his own part in the events leading up to the funeral and that of the Duchess of Sussex.

It comes as fresh claims about the Duchess were made in the book Courtiers: The Hidden Power Behind the Crown by royal writer Valentine Low.

It claims that royal staff called Meghan a “narcissistic sociopath” and that aides referred to themselves as the “Sussex Survivors Club”.

Another new book, The New Royals, by author Katie Nicholl, claims the late Queen was surprised when Meghan wore white on her wedding day, believing that as a divorcee she should have worn off-white.

The Duke and Duchess’s office has been contacted for comment.