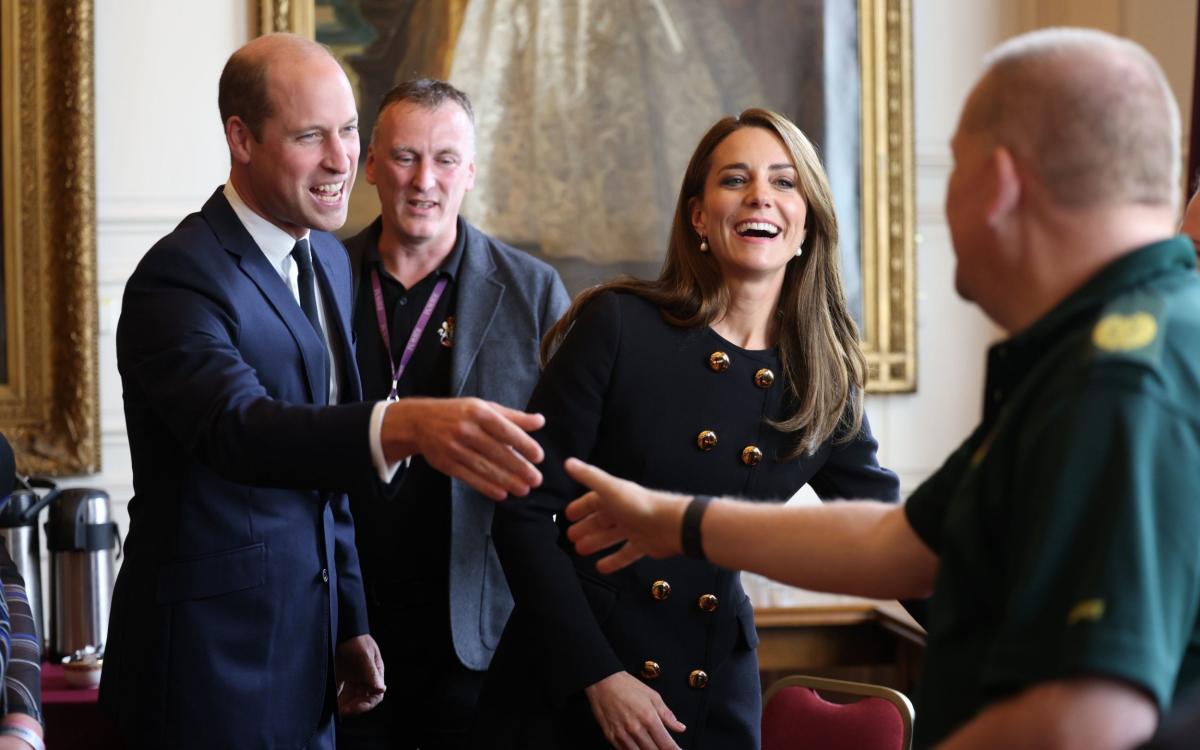 The Prince and Princess of Wales are meeting volunteers and operational staff to thank them for their work on the Queen’s committal service at Windsor Castle.

The pair passed on their appreciation to volunteers and staff who worked on the service at St George’s Chapel on Monday afternoon.

They also thanked the group for supporting the large crowds that gathered in Windsor to commemorate the Queen and watch the procession of her coffin up the Long Walk to the castle before the service.

The prince and princess arrived dressed all in black as they continue to observe the royal mourning period which lasts until Monday.

“It’s amazing how many people wanted to come and pay their respects,” she said.

William could be heard asking: “How difficult was Monday? How challenging was it?”

He later said: “It’s been a busy few days but you guys have been doing long hours as well, so thank you so much.”

The group spoke about the number of people in the crowds, with one of the logistics staff saying it was about 110,000.

William said: “We did not see the whole town come to a standstill. That’s what we were worried about, that it would disrupt everyone’s lives.”

They also spoke to council workers where William joked about Paddington Bear being “a new addition” to what people bring to commemorate the Queen.

“The corgis have been there for longer,” he said.

The engagement is one of their first since William became the heir apparent and became known as the Prince of Wales, after the death of his grandmother and the accession of his father, Charles, to become the King.

Kate is now known as the Princess of Wales and the Duchess of Cornwall and Cambridge.

Other royals are also undertaking engagements on Thursday to thank people involved in the Queen’s funeral and to recognise the service of those on deployment overseas.

The Earl of Wessex is visiting Estonia and Germany in his role as Royal Colonel of 2nd Battalion of The Rifles and Royal Honorary Colonel of the Royal Wessex Yeomanry.

This trip includes thanking members of 2 Rifles for their service to the Queen at Camp Tapa, Estonia, and visiting troops on deployment from the Royal Wessex Yeomanry at the Normandy Barracks in Paderborn, Germany.

The Princess Royal is visiting Portsmouth Naval Base to meet Royal Navy personnel who took part in the funeral procession.

Anne will also visit St Omer Barracks in Aldershot to meet personnel who played a central role in providing logistical support during the funeral.