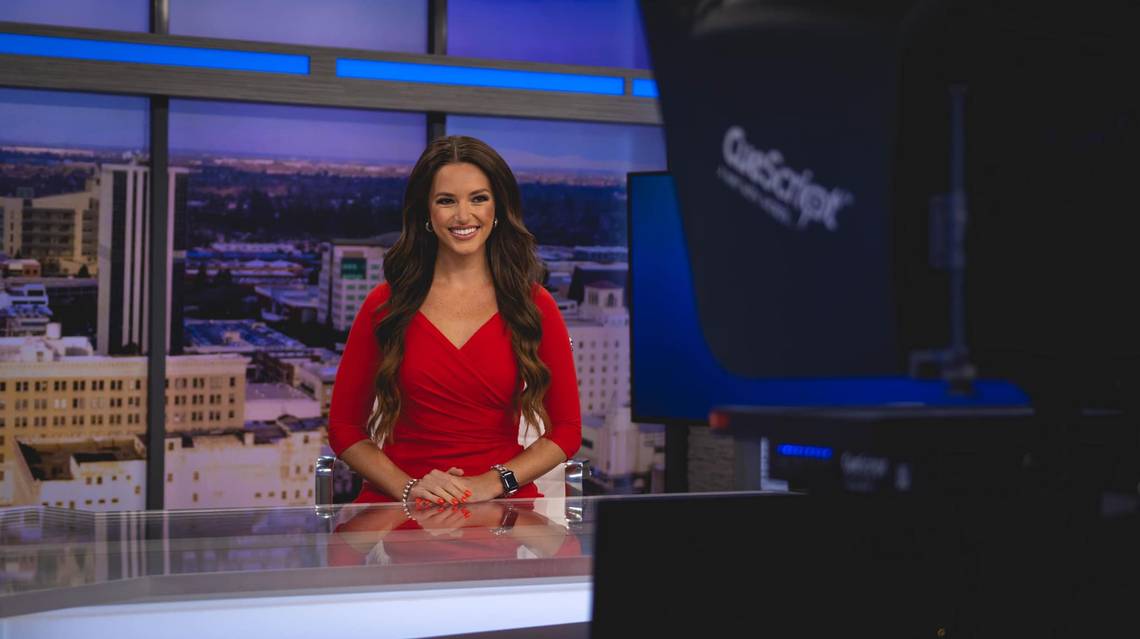 Known for her fun personality on air and her catchy presence on social media, Collins took an entertaining twist — but also a nontraditional approach — to share what her life was like as a TV anchor in and outside the studio.

Among her video clips was performing wacky dances that trend on TikTok, providing behind-the-scenes footage in studio when the TV cameras were no longer rolling and what it’s like to to get ready for morning newscasts that begin at 5 a.m.

Collins announced her pending departure Monday night and said her final day on air will be Nov. 30.

“I can’t thank the Central Valley enough for welcoming me into the community with open arms and your homes each morning,” Collins wrote on social media. “It’s been an honor and a privilege to serve as KSEE 24 Sunrise and Midday Anchor!

“The people I’ve met, the stories I’ve told, the exciting live shots I’ve done have made this experience an incredible one!”

While it’s unclear how many followers Collins gained during her near three-year stint in Fresno, she without a doubt has had the strongest social media following ever among on-air Fresno personalities. Collins has 1.1 million followers and generated 25.8 million likes on her TikTok page alone.

With all the attention, though, has come criticism whether Collins was making the news too much about herself and not enough about the stories actually being told as has been the traditional approach.

But in today’s state of journalism that analyzes online page views, television viewership and increased following on numerous social media platforms, Collins’ approach to the news can also be seen as a significant bonus to a media outlet.

“In this fast-paced world of digital platforms and on-air broadcasting, Caroline’s strong journalistic skills and ability to reach and serve our viewers on whatever platforms they consume news and information will be an asset to our audience,” Houston FOX 26’s Susan Schiller, station vice president and news director, said to TVNewsCheck.com.

Nonetheless, Collins seemed to leave a lasting impression during her time in Fresno, which started in Dec. 2020.

Her candid insights of what life is like as TV anchor often generated thousands, if not millions, of views on social media, including her popular morning transformations when applying makeup and what happens on set between commercial breaks.

Collins even shared the time she caught COVID-19 for a second time in her life and missed time on air.

Collins also was a popular presence in the local golf scene and became friends with local pro golf star Bryson DeChambeau and his family.

Collins, who is from western Pennsylvania, went to college on a full-ride athletic scholarship and played golf at Point Park University.

She went on to graduate in 2019 with a master’s degree in communication technology with a social media specialization from the university.

And she co-hosted a nationally televised golf instructional show series, The Swing Clinic, which aired on Fox Sports.

In addition, Collins was the face of national golf companies modeling for Golf Galaxy and Dick’s Sporting Goods.

Collins said she will be heading to Houston to work as a weekday evening anchor for the FOX 26 station (KRIV).

“I’ll still be in Fresno and on-air for another week!” Collins said. “Please say hello if you see me and know that I care deeply about the Central Valley!”