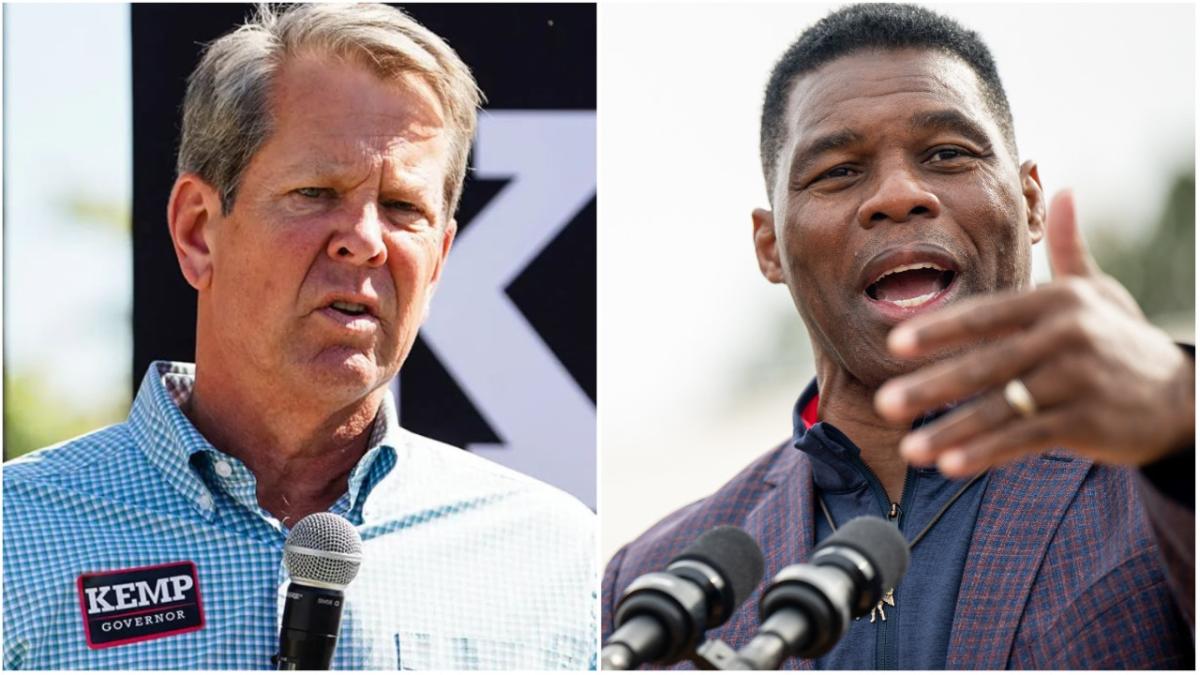 An AARP poll released Tuesday surveying Georgia voters found that Warnock has a slight edge over Walker, 51% to 47%.

Warnock holds a strong 24-point lead among voters 18 to 49 years of age, while Walker is up nine percentage points among Georgia voters ages 50 and over.

The survey revealed that Georgia voters are more fond of former President Donald Trump than current President Joe Biden. Only 43% of respondents approve of the job Biden is currently doing as president, while Trump received a 48% job approval rating for his time in the White House.

GEORGIA GOV. KEMP CAMPAIGNS FOR HERSCHEL WALKER: ‘WE CANNOT REST ON OUR LAURELS’

About 16% of voters 50 and older said that “threats to democracy” was the leading issue when deciding their vote for the Senate runoff, tying in first place with 16% who said inflation and rising prices are the most important issues.

Social Security and Medicare were the issues of top concern to 11% of respondents, while the economy and jobs were most important to 10% when deciding on their Senate vote.

Inflation was the leading issue to 26% of Republican voters, where 29% of Democratic voters said that “threats to democracy” was the most pressing issue going into the runoff. Among all respondents, 63% said that they are either very or somewhat worried about their financial situation.

After Democratic Sen. Catherine Cortez Masto managed to hold onto her Senate seat in Nevada, the Democratic Party was guaranteed to hold the majority in the chamber. If Walker wins the Dec. 6. runoff, the Senate will be split 50-50 with Vice President Kamala Harris providing the tie-breaking vote on the Senate floor, whereas if Warnock claims victory, the Senate will be split, 51-50, and Democrats will hold the outright majority.

The AARP poll was conducted Nov. 11-17 with a margin of error of plus or minus 4.4 percentage points.