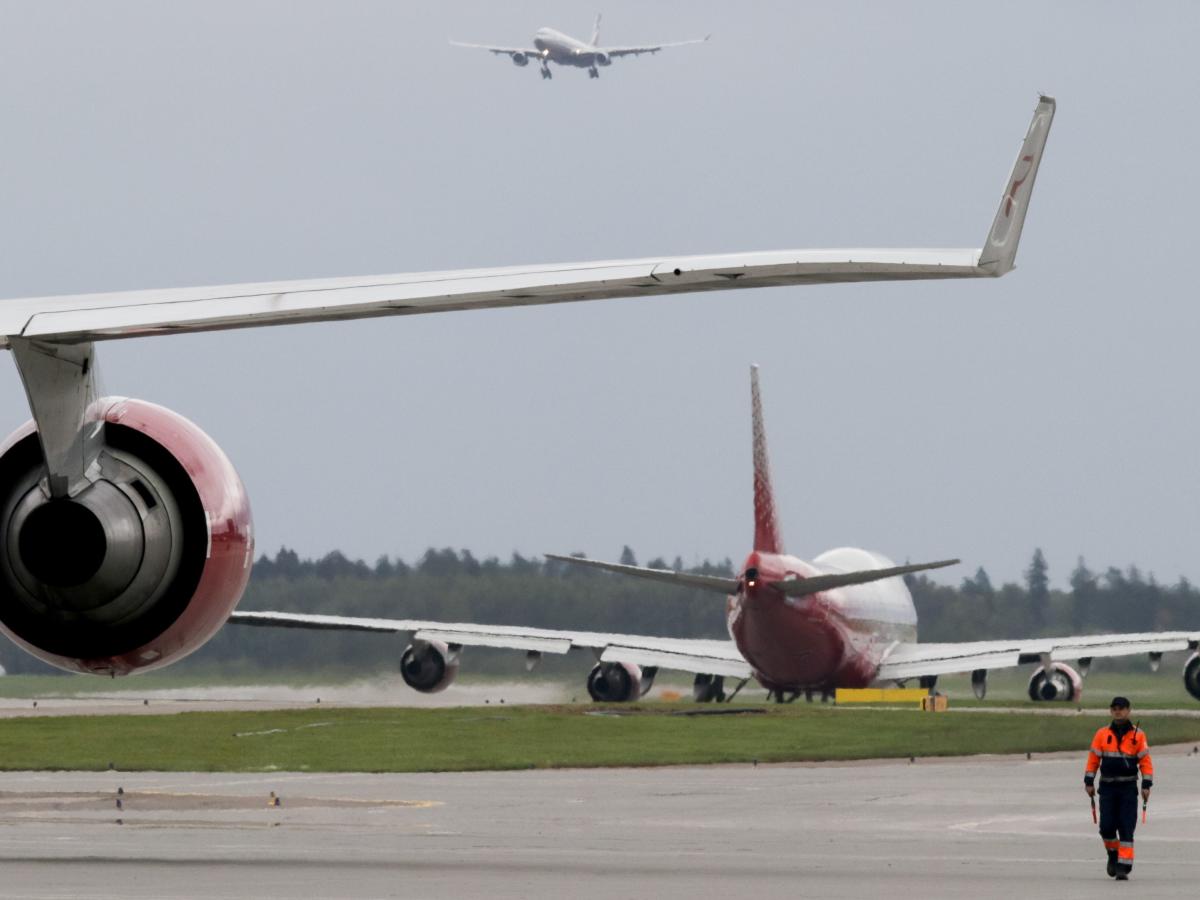 Some plane tickets out of Russia sold out after Russian President Vladimir Putin announced a partial military mobilization on Wednesday.

In a rare address to the nation, Putin announced an immediate partial mobilization as part of the next phase of his ongoing invasion of Ukraine.

The announcement caused prices for some plane tickets out of Moscow to sell out, according to Reuters and Russian media company RBC.

Flights to countries that still allow Russians to enter without a visa, including Turkey, Armenia, Georgia, and Serbia, appear to be in high demand.

Russian state-owned airline Aeroflot has no more flights to Istanbul, Turkey from Moscow for the next three days, according to its website.

Aeroflot flights to Yerevan, Armenia, from Russia’s capital are also sold out until the weekend, its website said.

The airline did not immediately respond to Insider’s request for comment.

Russian travel search platform Aviasales shows that tickets for flights departing to Istanbul, Yerevan, and Belgrade, Serbia, on Wednesday are no longer available, according to its website.

Aviasales is Russia’s most popular website for purchasing flights. Google Trends data shortly after the announcement showed a spike in searches for the website, Reuters reported.

Jason Corcoran, a journalist based in Moscow, Russia, tweeted Wednesday: “As a ranked officer in reserve, my brother-in-law would have been first to be mobilized into Putin’s meat grinder.”

“So glad he has already fled to Turkey as I suspect it’s too late for others scrambling for tickets,” he added.

Following Putin’s address on Wednesday, Russian Defense Minister Sergei Shoigu said 300,000 Russians would be called up as part of the mobilization.

Only Russians with previous military experience will be subject to mobilization, Shoigu said, adding that conscripts and students will not be called up yet.

The contracts of soldiers already fighting in Ukraine will also be extended, the decree signed into law by Putin on Wednesday said, according to The Guardian.

A 30-year-old Russian who lives in the UK told the BBC after Putin’s announcement: “I’m also chatting to my friends who are in Russia – they are also checking all the news and Telegram channels to find out if they are allowed to leave Russia today or tomorrow.

“It’s hard to imagine what this mobilization can mean for people in Ukraine too, I’m deeply ashamed of my country. I don’t want this war.”

It is unclear how many Russians have left the country since the start of Putin’s invasion on February 24.

The EU banned air travel from the country after the invasion, but many Russians can still find ways to enter the EU, including by land through some countries.

Four of the five EU countries that border Russia — Poland, Estonia, Latvia, and Lithuania — began turning Russians away from their this week as part of a series of sanctions, Reuters reported.