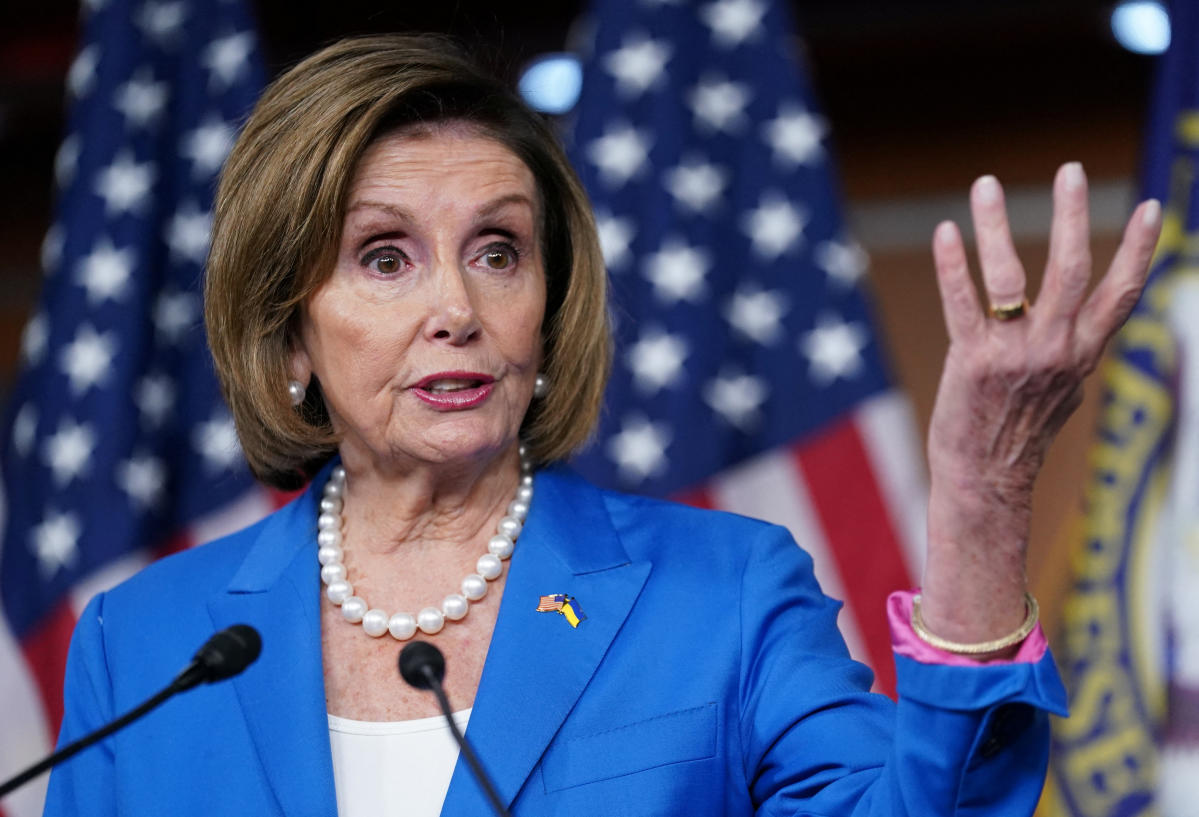 House Speaker Nancy Pelosi on Thursday denounced a Republican House candidate from Michigan who once argued that women don’t possess “the characteristics necessary to govern” and supported an attempt to repeal the 19th Amendment, which gave women the right to vote.

That candidate was actually backed in the GOP primary by the Democratic Congressional Campaign Committee (DCCC), presumably because he was seen as too far right to win the general election.

John Gibbs, who was also supported in the primary by former President Donald Trump, made the comments as a student at Stanford University in the early 2000s, CNN reported this week.

At Stanford, Gibbs founded the Society for the Critique of Feminism, a self-described “think tank” that contended that the women’s suffrage movement had made the United States into a “totalitarian state.”

Its now-defunct web page also argued that “the United States has suffered as a result of women’s suffrage.”

“What he’s saying is outrageous,” Pelosi said when asked by reporters about the comments during her weekly press briefing on Capitol Hill. “I don’t think many members of here would subscribe to that, but the insult to women’s intelligence is one that exists in many forms around here.”

The California Democrat compared such ideas to the current push from some Republican lawmakers to ban abortion.

“I think I hear something like that every day around here, when people say that women shouldn’t be able to make their choices about contraception or their own reproductive health,” Pelosi said. “That’s a sign of disrespect for women.”

In the GOP primary last month, Gibbs defeated incumbent Rep. Peter Meijer, R-Mich., a first-term congressman who was one of 10 Republicans who voted to impeach Trump in 2021.

During the primary, the DCCC spent $435,000 on an advertisement to boost Gibbs because it felt he would be easier to beat than Meijer in the November general election.