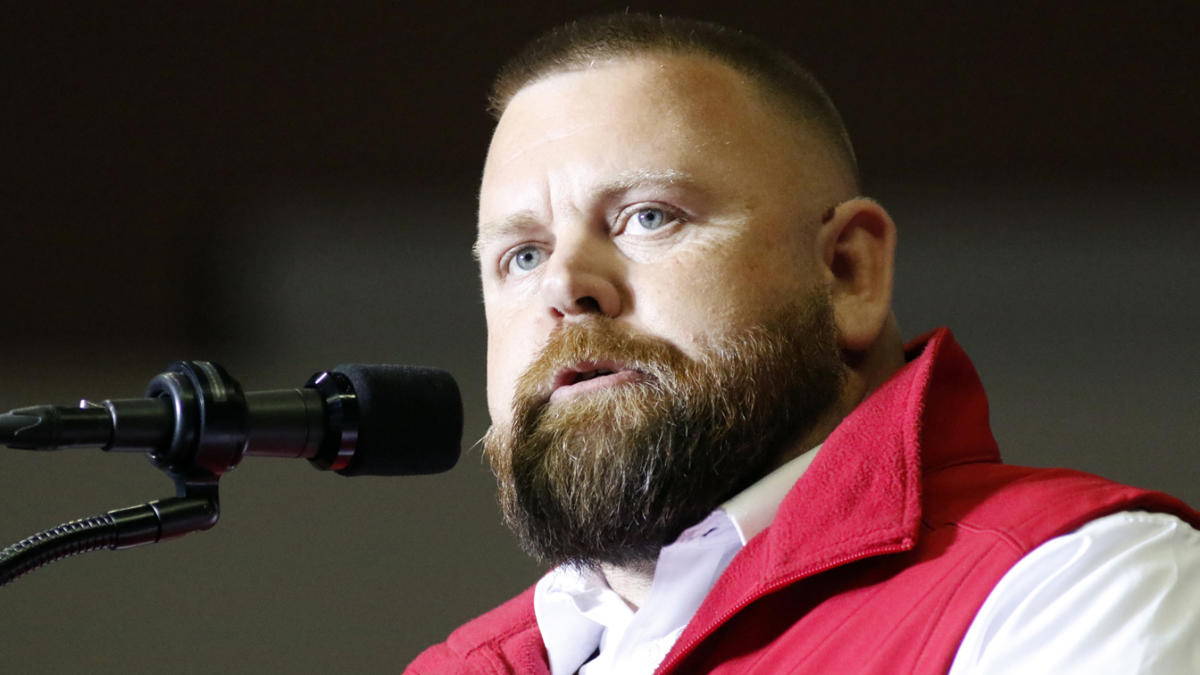 Republicans’ chances to flip a swing Ohio House seat took a hit this week after it was revealed that Republican nominee and Jan. 6 attendee J.R. Majewski allegedly lied about his military service.

The Associated Press reported Wednesday that Majewski had misrepresented his military service. According to military records, he was primarily stationed at an Air Force base in Japan but served a six-month deployment in Qatar loading planes to support the Afghanistan war effort in 2002. This is in contrast to the language of his campaign, where he refers to himself as a “combat veteran,” and a biography published by national Republicans, referring to him as part of a “squadron [that] was one of the first on the ground in Afghanistan after 9/11.” The AP also found that Majewski had likely exaggerated his professional experience, unable to find evidence to support his claim that he was an “executive in the nuclear power industry.”

The following day, multiple outlets reported that the National Republican Congressional Committee had withdrawn a nearly $1 million ad buy attempting to push Majewski ahead of Democratic Rep. Marcy Kaptur. (House Minority Leader Kevin McCarthy, R-Calif., campaigned with Majewski in August.) Kaptur’s Ninth District, which stretches along Lake Erie in the northern part of the state, was redrawn prior to this election to include more conservative areas. Former President Donald Trump would have won the new district by 3 points in 2020, making Kaptur, the longest-serving woman in Congress, a top target for Republicans in a race identified by nonpartisan prognosticators as a toss-up.

Majewski contested the AP report in a Thursday night interview with the right-wing outlet Newsmax, calling it a “lie” and “slander.” He said his unit did fly into Afghanistan to transport supplies and troops.

Despite having no prior political experience, Majewski won a four-person primary that featured multiple sitting state legislators. Kaptur had been painting him as an extremist in her advertising, noting that he traveled to Washington, D.C., for the insurrection of Jan. 6, 2021, though he has said he only attended the “Stop the Steal” rally, where Trump spoke ahead of the riot, and did not breach the Capitol. A number of Twitter users have publicly thanked Majewski for funding their travel to Washington to protest the certification of Joe Biden’s electoral victory. In a livestream following the 2020 election, he called for every state that voted for Trump to secede from the union.

Majewski spoke at a Trump-headlined rally for GOP Senate candidate J.D. Vance earlier this month, introducing himself by saying his pronouns were “patriot and ass kicker” and referring to himself as “an ultra-MAGA candidate.” During the remarks, he said that “Democrats stole this country from us in 2020.”

Majewski first received the attention of the national media, and of Trump, during the summer of 2020, when he painted his lawn to look like a giant Trump reelection banner. He appeared on Fox News to talk about his yard while wearing a QAnon T-shirt, suggesting support for the pro-Trump conspiracy theory, which is based on the unsubstantiated belief that the former president is working to take down a powerful cabal of child-eating pedophiles. Trump praised Majewski and his lawn.

The former president did not formally endorse Majewski in the primary but did speak highly of him at a rally immediately before, saying, “He’s been carving the name Trump on his farm, and those planes would pass over that farm. You know who I’m talking about. And he’s a great guy, and he’s in there fighting for whatever the hell he’s fighting for. I don’t care. I love him, J.R. Majewski.” Majewski used part of Trump’s quote in one of his final campaign ads. In June, Trump endorsed him for the general election, touting his military service and experience with nuclear energy.

According to Media Matters, a liberal media watchdog group, Majewski has also posted a number of QAnon-affiliated images and hashtags on his Instagram page, including #WWG1WGA, an abbreviation of the QAnon slogan “Where we go one, we go all.” Media Matters also found he has close ties to RedPill78, a prominent QAnon influencer who has been banned from multiple social media platforms, including Twitter and Facebook, for promoting the violent conspiracy theory.

In a sign of how tight the race was, Kaptur released an ad in August criticizing Biden for his policy on China and concluding with a narrator saying, “She doesn’t work for Joe Biden, she works for you.” It was a change from January, when the 76-year-old Kaptur explained her decision not to retire by saying to NBC News, “Joe Biden is the first president in my lifetime — and that’s one reason I’m running again, because I’m going to help Joe as much as I can — that sort of gets it.”

Even with Majewski potentially costing them a seat, Republicans are still favored to win a majority in the House, with the data analytics site FiveThirtyEight giving them a 69% chance. The nonpartisan Cook Political Report’s latest update estimated that the GOP needed to win only six of its 31 projected toss-up races to retake control of the House. While the Supreme Court’s unpopular decision to overturn Roe v. Wade is expected to help drive turnout for Democrats, some of the party’s consultants are still warning of a potential “MAGA surge.”