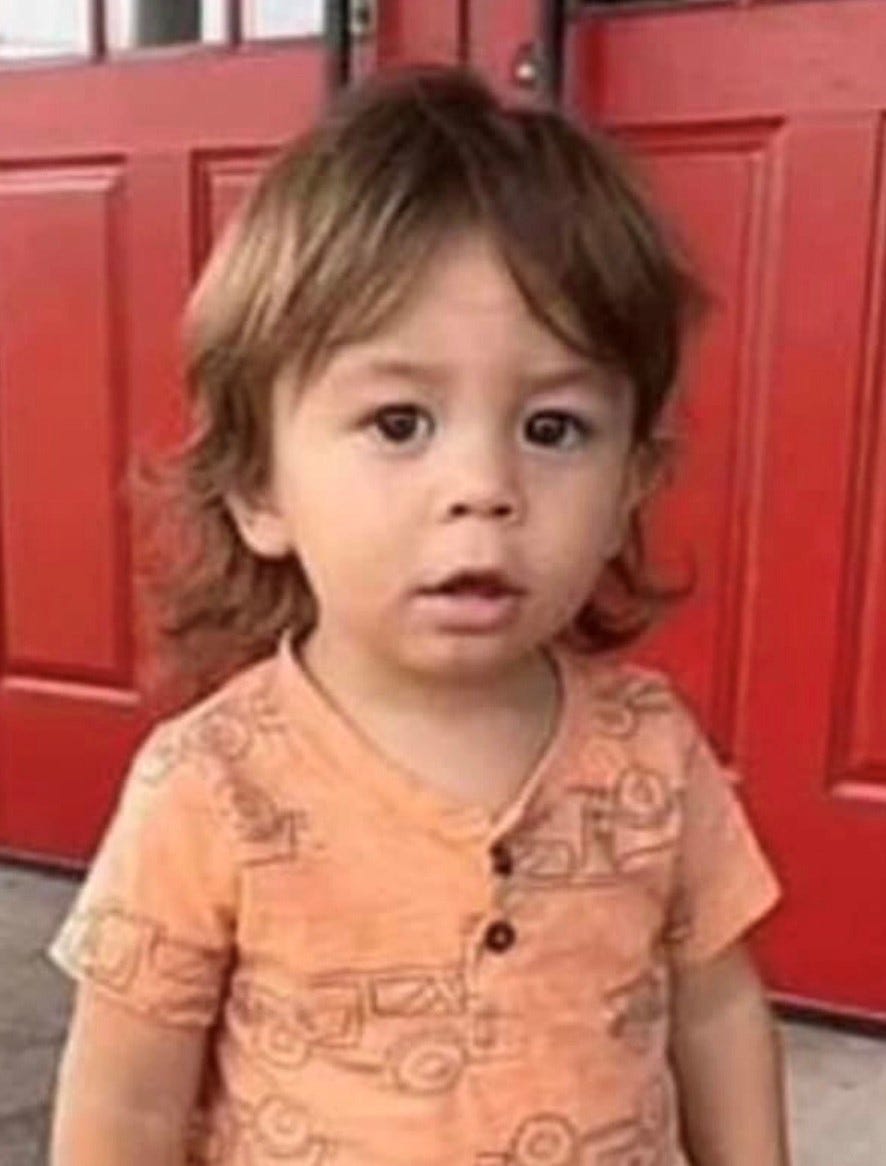 Remains found in a Georgia landfill are believed to be those of a toddler reported missing in October from his Savannah home by his mother, police said Tuesday.

The child’s mother, Leilani Simon, who has been the sole suspect in this case, was arrested Monday in Savannah and was being held on charges of malice murder, concealing a death, and false reporting/making false statements, Chatham County Police Chief Jeffrey Hadley said in a news conference.

Simon, 22, reported her son, Quinton Simon, missing from their home on Oct. 5, police said in a tweet.

“Since that time, millions of people have followed Quinton’s case and have been awaiting answers,” police wrote.

The boy’s mother was being held in the Chatham County jail awaiting a bond hearing slated Tuesday. It was not immediately if she has an attorney.

No other arrests in the case are anticipated, police tweeted.

Within three hours of Simon reporting her son missing, FBI agents were on the scene, leading a multi-agency effort to find the boy, Hadley said.

After weeks sifting through a Chatham County landfill, he said, police, FBI investigators and Georgia Department of Natural Resource officials found what appeared to be human remains, including bones.

The remains were sent to the FBI lab in Quantico, Virginia, Hadley said.

Will Clarke, senior supervisory resident agent for the FBI’s Savannah and Brunswick offices, said additional DNA testing is underway to confirm they belong to Quinton. Those results will not be available for several days, Clarke said during the news conference.

‘Didn’t have time to scream’: As the shooting started at Club Q, bodies fell, and an Army vet rose

Police said they arrested Simon Monday based on previously gathered evidence in connection to the disappearance of her son. They did not elaborate.

“This is a heartbreaking development for everyone who loved Quinton, for the many people who came to know him after his disappearance, and for our department,” said Hadley, his voice cracking with emotion. “When we first received the call that Quinton was missing, we were hopeful that we would find him alive and unharmed. But, as we have been telling [the public] for weeks, all of our evidence pointed to his mother being responsible for his death and his remains being found in the landfill.”

Both officials remain tight-lipped regarding other details gathered during the investigation in an effort to not jeopardize the case that has drawn national attention as well as the recent disruptions of protestrs and curiosity-seekers.

“We have a high level of confidence that those are Quinton’s remains,” said Hadley. “So, there is a little bit of relief. But be mindful. There’s still a lot of work to do.”

The case remained under investigation Tuesday.

Natalie Neysa Alund covers trending news for USA TODAY. Reach her at nalund@usatoday.com and follow her on Twitter @nataliealund.