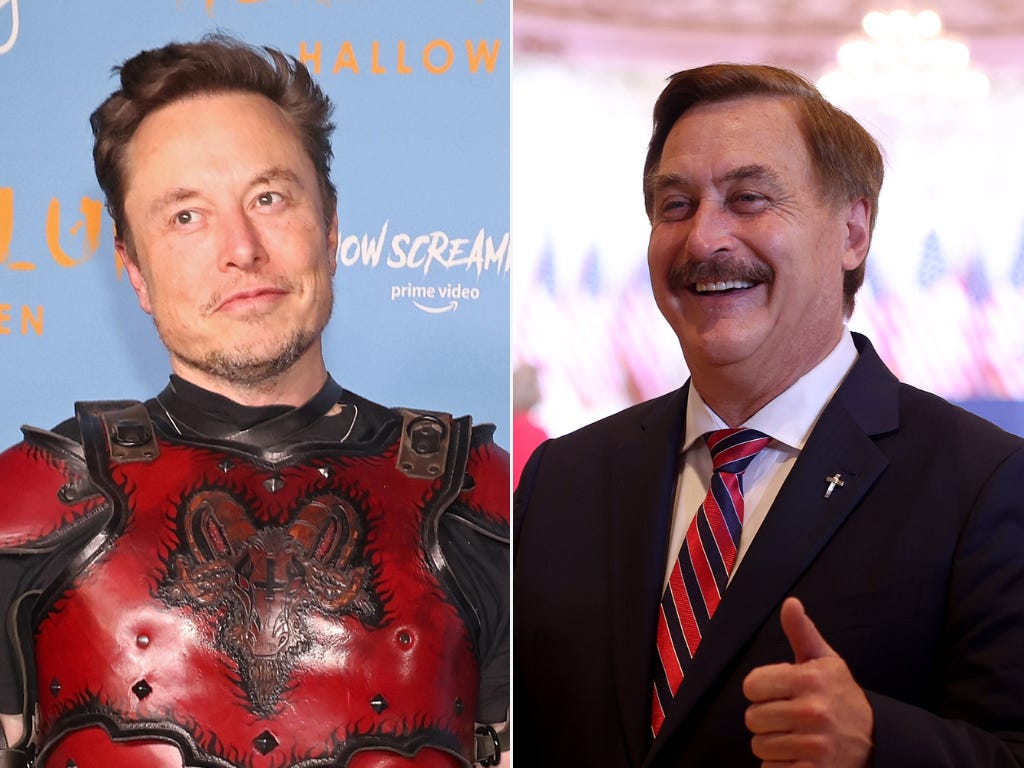 MyPillow CEO Mike Lindell says he will drop “everything” to fly off and speak to Elon Musk about reversing his Twitter ban.

Speaking to former Trump adviser Steve Bannon on the latter’s “War Room” podcast on Tuesday, Lindell talked about how he is still banned from Twitter, which Musk recently bought.

Lindell was permanently banned from Twitter in January 2021 for pushing groundless claims of voter fraud. He was banned a second time in May after setting up a new account.

“They haven’t reached out. Everyone’s got their Twitters back and so on,” Lindell told Bannon. The pillow CEO was referring to the reversal of some suspensions under Musk, including from former President Donald Trump, Rep. Marjorie Taylor Greene and the rapper Ye, formerly known as Kanye West.

“Would you commit right now to do an open live Twitter with Elon Musk?” Bannon asked Lindell. “He’ll play 20 questions, he’d rip your face off, you present your evidence and he takes you on, mano a mano, and your evidence about what you believe is the voter fraud related to machines and other things in the 2020 election?”

“Absolutely. I’d fly to him, do whatever it takes, I would hand it to him on a silver platter ” Lindell said. He added that he hoped Musk would see, after their conversation, how his Twitter ban should be reversed.

“I would do that any day anytime, any time of day or night, and I’ll drop everything I have to do that, Steve, because I believe it’s very important to our country,” Lindell said.

“And if you’re gonna have a platform of free speech now and without this cancel culture, you can’t just say anybody that talked about machines can’t be on it,” Lindell added.

Lindell was referring to debunked claims about election fraud that he has consistently pushed over the last two years. Lindell has often parroted baseless claims from Trump that voting machines were used to tamper with the results of the 2020 election.

Speaking to Insider on Tuesday night, Lindell said he has never spoken to Musk but wants to.

“I want to show him the evidence of why Twitter kicked me off,” Lindell told Insider. “I want to help save the USA from a communist takeover.”

Other accounts that remained banned on Musk’s Twitter include one belonging to conspiracy theorist Alex Jones, whom Musk said this week that he has “no mercy” for.

Musk did not immediately respond to Insider’s request for comment.