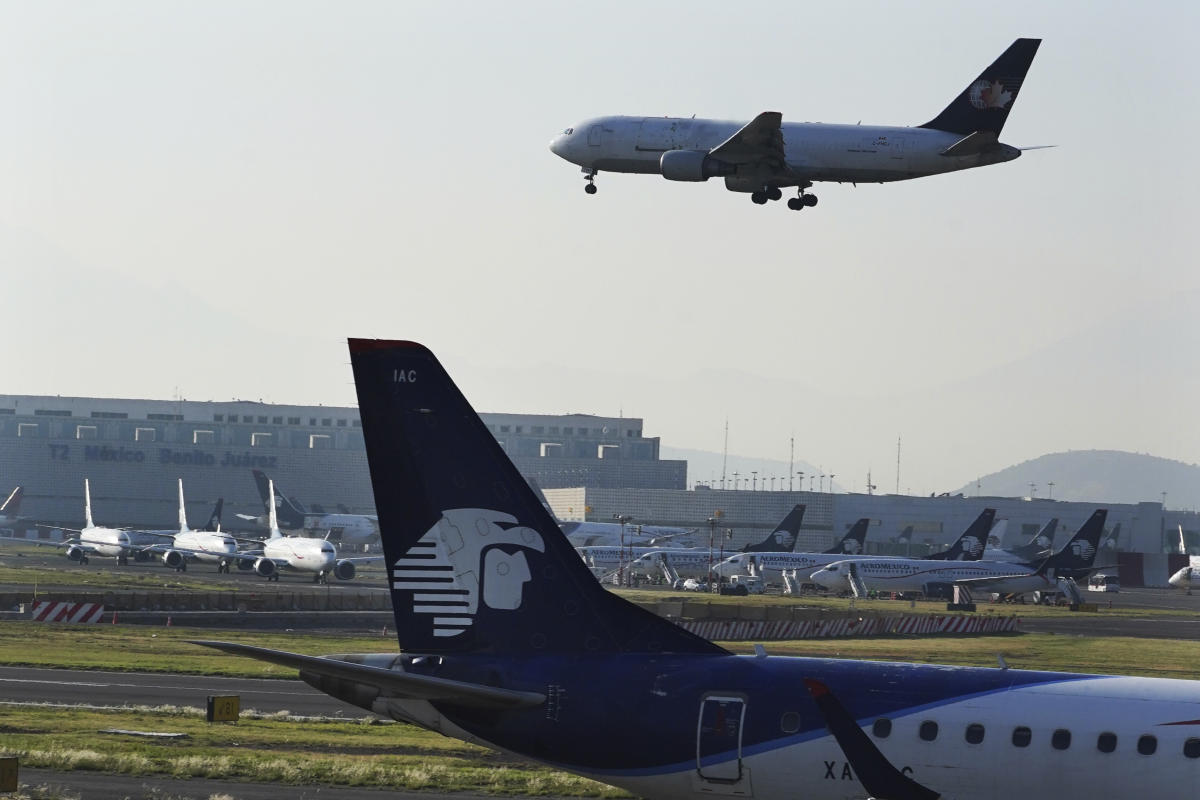 The internet outage Wednesday came almost one month after aviation and transportation authorities were forced to suspend medical, physical and license renewal exams until 2023 because the Transportation Department’s computer systems had been hacked.

After a near-miss between two planes at the Mexico City airport on May 7, things just got worse. Authorities revealed that one of the airport’s main terminals is sinking and needs emergency work to shore it up.

President Andrés Manuel López Obrador’s answer has been to propose allowing foreign airlines to fly domestic routes. But the safety downgrade — the FAA dropped Mexico from Category 1, which most countries have, to the lower Category 2 in 2021 — prevents Mexican airlines from opening new routes to the United States.

Thus, Mexico’s struggling airlines face competition in their home market, with no access to new international routes. Experts say all of it looks like a disaster for domestic aviation, a sector López Obrador had placed special emphasis on developing.

“It is not very encouraging for investment or the prospect of recovering Category 1 in the short or medium term,” aviation expert Rodrigo Soto-Morales wrote in the trade journal a21, referring to the internet outage and hacking.

Authorities said the Mexico City airport internet cables were cut by thieves who mistakenly thought the fiber optic cables were saleable copper. They stressed it happened outside airport property but, in fact, it was a cable conduit that leads directly into the airport from less than a mile away.

“If something goes wrong, they investigate themselves and say they don’t bear any responsibility,” said Rodriguez Garduño.

“It seems possible that this is a process where we are taking steps backward,” Rodriguez Garduño said.

Consider the incident on May 7, when a Mexican airliner was cleared to land on a runway where another plane was about to take off. They came within a few hundred yards of each other.

The only person who appears to have been fired for the near-miss was a member of the crew of another plane who filmed the incident on her cellphone, accompanied by the words, “No no no no,” and a phrase roughly equivalent to “unbelievable.”

“The problems we are seeing, for example, in air traffic control where planes are on the verge of colliding … the failure of the immigration system, the problems with training and maintenance supervision, the issuing of permits, it’s a recurring thing that didn’t start yesterday with this administration,” Rodriguez Garduño said, “though this administration also hasn’t taken the necessary steps.”

It is all a strange position for a president who placed so much emphasis on the airline industry that one of his administration’s biggest projects was to build a new Mexico City airport to relieve pressure on the overcrowded old terminal.

López Obrador has asked the army to offer civilian domestic flights, and has publicly stated a desire for a state-run airline in Mexico. But the president does not like spending money on the kind of independent regulatory bodies that many say are needed to ensure safety.

Over the past year, there were at least 17 incidents of ground-proximity warning system alerts for planes approaching the Mexico City airport. The International Air Transport Association, which represents 290 airlines, wrote to the Mexican Airspace Navigation Services expressing concern about the close calls.