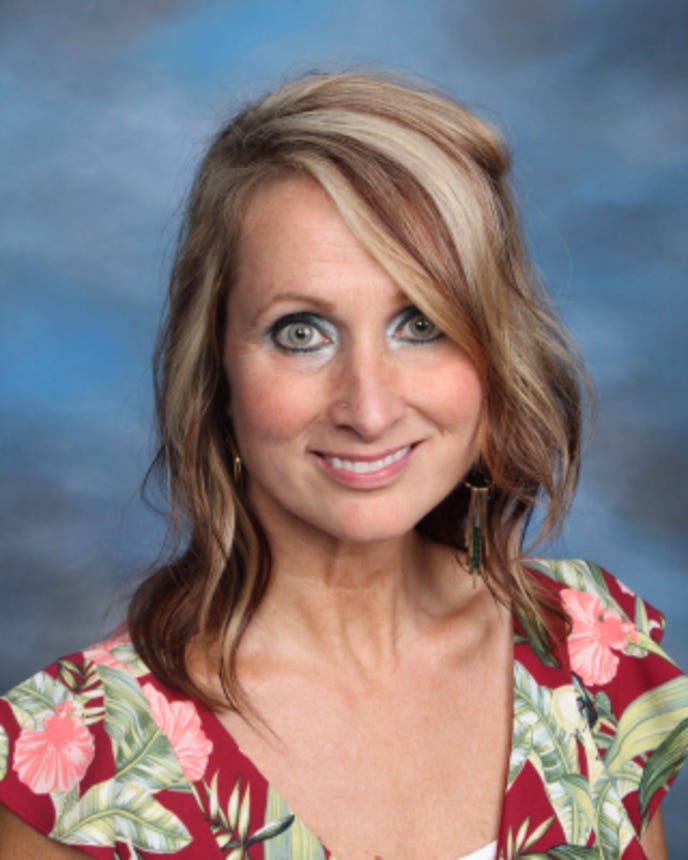 Parents in Merton, a small school district in Waukesha County, are looking for answers after a school principal has submitted her resignation, effective at the end of the school year.

Becca Stein, who was principal of Merton Elementary, confirmed her resignation to the Journal Sentinel but did not explain why she resigned.

A group of parents, who had gathered over 500 signatures in support of Stein, said they believed Stein was pressured to resign by school board members. None of the board members answered questions Friday from the Journal Sentinel.

Stein shared a copy of her resignation letter to the board with the Journal Sentinel, but referred a reporter to Russ for questions about the matter. Her letter, dated Jan. 17, did not explain her decision but thanked the community and offered her “best wishes” to the district.

“I am very grateful for the opportunity to serve the students and families of the Merton community, and I am proud of the great work that we did together,” Stein said in her letter. “As my family embraces new personal and professional changes, please know we will always be connected with our Merton family and many fond memories.”

Russ did not respond to requests from the Journal Sentinel Friday to explain Stein’s resignation. His letter to parents thanked Stein for her leadership.

“I would like to thank Ms. Stein for her 3+ years of service, dedication, and efforts to our families, community, and staff,” Russ wrote. “Ms. Stein has been instrumental in leading Merton Primary through the pandemic and has made many classroom and instructional improvements that will be long lasting.”

Russ said information on how Stein’s position will be filled will be shared “in the near future.”

When reached by phone, Merton School Board President Dean Dobbertin declined to comment.

Merton School Board vice president Andrew Lehman said “no comment” in an email to a reporter.

The board’s other three members — Troy Andersen, Nicole Cotton and Lindsay Kent — have not yet responded to phone messages and emails left with them seeking comment.

Stein’s resignation letter came just a day after Hartland-Lakeside School District superintendent Nancy Nikolay submitted her resignation. Nikolay did not comment on her reasons for doing so.

Arrowhead High School superintendent Laura Myrah announced her retirement from the district in a letter to staff in December 2022. Myrah cited in her letter the increased politicization in schools as her reasoning for retiring.

Parent group in support of Stein

The group also has created websites, one called standbystein.com and another called mertonschoolminutes.com. On those websites, the group claims some Merton School Board members pressured Stein to resign and intended not to renew Stein’s contract.

“We knew it was coming and I think right now we’re pretty sad and frustrated, but also we’re trying to move forward to rectify the situation with a board that’s unwilling to listen to the community,” said Amy Miller, a parent with a child attending Merton Primary School and a member of the parent group, in a phone interview Thursday.

Parent Rachal Krenke, also a member of the parent group, said she was sad to learn of the resignation and didn’t expect the board to change its mind.

“My intention was always to go to the Jan. 30 board meeting knowing that they already voted not to renew her and sharing how important she is to my family specifically, how big of a mistake our board has made and demand that they start listening to the public because it just really feels like they’re not,” Krenke said in a phone interview Thursday.

Parent Tiffany Davis said she was saddened to hear the news of Stein’s resignation.

“As a parent, I just wonder what the future holds for Merton and as far as my son’s education goes wondering what the next step is,” Davis said in a phone interview Friday.

Davis also shared what she’ll miss about Stein, which included her charisma, friendly demeanor and involvement with the school’s children.

“I’m just going to miss all around knowing (my son) is surrounded by somebody so loving on a daily basis, if that makes sense,” Davis said. “Each year, it’s different with a teacher. You just never know. But when you have a principal that is the head of the school, it changes things and you feel comfortable sending your child somewhere where there’s going to be love and brightness in their day no matter what.”

Miller also said there are issues the parents have beyond just Stein’s resignation, including results of a school climate survey.

“There’s the survey results, which clearly points to an issue stemming from the board about how a majority of our staff feels and that has been a really big concern for parents as well,” Miller said.

Miller said that she has heard “a lot of parents” are planning to attend the next meeting of the school board, Jan. 30.

“I think the overall feeling is that there’s a lot of secrecy and not sharing of information,” she said. “We understand that some of that can’t be shared, but a lot of it can. So we are doing a lot of those open records requests and let them read with their own eyes about what really is going on behind these closed doors.”

Our subscribers make this reporting possible. Please consider supporting local journalism by subscribing to the Journal Sentinel at jsonline.com/deal.

DOWNLOAD THE APP: Get the latest news, sports and more

This article originally appeared on Milwaukee Journal Sentinel: Merton principal to resign after hundreds petitioned for her to stay