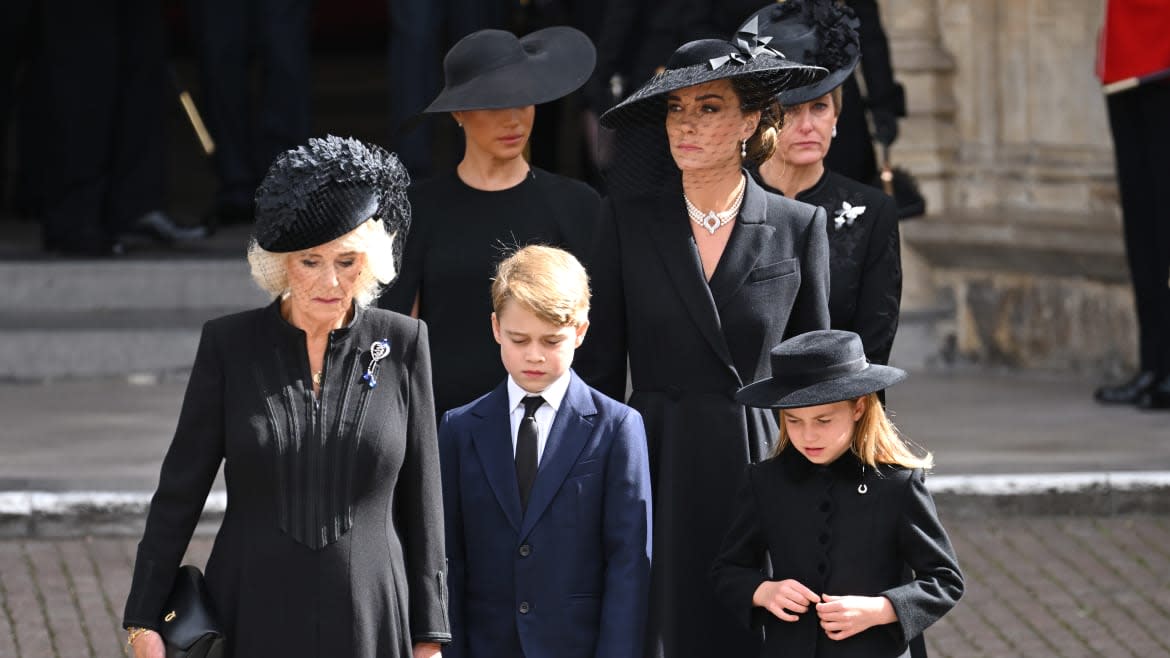 Meghan Markle and Kate Middleton did not exchange a word in the ten days preceding the funeral of the late Queen Elizabeth, reports claimed Wednesday, and Harry’s truce with his brother will collapse if Harry presses ahead with plans to publish a memoir.

Sources told respected royal correspondent Russell Myers of the Daily Mirror that despite careful attempts to portray a united front, including a public walkabout by Harry, Meghan, William, and Kate at Windsor Castle, there would be no reconciliation until all Harry’s “cards are on the table,” and the book is either published or scrapped.

A source described as a “royal insider” told Myers, “The family continue to be in mourning and are now finally being allowed to grieve for the queen away from the gaze of millions.

“However, any talk of a truce between the Prince (William) and the Duke (Harry) would only be temporary.

“There is still a serious amount of distrust in the air and there hasn’t been any cause for that to change.”

Referring to Harry’s memoir, the release date of which is unknown, but which may now be delayed from its originally scheduled publication date of “late 2022,” the source added, “The feeling is very much that there is little point in pursuing a repair in relations until all the cards are on the table.”

The Daily Beast understands that the palace is deeply concerned that the book may seek to undermine and damage Charles.

In an interview with The Cut, published just days before the queen’s death, Meghan appeared to make a veiled threat that she would release further damaging details of her life as a royal, saying, “I’ve never had to sign anything that restricts me from talking… I have a lot to say until I don’t.”

The Sussexes have now spent three weeks away from their children and are expected back in California soon.

Myers added that sources said Kate and Meghan were “not known” to have exchanged words throughout the whole period that the Sussexes were in the U.K.

Relations between the two tanked after Meghan accused Kate of making her cry at a bridesmaid fitting ahead of her wedding, but said that press reports subsequently twisted the incident to say it was Meghan who had made Kate cry, and that the palace refused to back her up.

Evidence of the estrangement between Harry and his family has been seen in a slew of decisions that appeared to cast him as an outsider, from not finding a spot for him on the military jet that flew William and other family members to Scotland, to the fact that he and Meghan were not invited to a reception for world leaders on the eve of the funeral and the decision to ban him from wearing a military uniform for almost all of the events.

Additionally, Harry was only told of the queen’s death by his father five minutes before it was announced to the world.