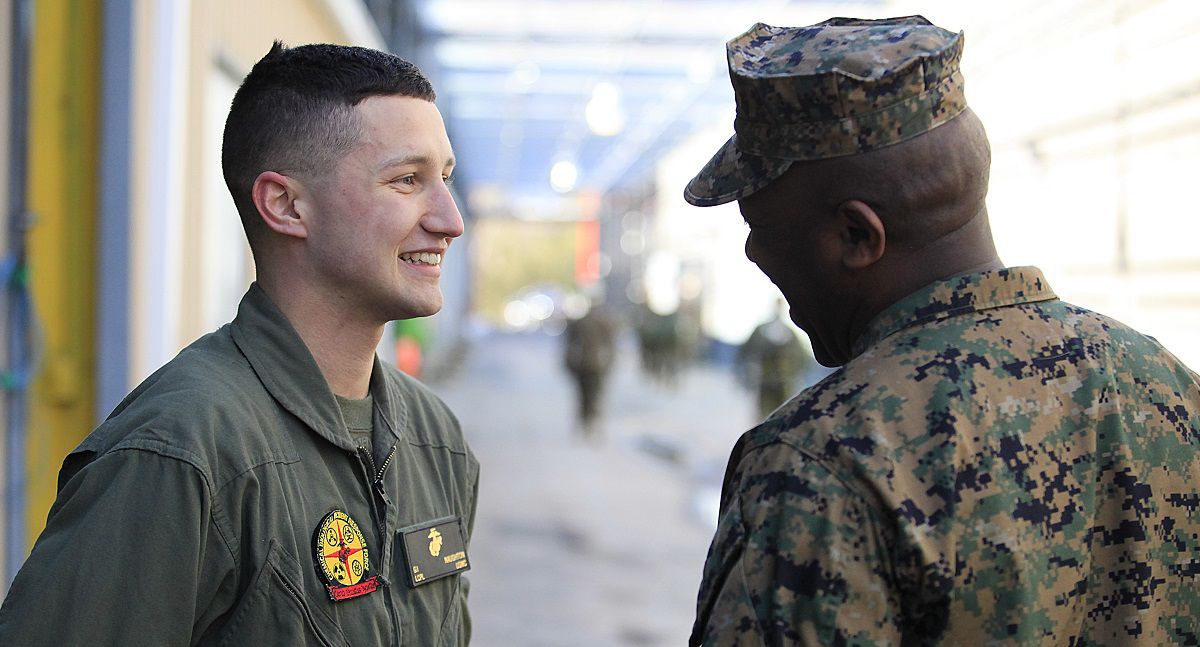 A Marine sentenced to 14 months behind bars for his role in stealing ammunition from the government, and then dumping even more ammo and explosives in a ravine in a panicked attempt to avoid getting caught, will get no relief from his sentence, a military appeals court has ruled.

Sgt. Gunnar Ian Naughton was sentenced in July 2021 by a military judge at Camp Pendleton, California, after pleading guilty to dereliction of duty, wrongful disposition of military property, larceny and obstruction of justice.

In addition to time in confinement, his sentence included forfeiture of all pay and allowances, reduction in rank to private and a bad-conduct discharge.

Naughton had been assigned as an Arms, Ammunition and Explosives officer with 1st Reconnaissance Battalion ― a role that meant he was in charge of accounting for the unit’s ammunition, and collecting and reorganizing unused ammunition at the end of each training day.

In September 2020, Naughton and a handful of other troops hatched a scheme that would exploit the trust inherent in that role: They’d pocket some of the ammo they collected instead of returning it to military storage. Naughton, according to court documents, would then falsify logbook entries to cover up the crime.

While Naughton’s attorney would argue the Marines were filching some 840 5.56 mm rounds and other ammunition so that they could shoot it on their own time, one of the alleged perpetrators, Cpl. Jason Peters, tried to sell some of it online, the attorney said. Peters was arrested in February 2021.

After learning of Peters’ arrest, Naughton made a desperate attempt to destroy all evidence of the conspiracy.

He told one of the troops, Navy Hospital Corpsman Third Class Arthur Goldsborough, to delete Signal and WhatsApp messages in group chats that might implicate the Marines, and hauled several cans of stolen ammo out of the home of another conspirator, Staff Sgt. Brian Newport, so he could hide them off base.

Ultimately, Naughton tried to destroy all the remaining evidence by dumping it into the ravine. He was apprehended, however, in the same law enforcement sting that ensnared Peters and seven more troops.

The ammunition Naughton dumped was worth more than $4,000 and included three grenades and more than 11,000 rounds of small arms ammunition, according to a published charge sheet.

In his appeal to the Navy-Marine Corps Court of Criminal Appeals, Naughton alleged that his defense counsel, including civilian attorney Phil Stackhouse, did not effectively defend him. He said they failed to obtain a “substantial assistance” letter from the military prosecutors stating that Naughton’s help in building cases against the other conspirators merited a lighter sentence.

Naughton also argued that his legal team could have taken that same recommendation letter and submitted it to the convening authority ― the general overseeing the prosecution ― to request clemency consisting of a suspended bad-conduct discharge.

In the per curiam appellate ruling, published Oct. 25, the judges shut these arguments down, finding Naughton’s own actions and responses to his legal team may have had a negative effect on his case.

They write that Stackhouse, in a sworn declaration responding to Naughton’s claims, did attest to asking about obtaining a substantial assistance letter, adding that a member of the military prosecution team responded that they’d look into it, but never followed up further. The declaration also suggests there were reasons the prosecution team didn’t write the letter.

While Naughton had two post-trial meetings with law enforcement officers, the appellate ruling states, he balked at sharing information about another person who had allegedly been given some of the stolen ammo: his father-in-law.

“According to civilian defense counsel, ‘the special agents, prosecutor, senior trial counsel, and regional trial counsel, were angry after the first interview’ because [Naughton] would not disclose the location of other missing explosives until legal representation had been secured for his father-in-law,” the decision states.

It adds that this encounter prompted an email from the regional trial counsel expressing concerns that Naughton might not be complying with his plea agreement.

Reached via email, Stackhouse declined to comment on the case.

Naughton, who was credited at sentencing with having served 147 in pretrial confinement, has now completed the confinement portion of his sentence.

Peters would ultimately be tried by civilian authorities, pleading guilty to possession of stolen explosives in July 2021. At least one of the other troops, all of whom were assigned to 1st Reconnaissance Battalion, had his charges dismissed; the other cases were investigated and adjudicated separately.