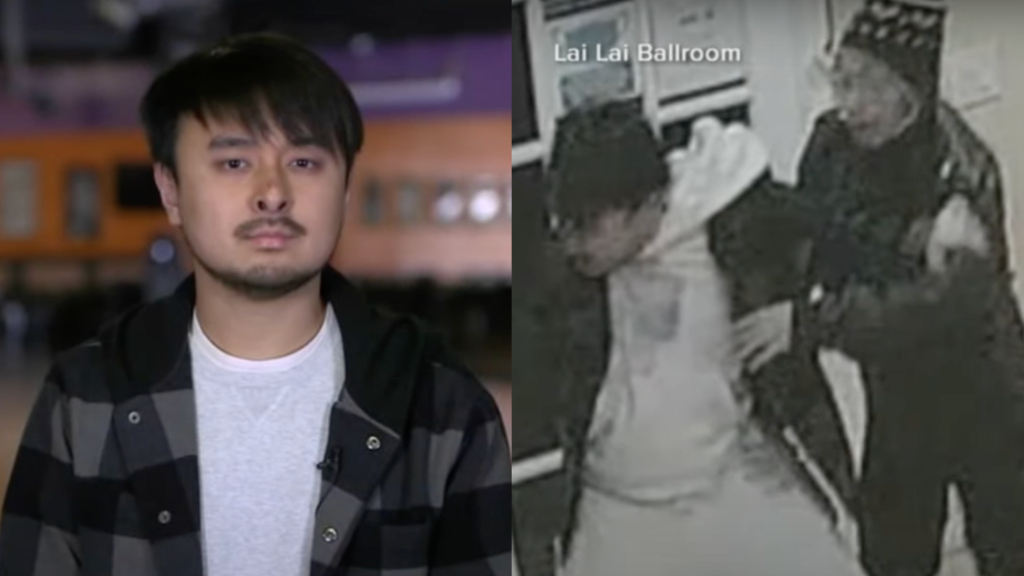 Brandon Tsay, the man being hailed a hero for stopping the Monterey Park shooter, spoke about the night he disarmed the suspect at the Lai Lai Ballroom & Studio in Alhambra, California.

Tsay recalled the evening of the Lunar New Year (LNY) celebration at the ballroom when he heard the front door close and “the sound of metal objects clinking together.”

“That’s when I turned around and saw that there was an Asian man holding a gun. My first thought was I was going to die here, this is it,” Tsay said during an interview on “Good Morning America” on Monday.

Tsay, a 26-year-old coder and the third-generation operator of the family-run dance hall, quickly realized that he needed to disarm the man, who has since been identified as 72-year-old Huu Can Tran.

When I got the courage, I lunged at him with both my hands, grabbed the weapon and we had a struggle. We struggled into the lobby, trying to get this gun away from each other. He was hitting me across the face, bashing the back of my head.

Finally, at one point, I was able to pull the gun away from him, shove him aside, create some distance, point the gun at him, intimidate him and say, “Get the hell out of here. I’ll shoot. Get away! Go!” At this point, I thought he would run away, but he was just standing here contemplating whether to fight or run away.”

Tran eventually turned around and fled the scene, and Tsay contacted the police soon after.

Tran reportedly arrived at Lai Lai about 20 minutes after he allegedly shot 10 people dead and injured at least 10 others at the Star Ballroom Dance Studio on West Garvey Avenue at around 10:20 p.m. on Saturday.

After a daylong manhunt on Sunday, Tran was found dead from a self-inflicted gunshot wound inside a white cargo van at a Torrance strip mall parking lot.

More from NextShark: ‘How much more do we have to do this?’: Anger, despair fill back-to-back rallies for Christina Yuna Lee

Although police have yet to determine a motive for the Monterey Park shooting, a witness claimed that Tran was looking for his wife in the dance studio, which had just hosted a LNY celebration.

“He found his wife there, so he started to shooting everybody on the… when they dance,” the witness told KCAL News. “He just come and then hold the gun and started shoot.”

Tsay, whose actions likely prevented further violence and led authorities to the suspect, has been hailed a hero by the community.

“This could have been much worse,” Sheriff Robert Luna of Los Angeles County said in a news briefing on Sunday afternoon.

“It was just my son. He could have died,” Tsay’s father Tom told The New York Times. “He’s lucky, someone was watching over him.”

Tsay, who said he felt traumatized, relayed on “Good Morning America” that he had stayed up all night to assist police with their investigation.

I was shaking all night. I couldn’t believe what happened. A lot of people have been telling me how much courage I had to confront a situation like this. But you know what courage is? Courage is not the absence of fear, but rather the ability to have adversity to fear when fearful events happen such as this.

In crises like this, the people need courage, especially the victims, their friends, their families. My heart goes out to everybody involved, especially the people in Star Dance Studio and Monterey Park. I hope they can find the courage and the strength to persevere.

Asians make up 65.1 percent of Monterey Park’s nearly 60,000 residents, according to census data. The city is located around seven miles east of downtown Los Angeles.

The Asian Americans Advancing Justice Southern California, in partnership with The Asian American Foundation, Asian Pacific Community Fund, Stop AAPI Hate, Gold House, Stand with Asian Americans and the Chinatown Service Center, has organized a fundraiser on GoFundMe to benefit the victims. The fundraising campaign has raised nearly $40,000 out of its $500,000 goal, as of this writing.