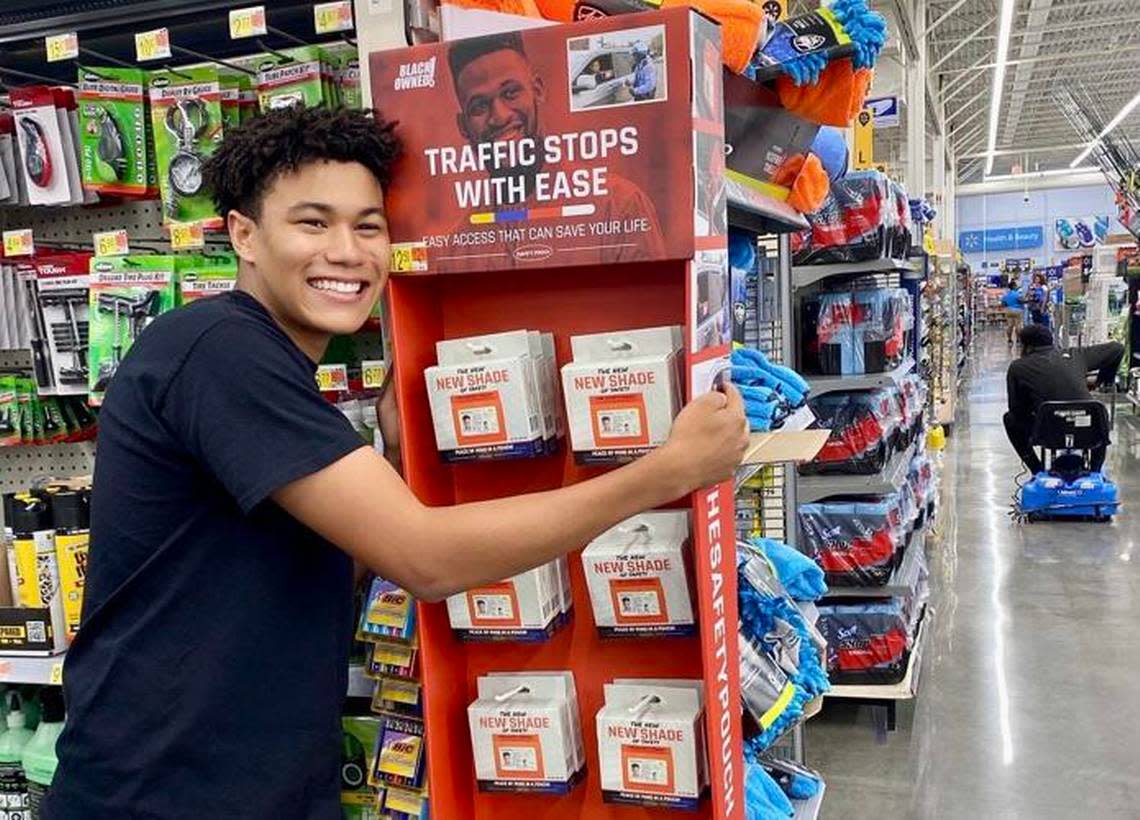 A 20-year-old New Orleans entrepreneur is going viral for his new invention that aims to keep Black drivers safe during traffic stops.

David Price, 20, sold Walmart on the Safety Pouch, a high visibility wallet that can attach to a visor on a car and hold all the important documents drivers need during a traffic stop.

The Safety Pouch is bright orange in color and is designed so a driver can reach for proper identification without having to go into a glove compartment, as Price demonstrated on TikTok.

Although he had sold some on Amazon.com, his business got a boom when Wal-Mart agreed to buy 15,000 Safety Pouches for 400 different stores. They’re already available at Walmart in Gulfport, where Price recorded a TikTok seeing his invention on shelves for the first time. So far, it’s been watched over 2.1 million times.

NOLA.com caught up with Price, who explained the idea came about in the fall of 2019 in his entrepreneurship class at Tulane when students were assigned to create a product that will somehow bring about societal change.

Price, who is Black, had long thought of the dangers that people of color face during traffic stops since he was 16 when his parents told him about the importance of communicating clearly with police, he told NOLA.com.

According to Price, the response to those who have used the product has been 100% positive.

“The most common response was that it was a conversation starter,” he told NOLA.com. “It was an opportunity for both parties (the motorist and police officer) to build a relationship in the moment.”

Price lives in New Orleans East and is excited to see his product on the shelves soon in his own city.

“I never imagined anyone would take me seriously,” Price said. “To trust that we could make this little bedroom operation into a full-scale business.”