Man sentenced for ramming a grandmother’s car then hitting, killing her as she checked damage 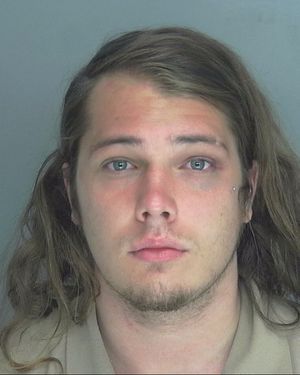 An eight-year battle for justice in the murder of a grandmother is over, according to the Douglas County District Attorney’s Office.

A jury convicted Dewey Green for killing 53-year-old Janice Pitts. Green was 23-years-old at the time of the crash in 2014.

A judge sentenced Green to life in prison without the possibility of parole plus forty years.

“This is a case that shocked our community. A grandmother, a law-abiding citizen, driving her daughter to work was senselessly and brutally run over and murdered by the defendant. Today, the judge ensured that the defendant cannot harm anyone else. Though nothing can repair the loss that occurred that day, we pray that this sentencing will provide the Pitts family some peace and healing knowing that the defendant was again held to account,” said Douglas County District Attorney Dalia Racine.

Pitts’ daughter previously testified her mother was driving her to work in June of 2014. The grandmother’s 4-year-old grandson was in a rear car seat. A black truck began ramming into the rear of her SUV. The truck then backed up slightly and Pitts, who was driving, went out to investigate.

Iesha Davis previously testified her mother inspected the damage to her bumper and rear panel, the truck driver then and pinned Pitts between his truck and her SUV.

“I run around to the back side and see my mom pinned up against the side. I immediately jumped up on the truck and started banging on the window for him to stop. I said, ‘Please, you’re crushing my mother. You’re crushing my mom. Please stop,’” Davis said through tears in court in 2015.

Davis said Green ignored her pleas and then ran over her mother.

“The truck backs up just a little enough to get around the truck and runs the woman over,” Horsely said.

In the chaos, Horsely said she rushed to comfort Pitts’ hysterical daughter Iesha, and her young son, who where passengers in the SUV.

“When I went to the car, and I opened the door, the child was looking down at his grandmother out the window,” Horsely said.

Witnesses said Green went up over the median, across a grassy knoll, and ended up sideways across Bill Arp Road where witnesses managed to stop him.

Prosecutors said the second conviction was the end of a long road to justice.