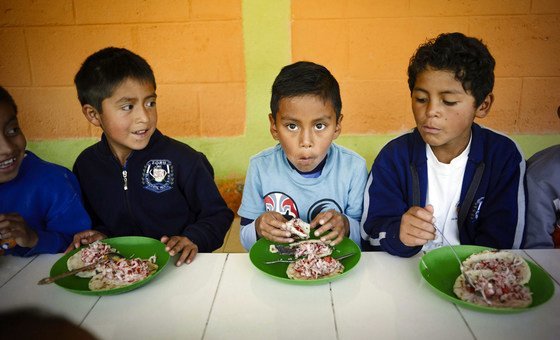 This alarming food insecurity spike happened even though Latin America and the Caribbean is the world’s largest net food exporting region. It had also outperformed other regions in reducing hunger and poverty, in the decade up to 2015.

In an appeal for agricultural reform to prevent a decade’s worth of backsliding on tackling hunger and poverty, FAO chief Qu Dongyu urged the Community of Latin America and Caribbean States (CELAC) to expand food supply in the Caribbean, where healthy diets are expensive.

Offering FAO’s help, Mr. Qu reiterated how important it is for Latin America and Caribbean leaders to tackle inequality “in the most unequal continent in the world”, as they had pledged to do, by 2030 at the latest.

Urgent collective action is also needed, he insisted, to focus on the social and economic consequences of the pandemic, rising food insecurity and the increasing prices of staple foods, fertilizers and other agricultural products.

In addition, all States should cooperate to confront the climate crisis and the erosion of biodiversity, deforestation and water scarcity, the FAO Director-General maintained.

Although FAO’s global food price index has shown falling prices for a range of essential goods in recent months, offering some respite, “recovery has yet to be established”, the agency said.

It forecast that more challenges are “inevitable” because the world’s agrifood systems will continue to face “risks and uncertainties, including those stemming from the climate crisis and economic slowdowns”.