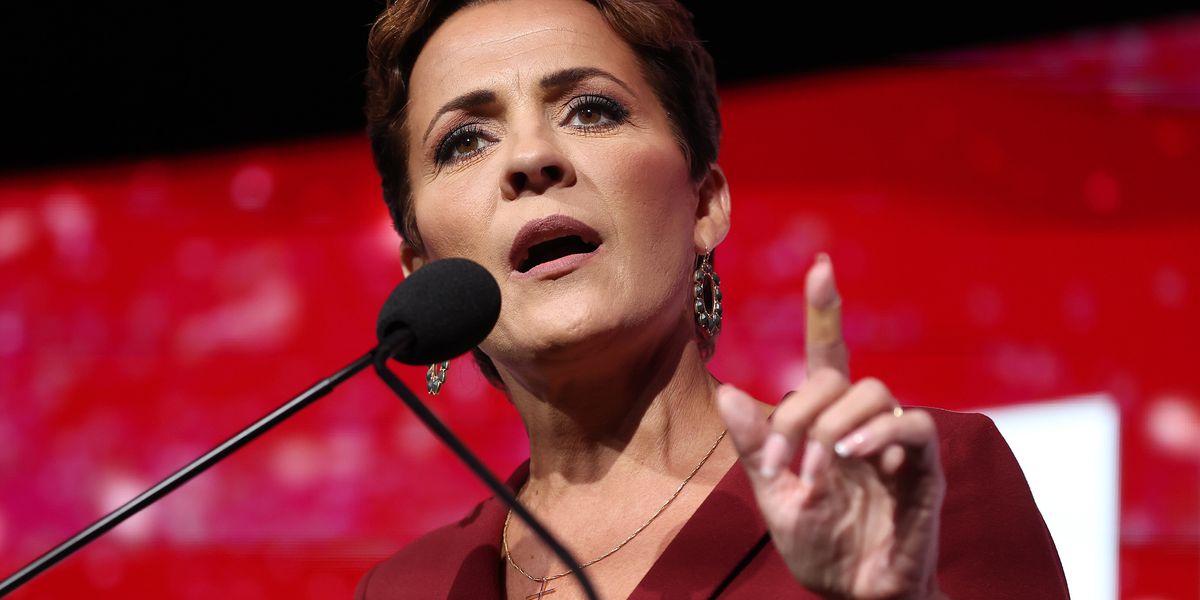 Kari Lake’s tweet Monday of a bizarre 2020 video praising Donald Trump revealed her future hope in politics, according to critics on Twitter.

“We need him now, more than ever,” wrote the far-right Lake, who cried foul on the former president’s 2020 defeat and on her own loss this month for governor in Arizona. Now some observers on Twitter think she’s aiming to be Trump’s running mate for 2024.

“The pivot from failed big lie candidate to fawning for the VP gig is right on schedule,” journalist Aaron Rupar wrote, sharing her post.

“The American Home” from video creator Damon Imani splices in boastful and lighter moments of Trump’s presidency with movie clips to make it appear that actors such as Robert De Niro, a staunch Trump critic, are rooting for him. It veers from parody to unadulterated worship.

Trump recently announced his candidacy for 2024, but the poor performance of many politicians he endorsed in the midterms is said to have hurt his standing in the Republican Party.

Lake’s refusal to concede in Arizona was further clouded by an allegation that her campaign threatened a top Maricopa County attorney.

But she may have found a new goal with a political figure she already hitched her star to ― and Twitter roasted her for the “bootlicking.”