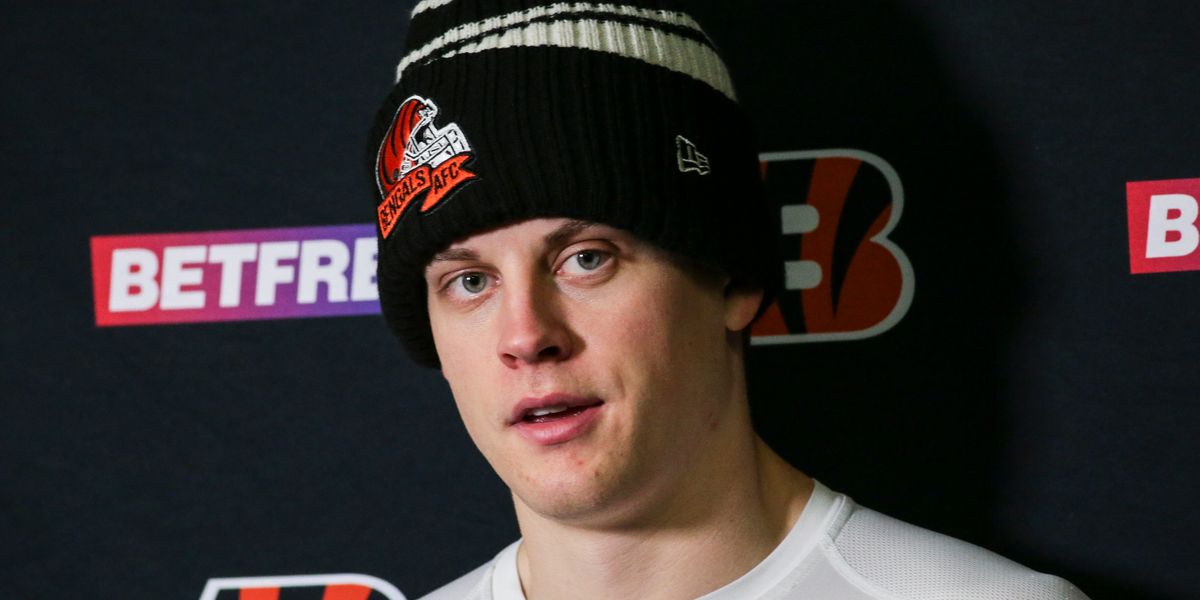 Cincinnati Bengals quarterback Joe Burrow wore souvenir sweatpants from “Seinfeld” after his team’s playoff win over the Buffalo Bills on Sunday ― not that there’s anything wrong with that. (See the images below.)

In fact, fans loved it, and Burrow may have won some converts with his sartorial sitcom statement. “Nevermind i like the bengals now,” one person wrote on Twitter.

Burrow was born about 1 1/2 years before the “Seinfeld” finale aired in 1998 and reruns are still popular. The Washington Post’s Nicki Jhabvala, who posted a snap of Burrow chatting with reporters in his “Seinfeld” souvenir, wrote that the player received the sweatpants for his birthday last year.

After throwing for 242 yards and two touchdowns against host Buffalo in the snow, the young star definitely looked like the “master of his domain,” another tweeter noted in a nod to a phrase made famous on the comedy.

The memes and praise kept coming online for Burrow, whose Bengals will face Kansas City for the second straight year in the AFC Championship Game on Sunday. Cincinnati won that previous matchup, but then lost the Super Bowl to the Los Angeles Rams.