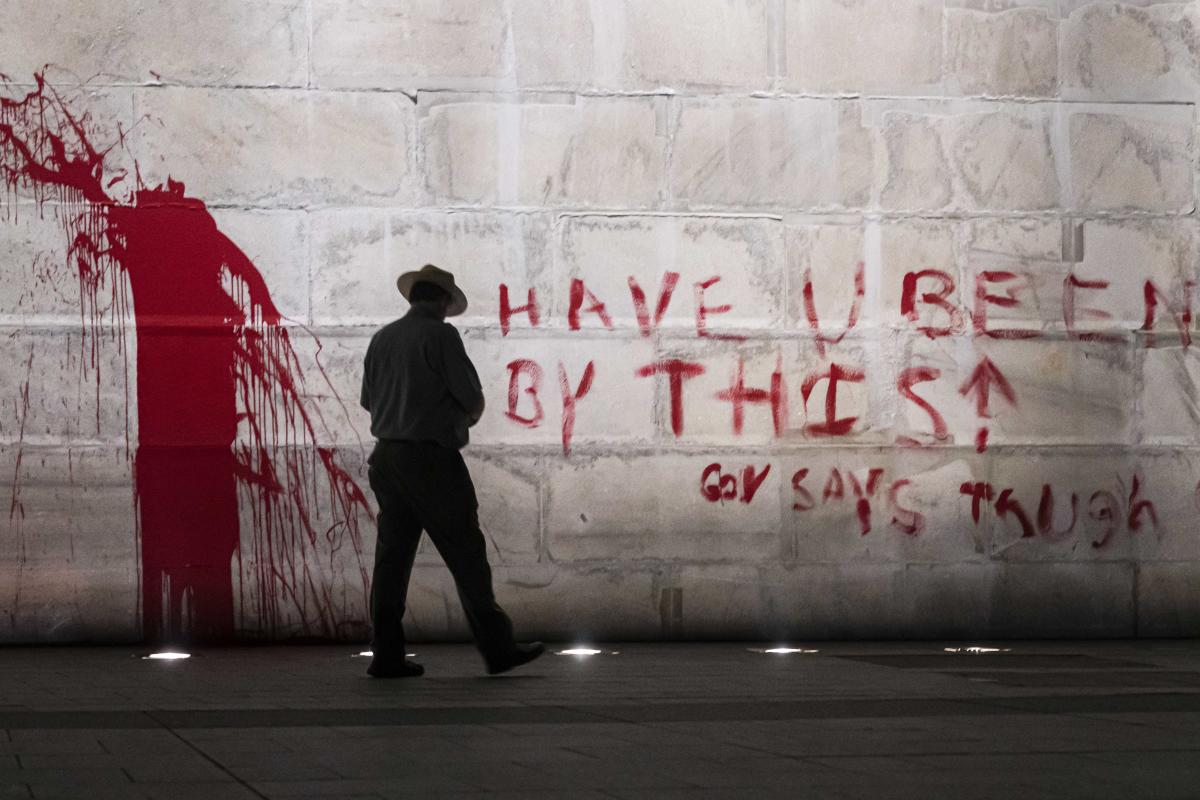 An Indiana man was taken into custody after the Washington Monument was vandalized with red paint late Tuesday, authorities said.

Shaun Ray Deaton, 44, of Bloomington, was arrested at 7:30 p.m. on charges of trespassing, tampering and vandalism, according to a statement from the National Park Service.

“This is an initial criminal charge and, as the investigation continues, there may be additional charges,” the agency said.

A motive was not disclosed.

The area around base of the Washington Monument was temporarily closed following the incident, as the park service conservators looked to restore the statue.

The base of the monument could be seen smeared with a splash of red paint, accompanied by the words: “Have you been f—– by this … Gov says tough s—.”

The park service was given jurisdiction over the monument in 1933, with the first restoration of the structure beginning as a Depression Era public works project in 1934.

This article was originally published on NBCNews.com